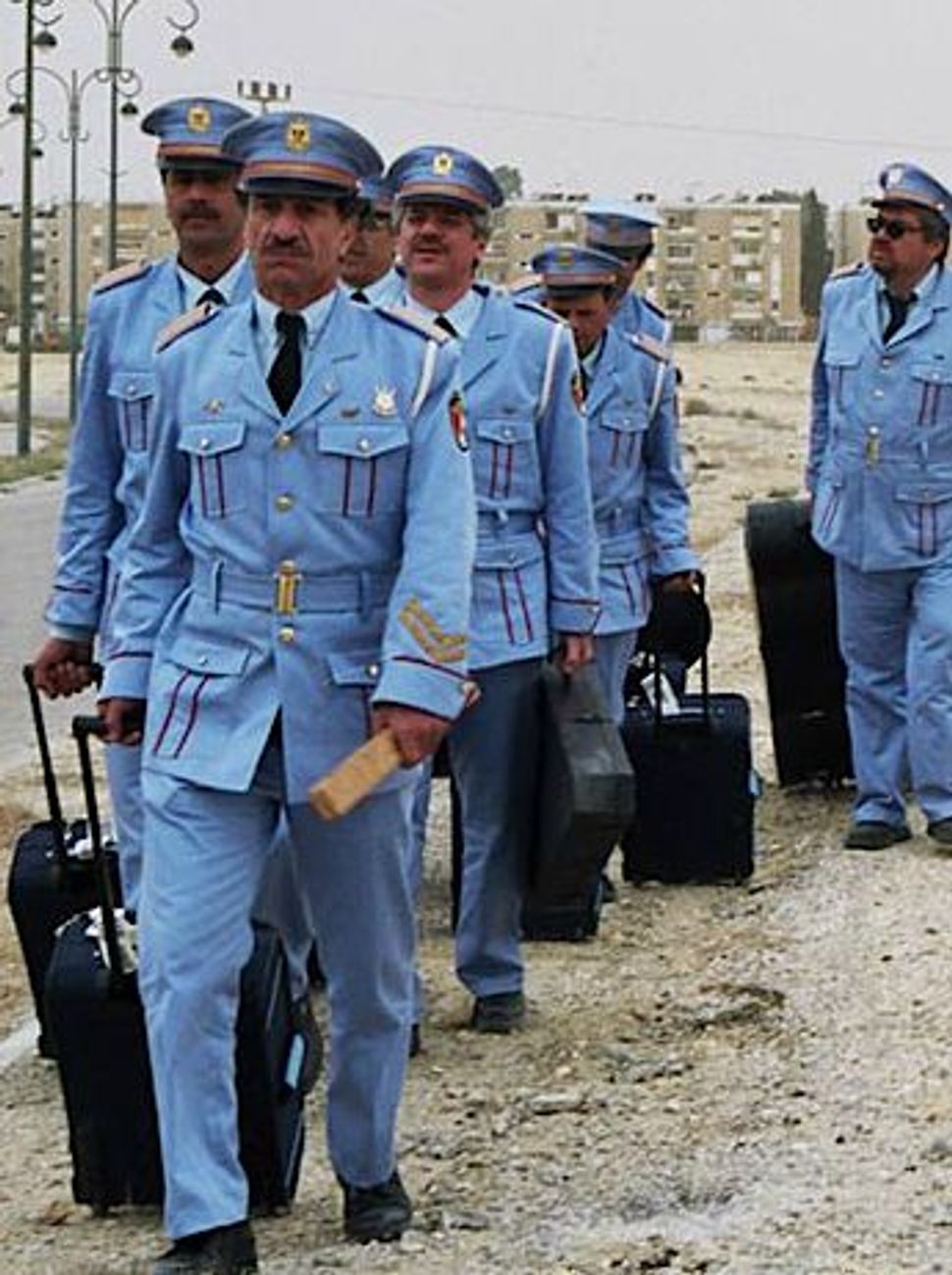 Image by Courtesy of Sony Pictures

Americans have grown accustomed to seeing Israeli entertainment adapted for U.S. screens big and small, and now an Israeli production is making its way to the stage.

Ynet reports that “The Band’s Visit,” a 2007 movie that won three prizes at Cannes, will be staged as an off-Broadway play, with a cast that includes the father and brother of one of the film’s stars. The article doesn’t say when or where the show will be staged, but says it will be directed by off-Broadway director Maxwell Williams and produced by Orin Wolf, whose previous credits include Broadway’s “A View From the Bridge.”

Set in a fictional town in southern Israel, “The Band’s Visit” should offer some interesting challenges for its creative team. The film tells the story of an Egyptian military band that gets lost on its way to a performance at an Israeli cultural center. Instead of playing as planned, the musicians spend a night in a small southern city, where they and their unexpected hosts struggle to communicate in English, and strike up a charming, if temporary, friendship.

One of Israel’s biggest hits on the international film festival circuit, “The Band’s Visit” claimed top prizes at the European Film Awards and at Israel’s versions of the Oscars, but had to sit out the American Academy Awards because too much of its script was in English to qualify for the foreign-language film category.

Playing an Egyptian conductor and musician in the stage version will be Mohammed and Adam Bakri, a father-and-son team from one of Israel’s most prominent acting families. The role of the musician was originated onscreen by Saleh Bakri, Mohammed’s son and Adam’s brother.