Paul Mazursky From ‘Curb’ to Warsaw and Beyond 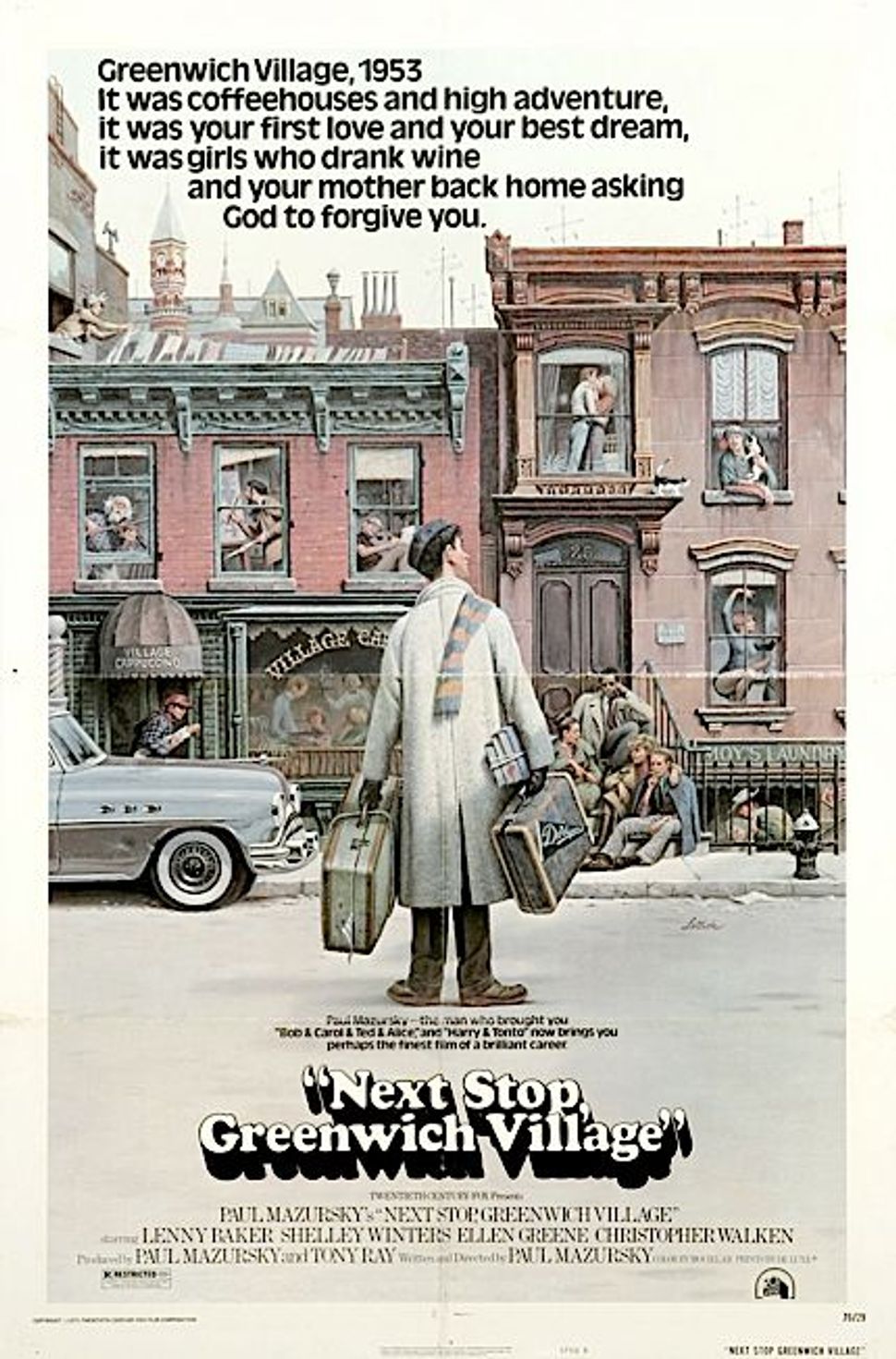 The book consists of softball questions from author Sam Wesson, creating a wholly uncritical aura noticeably absent from Mazursky’s 1999 memoirs, “Show Me the Magic” from Simon & Schuster. Mazursky’s finest work combines pitilessly perceptive laughs with emotional understanding, such as 1968’s “I Love You, Alice B. Toklas,” 1969’s “Bob and Carol and Ted and Alice,” 1974’s “Harry and Tonto,” 1976’s “Next Stop, Greenwich Village,” 1984’s “Moscow on the Hudson” and 1986’s “Down and Out in Beverly Hills.” Mazursky has produced his share of duds, although his artistic success rate is higher than those of either Mel Brooks or Woody Allen, to cite two near-contemporaries.

Always informed with a secure grasp of Yiddishkeit, Mazursky surprised some viewers in 2006 when he released “Yippee: A Journey to Jewish Joy,” a documentary about the annual Rosh Hashanah pilgrimage by Orthodox Jews to the grave of Reb Nachman of Breslov in Uman, central Ukraine. Finding unexpectedly entertaining variety in the Orthodox protagonists whom he interviews, “Yippee” follows the Mazursky pattern of belying expectations.

In a preface to “Paul on Mazursky,” Brooks writes that Mazursky is a “weird combination of worldly sophistication and a kind of Jewish provinciality… [Mazursky] knows the cheap joke works because he knows what people amount to. Worldly is a part of that, but Paul also knows what’s beneath it.” “Paul on Mazursky” also offers wry takes on Mel Gibson’s The Passion Of The Christ (“You either die laughing or go with it”) and proposes that Gibson’s next project might be a blockbuster Holocaust-denial epic (“Holocaust? A Comedy by Mel Gibson”). Mazursky addresses the conflicted Judaism of screen characters played by Elliott Gould in “Bob and Carol and Ted and Alice,” George Segal in “Blume in Love,” and Shelley Winters as the nightmare Jewish mother in “Next Stop, Greenwich Village.” In “Yippee” Mazursky calls Reb Nachman “a real man, a human being,” it’s a description which fits this gifted filmmaker too.

And watch a 2010 greeting to the Warsaw Jewish Film Festival.

Paul Mazursky From ‘Curb’ to Warsaw and Beyond