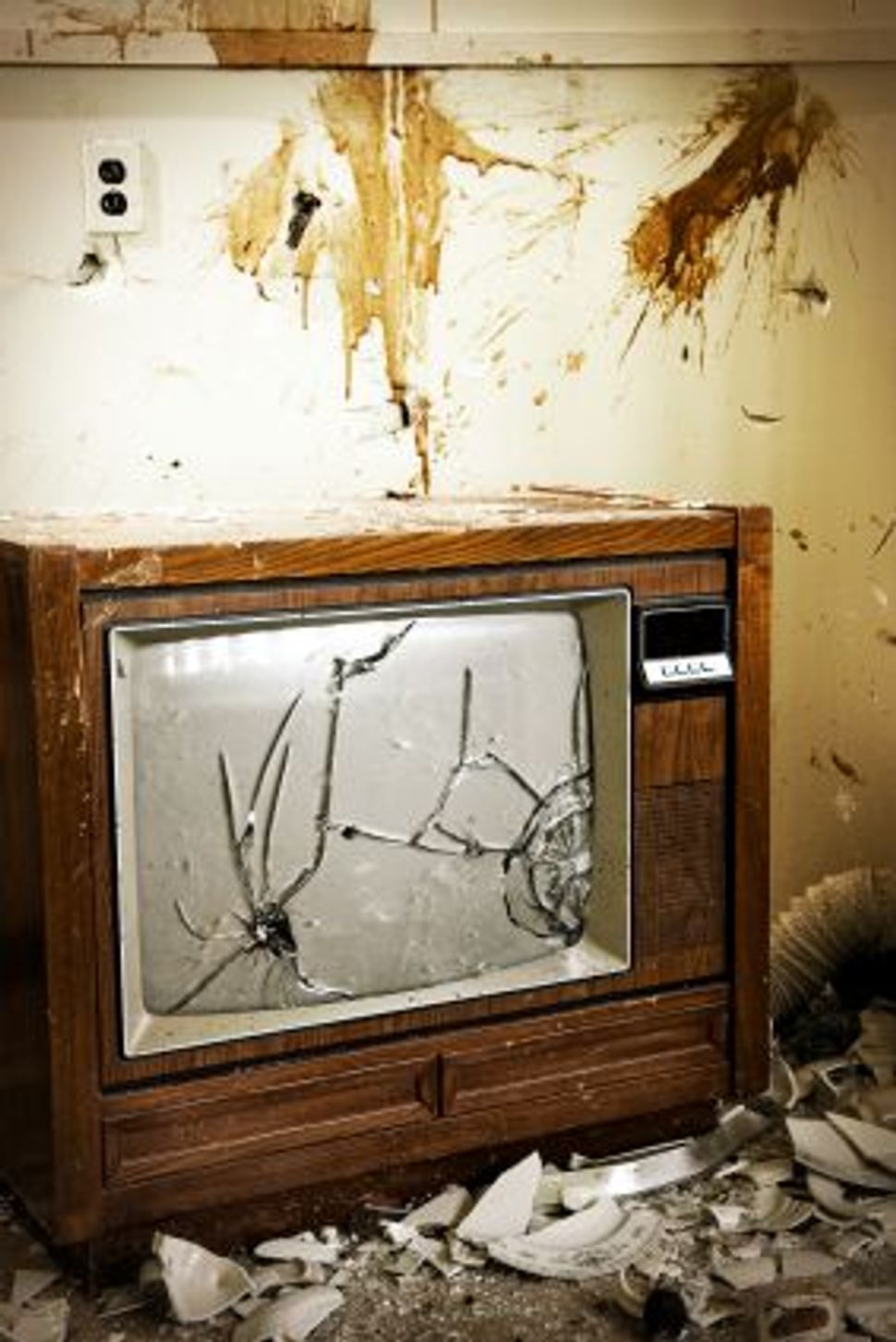 Check out this video. What’s the story? Any guesses? It looks like a video of a garbage processing plant, or maybe a recycling project.

In fact, as the noisy truck starts to tip out its load, so begins the newest bizarre religious ritual in Israel.

Amnon Yitzhak, the charismatic outreach rabbi, decided to hold a ceremony in Jerusalem destroying televisions to make the point that they are a corrupting influence, brining harmful secular values to the lives of viewers. Part of the ritual destruction was held opposite the offices of the Israel Broadcasting Authority headquarters in Jerusalem.

Yitzhak is a secular-born Israeli who became religious at age 24 and has, for the last 15 years, been running Shofar, an organization that encourages people to follow his footsteps and make the same change.

He is prone to taking extreme positions, and objects to practices that are accepted by mainstream Orthodox Jews. For example, he is waging a war on Orthodox musicians, claiming that their performances violate Jewish law. When the renowned Israeli rabbi Elazar Abuchatzeira was murdered earlier this year, Yitzhak went so far as to suggest that the cause of the tragedy was the continuation of such performances. He said:

For 9 months I have been screaming and fighting against the singers who are causing Israel to sin flippantly ignoring the Torah and the gedolei ha’dor and they sing songs that are assur [prohibited] and they perform to mixed audiences… There is no clearer message [in the murder] than this. Someone who is lenient on this [i.e. “prohibited” performances], if it turns out I am correct with what I am saying, he will be blamed in heaven for the death of the tzaddikim [saints]. Remember what I have said, and maybe we will finally have the intelligence to do teshuva [repentance] before the tsunami that is coming, as the tsunami in Japan and Haiti is nothing compared to the death of the tzaddik.

The Shmooze can’t wait to hear what worldly tragedies television viewers are allegedly responsible for.