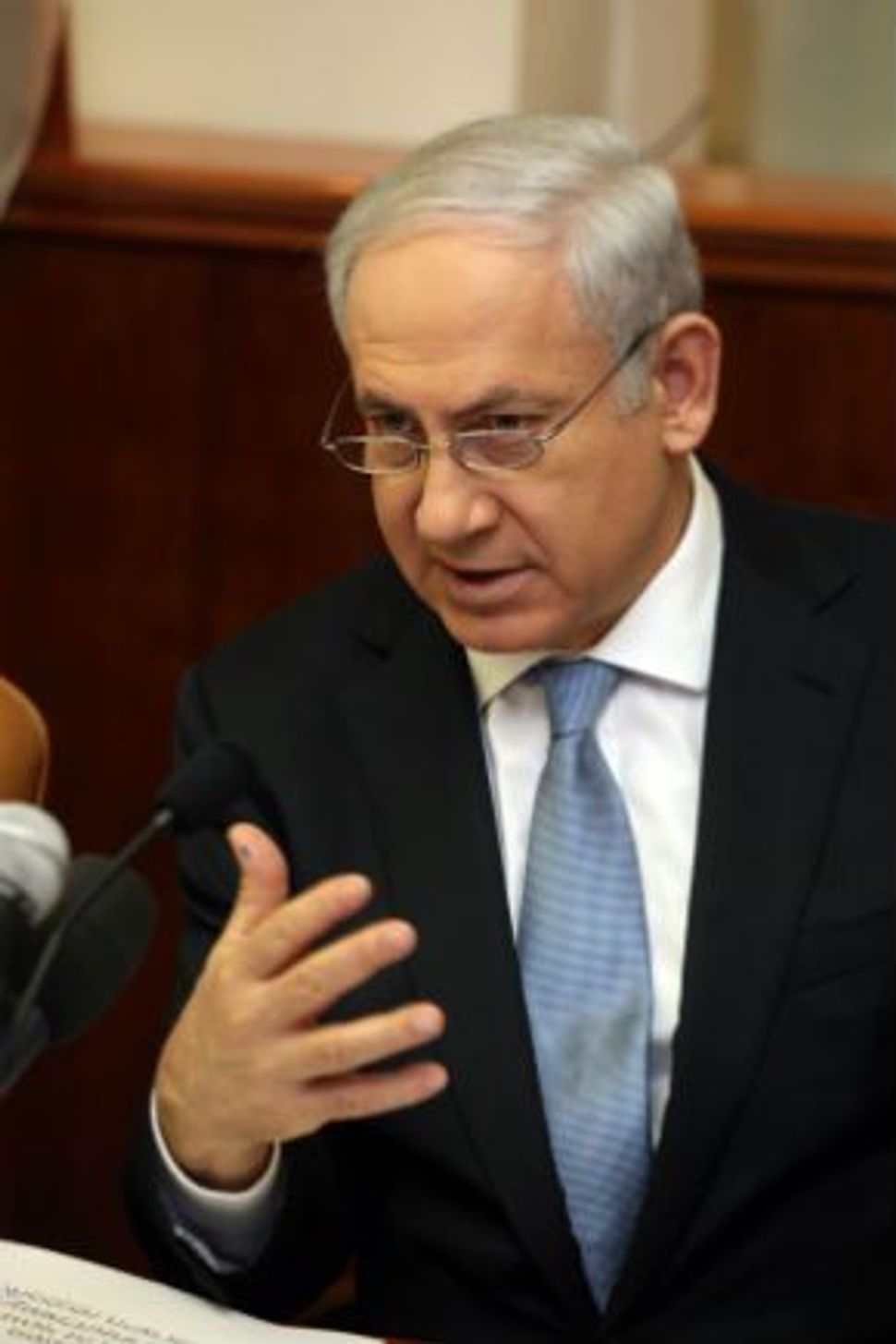 It seems that Bibi is feeling the need to connect with the Word of God these days. Last Friday, Israel’s prime minister announced at a ceremony marking thirty days since the passing of his late father-in-law, Shmuel Ben-Artzi, that he has established a regular Bible study meeting in his official residence in Jerusalem.

The study sessions, which Netanyahu dedicated to the memory of Ben-Artzi, are actually a resurrection of a practice of Israel’s first prime minister, David Ben-Gurion, and also of Prime Minister Menachem Begin. Netanyahu mentioned in a speech Sunday marking the 38th anniversary of Ben-Gurion’s death that Ben-Artzi, a noted poet and Bible scholar, used to attend the study meetings hosted by Ben-Gurion.

“Ben-Gurion understood that the Book of Books is our mandate for our country… He viewed the Bible as the wondrous story of the Jewish people, the unique spiritual, cultural and historic heritage of our people, and also as one of the cornerstones of all of human culture,” Netanyahu remarked.

A love of biblical literature (whether taken to be Divine revelation or not), has been a legacy in the Netanyahu family. In 2010, the teenage Avner Netanyahu, son of the prime minister and his wife, Sara, beat 12,000 other students to win the national Bible Contest. He prepared for the competition by studying with his paternal grandfather, the centenarian Benzion Netanyahu.