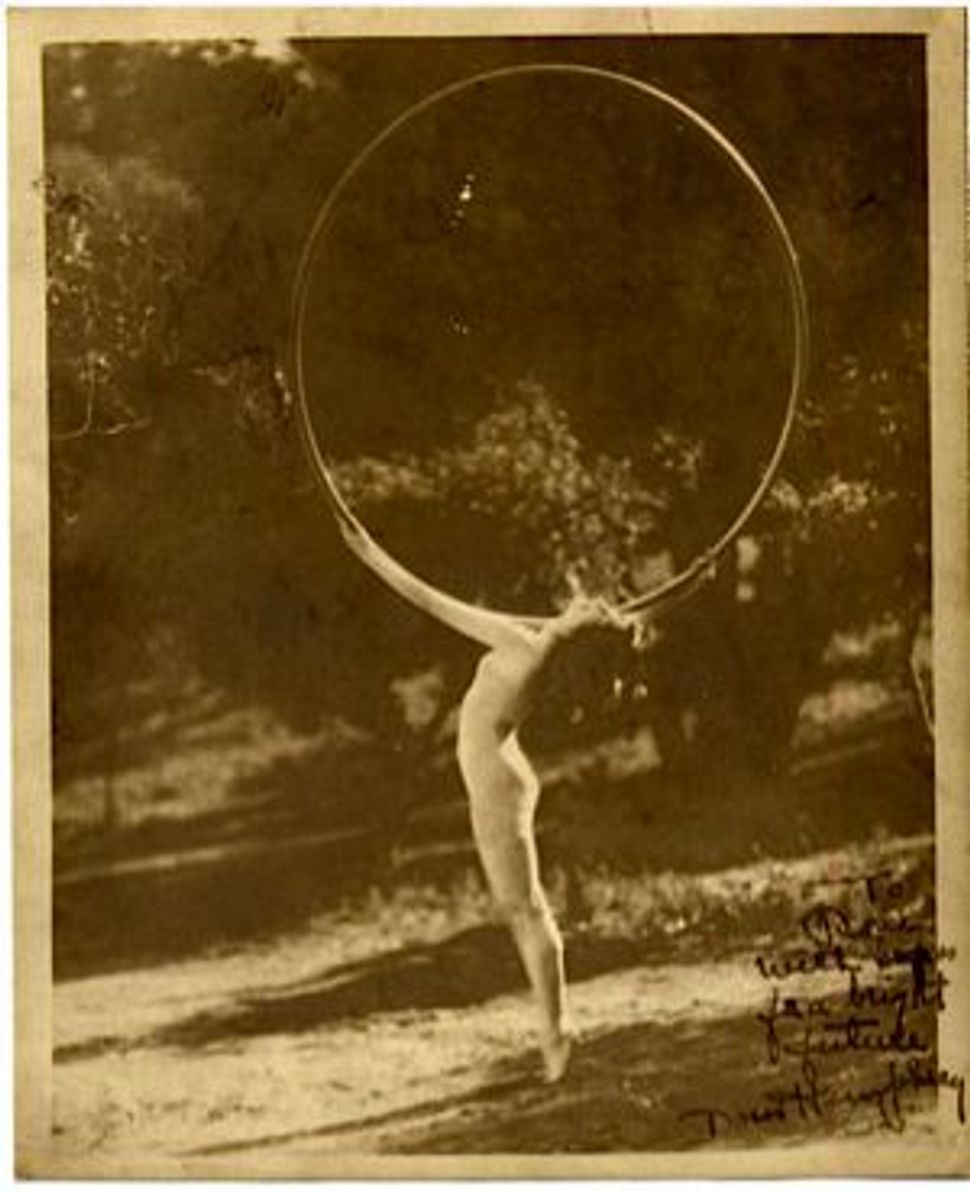 Image by Courtesy of Michael Rice

Michael Rice grew up hearing stories about his mother’s early life as a dancer in New York City, but they never meant all that much to him. “I paid attention, but it was just my mom…my brother and I had a different life,” the now adult Rice reflected.

But when he and his wife Jane unpacked a long-forgotten box his mother, Paula Yasgour, had left behind following her death from cancer in 1993, he realized how significant those stories were. In the box he found the unbound pages of a scrapbook chronicling Yasgour’s career during the nascent years of modern American dance, from 1928 to 1933.

Programs, clippings, photographs and other memorabilia relating to Yasgour’s dance career are now on display at the Bureau of Jewish Education’s Jewish Community Library in San Francisco until February 23. “A Dancer’s Scrapbook” is a glimpse into the life of the young Yasgour at a time when Jewish women fought on various fronts to take part in this new American art form.

“Jewish women immigrants wanted to find something to connect them to American life, a way to break away from tradition,” explained Joanna Harris, a dance teacher, historian and critic, who studied with many of the early modern dancers. “But women in bare feet and ankles, wiggling their tushes was not very accepted. Jews associated dance with burlesque,” she noted. “Modern dance always seemed strange. There was no fame, no money associated with it. And it was performed in union halls, which really made it not kosher.”

However, according to Rice, it seemed that Yasgour’s mother was supportive of her dancing. Her parents had separated and her itinerant rabbi father was out of the picture for the family of five children living in the Bronx. Yasgour began dancing professionally at 19 in 1928, originally using her birth name, Rose. “My mother earned a living as a dancer. She wasn’t just using her being an artist as a way to rebel” Rice noted.

While Yasgour may not have had to contend with disapproval from family and community, she did face latent anti-Semitism among those running the dance companies of the era. By 1926, Rose was studying at the Ruth St Denis and Ted Shawn “School of Dancing and the Related Arts.” St Denis and Shawn, known collectively as “Denishawn” were pioneers of modern dance.

In 1928, the company’s lead dancers and choreographers, Doris Humphrey and Charles Weidman left to form the Humphrey-Weidman company, in large part as a protest against Denishawn’s 10% quota for dancers who were “not All-American.” The Jewish dancers, including Yasgour, went with Humphrey-Weidman, and the company ended up being 50% Jewish, according to Rice. “Doris Humphrey was quoted as saying, ‘The Jewish girls dance like angels,’” Harris said.

Economic pressures led to the company’s dancers performing in Broadway musicals in the early 1930s. The San Francisco exhibition includes programs and photographs of Yasgour’s appearance in the 1934 Irving Berlin-Moss Hart hit “As Thousands Cheer.”

Yasgour also worked as a model for female sculptors. A small piece by Harriet Frishmuth, for which Yasgour modeled, is among the items on display.

However, by the end of 1934, Yasgour had left the world of modern dance behind. Instead, she opted for the life of a housewife and mother. After World War II, she, her husband, and their two sons lived for nine years in Europe, where her husband worked as a social worker for the Joint Distribution Committee, assisting Holocaust survivors. Later, the family moved back to the U.S., where her husband worked as a professional in the Jewish community.

“She would make a point of going with my father to dance performances, like those of the Jose Limon who was also a student of Doris Humphrey,” Rice recalled. It seems that despite Yasgour’s short-lived career, Limon — who led his own dance company — remembered her, too. In his “An Unfinished Memoir,” he wrote:

Doris had trained a group of girls who were a wonder to behold. Some, of course were more gifted than others. But you had to be very good to meet her standards. I remember Eleanor King, Cleo Atheneos, Sylvia Manning, Celia Rauch, Katherine Manning, Virginia Landreth, Dorothy Lathrop, Rose Crystal, Rose Yasgour…”

Now others have a chance to remember a forgotten moment in American dance.