Pictures at the JCC 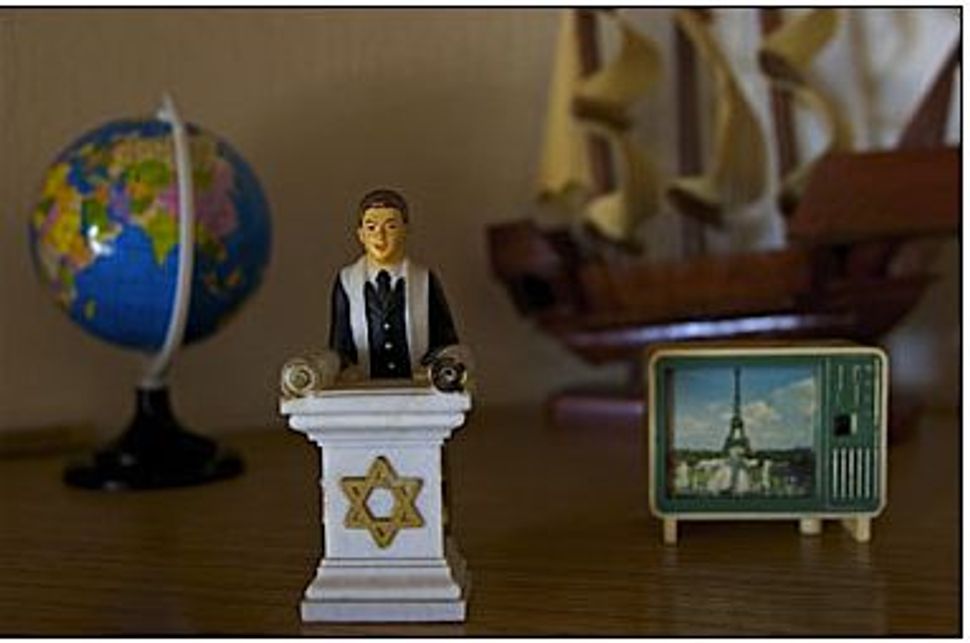 When American Jews first discovered the Jewish community center, or JCC, way back in the 1920s, what drew them in droves was the novelty of its indoor pool and well-equipped gym. 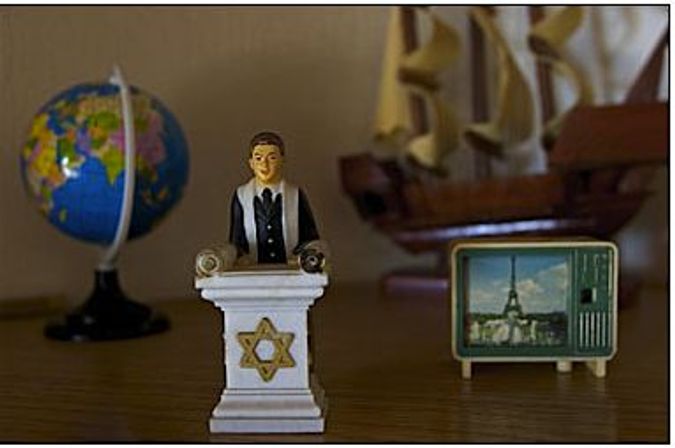 Today, the JCC’s constituents are just as likely to be drawn by the art on the walls as they are by the prospect of exercise. Two current exhibitions, one at the Jewish Community Center in Manhattan and the other at the Washington District of Columbia Jewish Community Center, underscore the increasing importance of the gallery to Jewish communal life.

At the Upper West Side home of the JCC, photographer Lori Grinker, in collaboration with her cousin, Richard Grinker, an anthropologist at the George Washington University, takes the measure of her far-flung family. Grinker’s aptly-named show, “Distant Relations,” which runs through January 5th, focuses on the ways in which her relatives, citizens of Ukraine, South Africa, England and the United States, come to be at home in today’s world.

Whether taking contemporary photographs of old-time images that are evocatively arrayed on a desk much like a still-life, or capturing her young cousins exuberantly at play on the soccer field, Grinker celebrates the Diaspora and with it, the elusive meaning of connection.

In the nation’s capital, meanwhile, place is also the subject of an eye-opening exhibition of photographs called “Walking Tel Aviv.” These images of the White City were taken just a few years ago by David Bergholz, a celebrated fine arts photographer who usually calls Cincinnati home.

Intrigued by Tel Aviv’s odd fusion of “great energy and quirky beauty,” he ended up taking more than 700 photographs of the city within the space of a two week visit. A handsome selection of them will be on view at the D.C. JCC for several weeks, beginning in early January.

By turns quizzical and wry, tender and generous, this exhibition serves as a companion (a cousin, perhaps?) to Grinker’s show, reminding us that whether we roam far and wide or stay close to home, there’s always more than meets the eye.

Pictures at the JCC