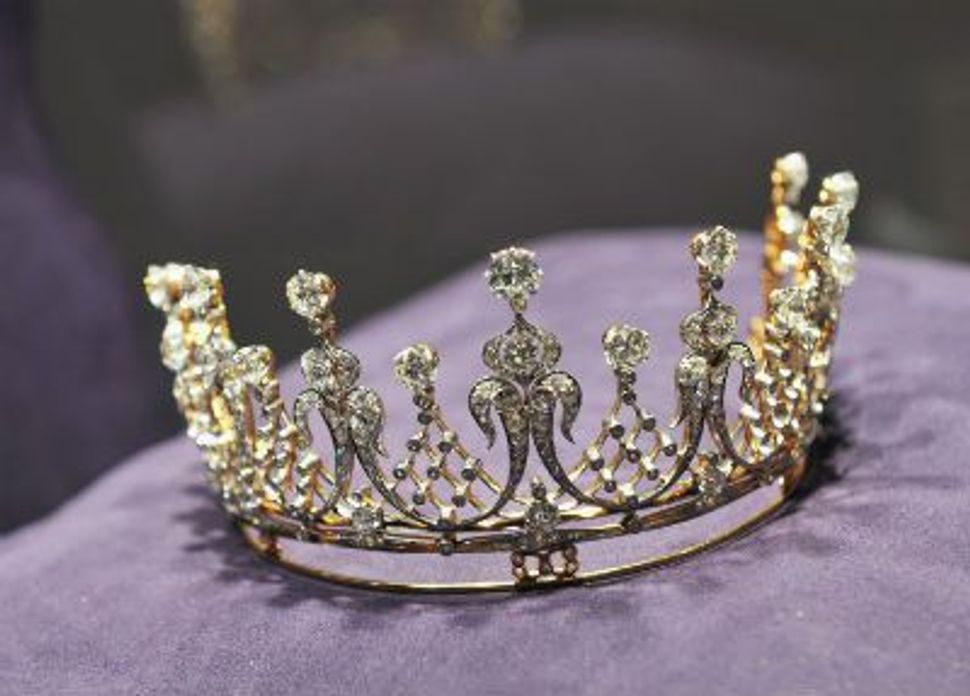 This tiara sold for $4.2 million. Image by Getty Images

So, it may not come as a shock that the auction of Elizabeth Taylor’s jewels netted a cool $116 million, some of which will benefit the late screen legend’s Elizabeth Taylor AIDS Foundation. The final tally was, however, a surprise for Christie’s, which thought the jewelry would bring in only $20 million.

On the block were 80 items, many of which were gifts from her numerous ex-husbands and close friends like the late Michael Jackson. Her Cartier-designed necklace with a 16th-century pearl sold for $11.6 million, the highest price ever paid for a pearl necklace. Gawker reports that Taylor’s then-husband Richard Burton paid only $37,000 for the necklace when he bought it.

Among the other items that fetched high prices were a 33-carat diamond ring that sold for $8.8 million and a tiara that went for $4.2 million.

There’s been no word as to who the purchasers of Liz’s jewels are. But if you happen to see someone walking around wearing some very big white diamonds (and the Shmooze refers to actual diamonds, not some eau de toilette), that might be a good tip off.