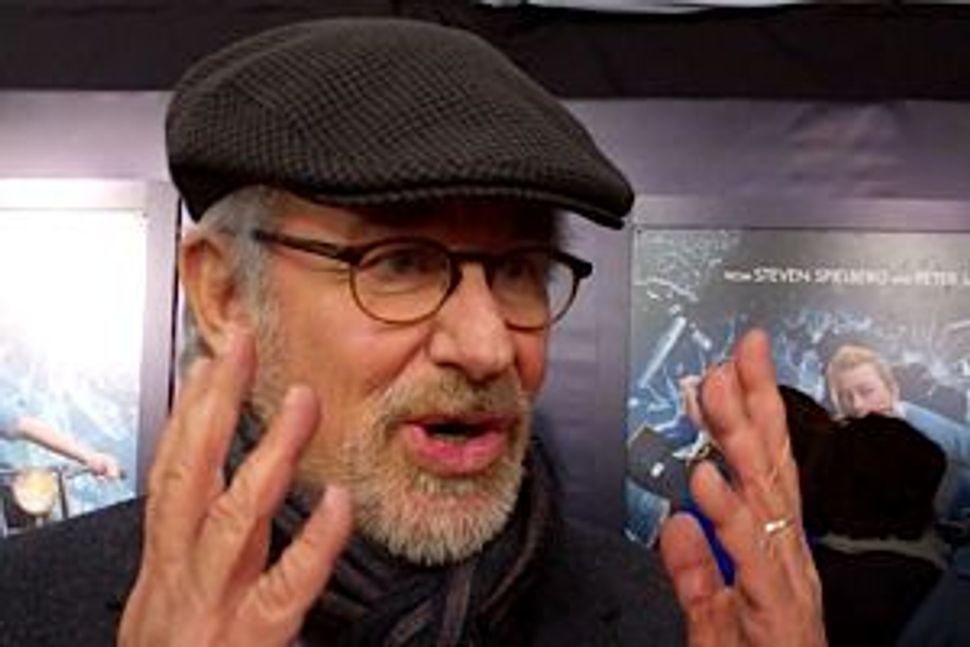 Steven Spielberg walked the red carpet at New York City’s Ziegfeld Theatre on December 12 like a regular guy, wearing an understated houndstooth cap, a knit scarf and wool overcoat. It was the New York City premiere of his 3D motion capture animated movie, “The Adventures of Tintin,” opening December 21. 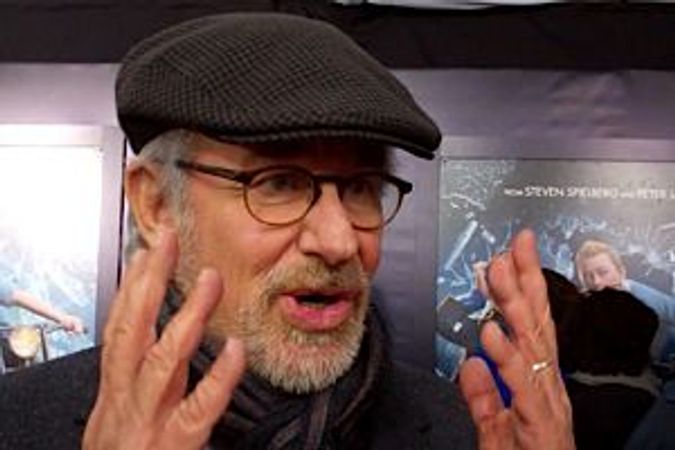 Tintin, a cartoon journalist created by Belgian artist Hergé in 1929, is well known outside of the U.S., but Spielberg hadn’t heard of him until 1981, when a French review of “Raiders of the Lost Ark” compared Indiana Jones to Tintin. Spielberg’s 3D film is based on Hergé’s stories “The Crab with the Golden Claws” (1941), “The Secret of the Unicorn” (1942) and “Red Rackham’s Treasure” (1943).

The Arty Semite caught up with Spielberg outside the Ziegfeld to ask him about using motion capture technology, making Tintin 3D, and what Snowy should look like.

Dorri Olds: How long did it take to make this movie?

Steven Spielberg: It’s been a labor of love for 28 years, when I first optioned the rights from the Hergé estate. I had the honor of meeting, on the telephone, the great Hergé in 1983. This has been the longest gestation between the intention to tell a story and the actual realization. It’s taken all these years but I’m so proud of where we landed.

What was it like bringing the characters to life in 3D?

I was very subtle with the 3D, I didn’t want it to be right in your lap. I wasn’t trying to make a sensationalized 3D movie. I wanted it to be how we see life. We take for granted that we see in 3D. Suddenly we see 3D movies and we’re going, “Oh my God it’s in 3D!” We forget that we see 3D every day. I just wanted it to be lifelike.

What would you say to people about to see the film?

Whatever you’ve heard about motion capture, emotion capture, performance capture, digital animation, this movie will only really work if after five minutes into it all you focus on is the story and the characters and all the fun you’re about to have. So, forget everything you’ve heard and just go and enjoy Tintin.

What was the challenge using motion capture?

When working with animation, my hands aren’t tied by weather, real sky, real earth, real ocean. I can go anywhere, do anything, move the camera anywhere I wanted to. Suddenly with my hands free, it was limitless and gave me a chance to make a movie that allowed my imagination to take me anywhere it wanted to go.

What technical difficulties did you run into?

There are always technical difficulties. Motion capture is a very fluid technology. It’s always getting better. When we got halfway through the animation we realized how to make it better, more realistic, then had to go back into the first part of the movie and reanimate.

What is the importance of the dog, Snowy, in the story?

Snowy is Tintin’s sidekick and sometimes it’s the other way around. Snowy brings the audience in. He brings a point of view. He says to the audience, “Yeah, I’m with you, this is very confusing.”

Were there any arguments about how Snowy should look?

No, never. Hergé was our style guide. We got every picture of Snowy he ever drew, put it into a computer, looked from every angle, put him on a turntable, until we were able to find a three dimensional — I don’t mean 3D popping out at you — but a dimensionalized Snowy that honored the Hergé design.

What was your first impression upon meeting producer Peter Jackson?

It was great. I loved being around him. Peter was a brand new voice, a very original voice. I just knew he was going to do great things. We all did. I remember when [Robert Zemeckis] sponsored him. I sponsored Bob first then Bob sponsored Peter with the movie, “The Frighteners.” We all had a hand in pulling each other up in life.

Did you learn anything from Peter during the making of Tintin?

Yeah, I learned how to be a lot funnier than I am in real life. [Laughs]

Watch the trailer for ‘The Adventures of Tintin:’