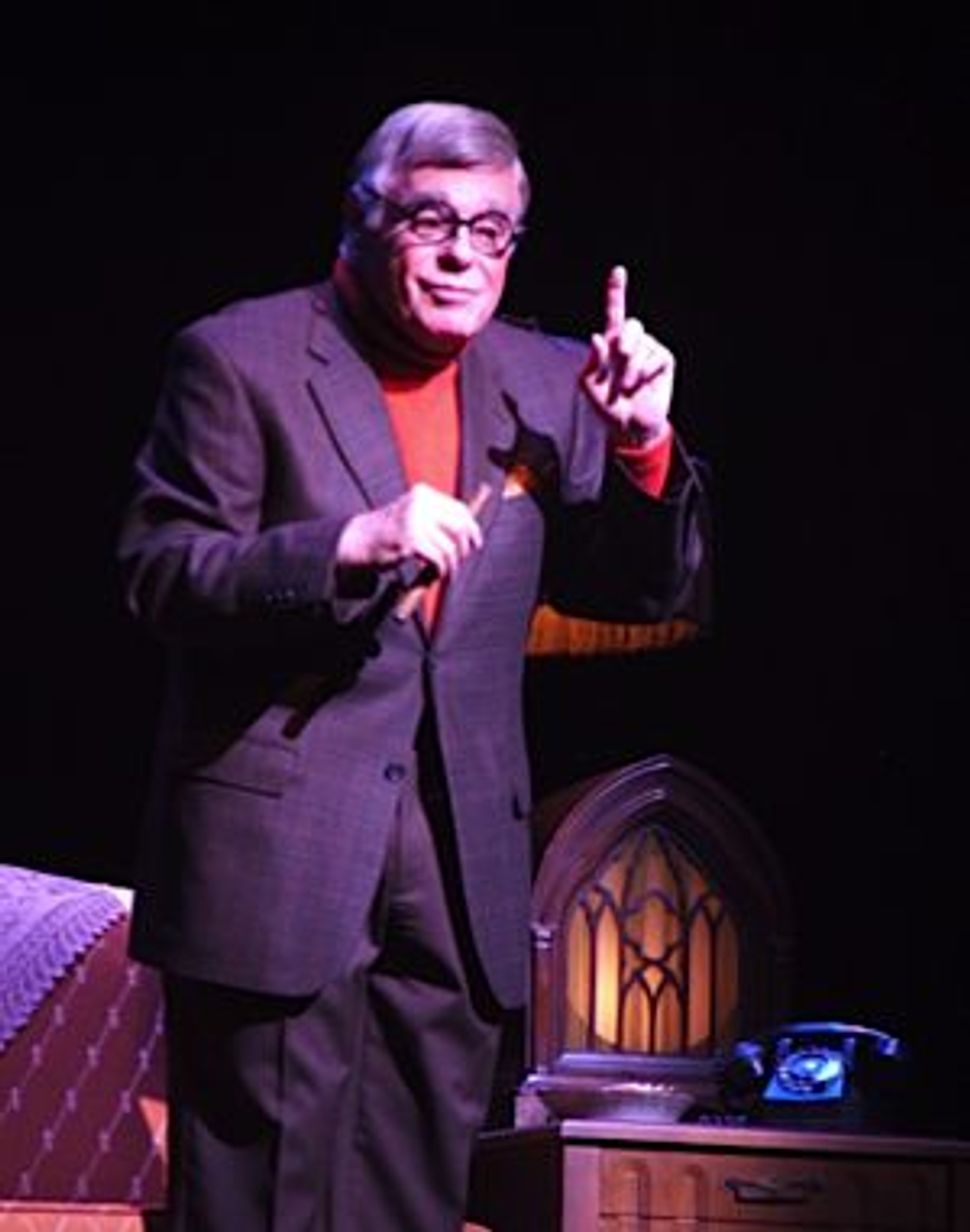 Joel Rooks was raised in Swampscott, Mass., in a Jewish family that owned a women’s retail clothing store. George Nathan Birnbaum grew up in an Orthodox Jewish family at 259 Rivington St., on Manhattan’s Lower East Side. Birnbaum grew up, took the stage name George Burns and became a star of vaudeville, films and television. 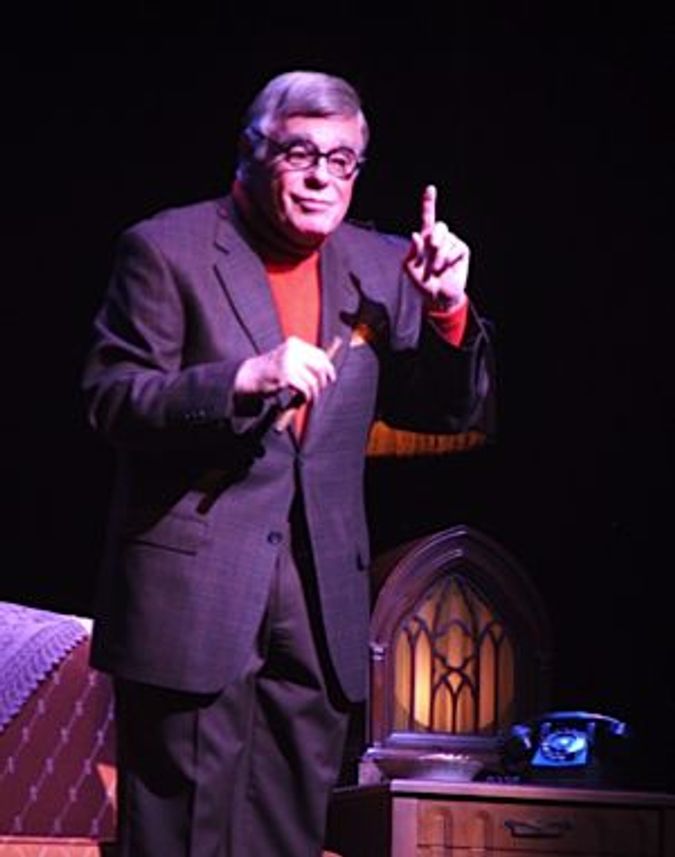 Though Rooks always wanted a career in show business, there were no outlets for that energy in Swampscott. So, he took the traditional route: a role in the family business, marriage and children. But a divorce (amicable, he says) left him with time to fill. He joined a community theater group, re-discovered his passion and eventually moved to New York to pursue it.

Following stints on “Law & Order” and a few soap operas, in 2002, Rooks landed the role of understudy in the one-man Broadway show “Say Goodnight, Gracie,” in which Burns is portrayed. Rooks was a natural, and he’s been performing as Burns ever since — most recently at Manhattan’s St. Luke’s Theatre, which started a run of “Say Goodnight” in October. The Arty Semite spoke to Rooks about his transformation into one of America’s most beloved comedians, the reason for Burns’s undying popularity and his uncanny knack for storytelling:

Curt Schleier: How did you end up playing Burns?

Joel Rooks: My agent wanted to know if I could do George Burns. He said they were auditioning for understudies for Frank Gorshin [in “Say Goodnight, Gracie”]. I went to the Museum of Broadcasting to watch some of Burns’s old shows. I auditioned for [playwright] Rupert Holmes, [producer] Bill Franzblau and the whole production team. I got cast and spent a year backstage watching Frank or reading a book.

Then we went out on the road, and I got on a few times, when Gorshin was not feeling well. After we finished the tour, people started calling my agent and Bill about reviving the play, and I’ve been doing it a lot on my own these last seven years — in Kansas City, Philadelphia, Detroit.

How much did you know about Burns before you worked on this play?

Not a whole lot. I knew them — Burns and his wife, Gracie Allen — from television, like most people. But I discovered they had this deep love for each other. That was a revelation. His friendship with Jack Benny was another surprise. I knew they came up together in vaudeville, I just didn’t know how much they meant to each other. When Jack died, George was inconsolable.

Why is Burns still popular?

That’s a good question. First, his humor is timeless. Some of the biggest laughs in the show stem from clips from 1932. Those short little comedies [Burns and Allen] made for Paramount get the biggest laughs. Burns’s humor stands up; it’s not set in a particular time. Also, there was something in his personality, a warmth and humanity that I think people relate to. And he was a great storyteller. Watch old interviews of him with Jack Paar or Johnny Carson, and he told story after story that was incredibly funny.

He was something of an innovator, too, wasn’t he?

Yes, very avant garde. He was one of the first people to break the fourth wall (between actor and audience). He’d look right into the camera and talk to viewers. And he’d watch on TV the TV show he was in to see what was going on with his neighbors and Gracie. It was unique, and it wasn’t until years later that Garry Shandling did it.