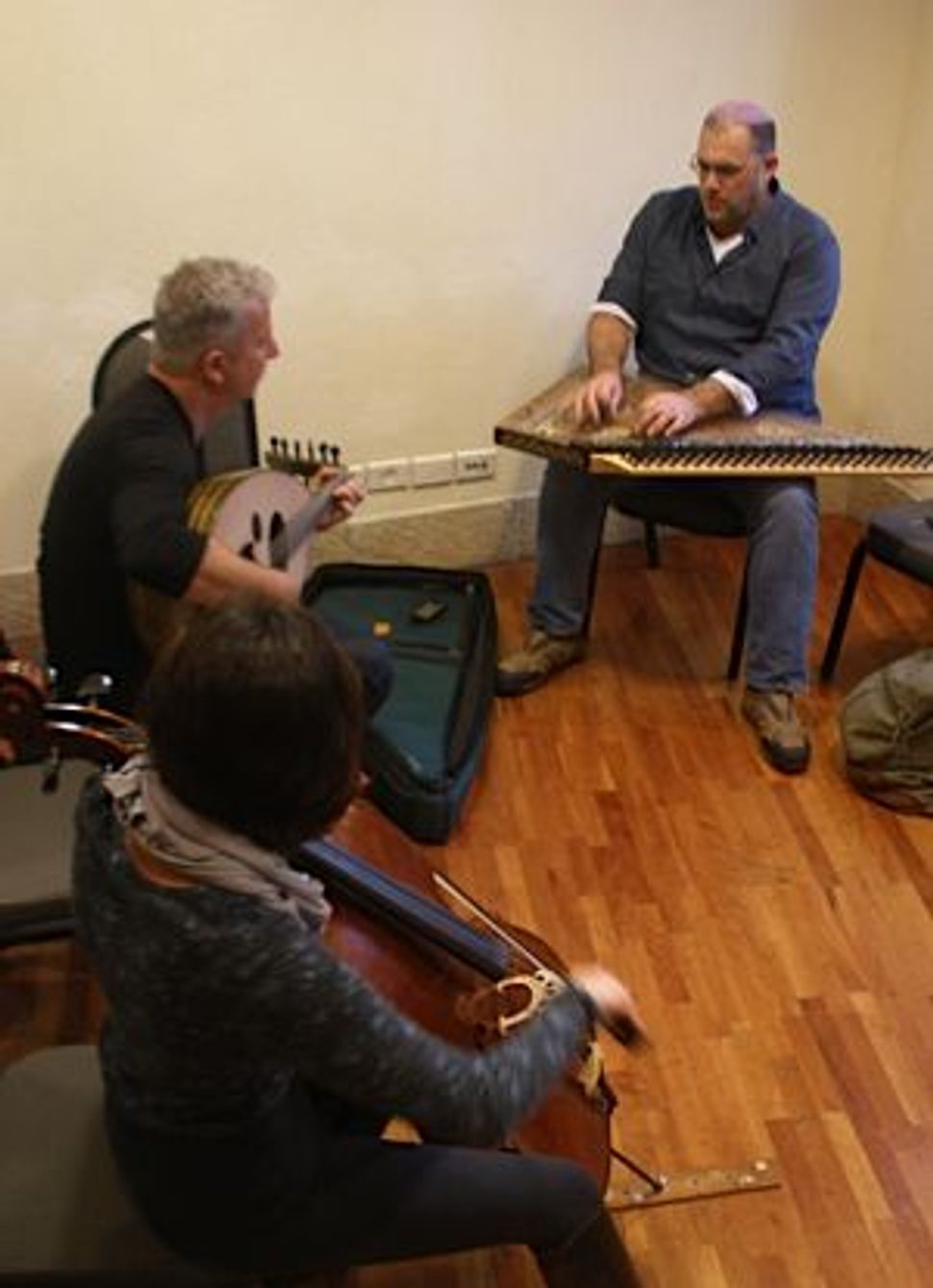 After a six-year hiatus, the Mediterranean Musical Meeting festival returned to Jerusalem’s picturesque Mishkenot Sha’ananim neighborhood last week, filling the cobblestone streets with the sounds of young Israelis learning Middle Eastern music, or as it is known in Hebrew, musica ethnit. The term has evolved to mean acoustic, traditional Middle Eastern music, or new compositions based on that style, rather than musica Mizrahit which means “Eastern music” but refers to Israeli-Oriental pop and club music.

Due to the historical Ashkenazic dominance of cultural life in Israel, musica ethnit was semi-underground until relatively recently. It was kept inside immigrant communities, or played occasionally on the radio late at night. The annual Mediterranean Musical Meeting, first conceived over 15 year ago, was one of the first events to promote musica ethnit workshops and concerts, but came to an abrupt halt toward the end of the Second Intifada.

“I thought that was it,” said Edwin Seroussi of the Hebrew University, speaking of the last time the festival occurred and the long break in-between. “We ran it for 10 years, and it did a lot for musical life here — learning the [traditional] music became a lot more common.”

Many of the students of musica ethnit got turned onto traditional music during their semi-obligatory, right-of-passage months-long India journey. Upon returning from their travels, they found something closer to home, such as piyutim (Middle Eastern Jewish religious songs) and Arabic, Persian and Turkish music.

For some, learning and playing this music is a passion for parties and nights with friends, but for many, it becomes a way of life.

“The students have gotten so much better,” said musician Elad Gabbay, who teaches piyutim and qanun (a Turkish zither) at the festival. “When we first started out, students would know just a few rhythms or scales. Now, we have to go hardcore. I can’t teach the regular piyutim I do [in other workshops] because the students here already know all of them.”

After conducing an informal survey, I found that about half of the attending students came from an Ashkenazic background, and almost certainly didn’t grow up hearing traditional middle-eastern sounds.

The next generation will not able to say the same, as the surge of popularity in non-Western music has begun to filter through the educational system. Many primary and secondary schools now offer courses in Middle Eastern instruments and singing as part of their music programs, and several universities now offer performance degrees in Middle Eastern music. According to Seroussi, one of the architects of the festival, this would have been unthinkable 10 or 15 years ago.

The Mediterranean Musical Meeting, true to its name, features guest teachers from Greece and Turkey, including the legendary Ross Daly, who has been a driving force in reviving traditional Cretan music, and Istanbul-based qanunist Mumin Sessler, who works regularly with Israeli Sephardic diva Yasmin Levy. Also holding forth at the festival are Yair Dalal, perhaps Israel’s best known international export for musica ethnit, and Taiseer Elias, who heads the Oriental Music Department at the Jerusalem Academy of Music and Dance and was one of the members of Bustan Abraham, the seminal Jewish-Arab ensemble that burst onto the world stage in the 1990s.

The festival is hosted by the Jerusalem Music Center, an organization that deals with Western classical and art music almost exclusively. Given the way things are going, that might not be the case for much longer.