Does Your Dog Deserve a ‘Bark Mitzvah’? 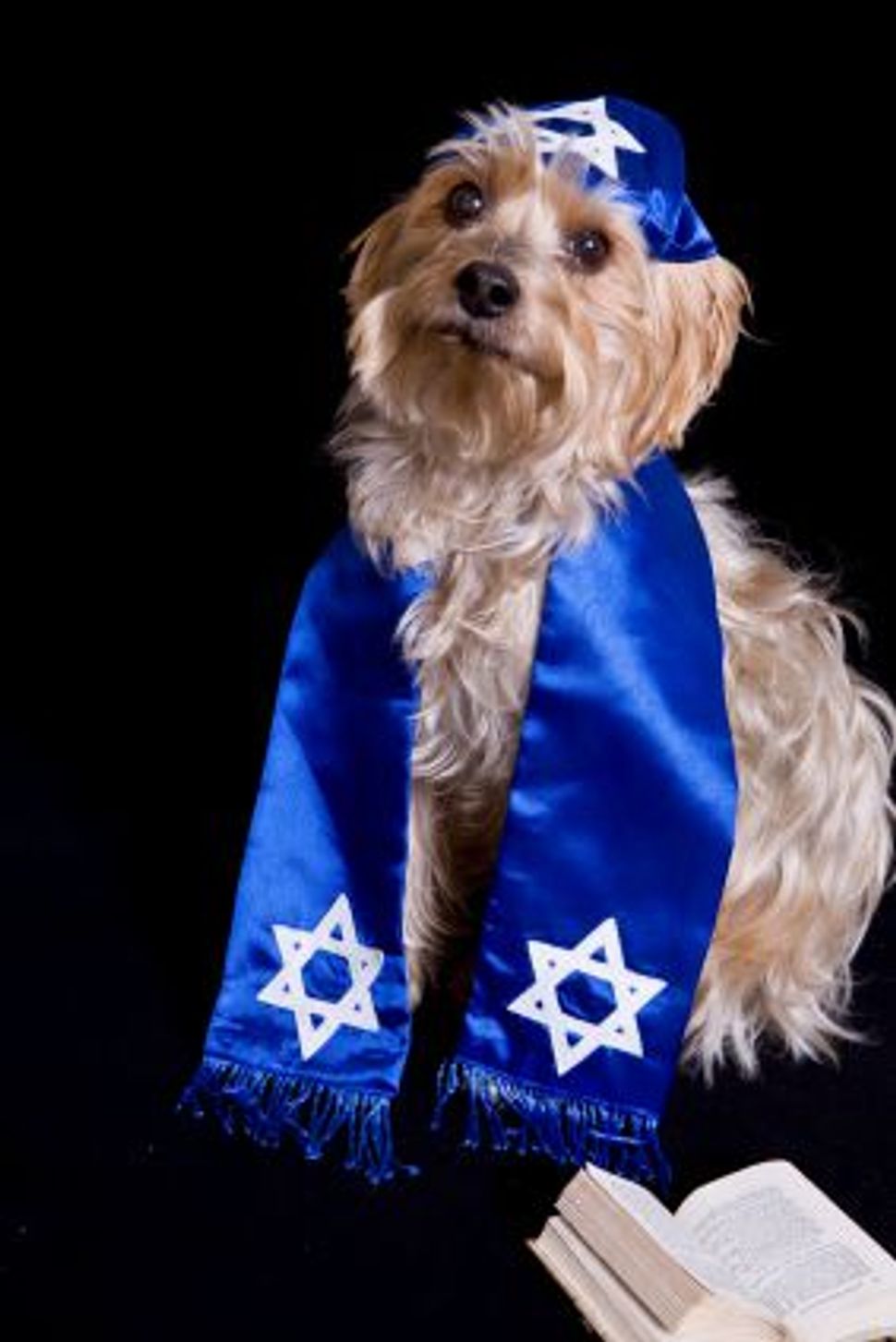 It is with mixed feelings that the Shmooze brings you this latest development in dubious religious trends: the rise of bar mitzvahs for dogs.

While not exactly mainstream, the ceremonies, known as “bark mitzvahs,” are apparently now a rite of passage for some Jewish dog owners and their pets, part of what the Associated Press describes as a “booming multimillion-dollar industry.”

The AP yesterday released footage of a ceremony honoring a New Jersey canine named Nicky, who celebrated reaching age 13 — in dog years — by donning a kippah for a ceremony attended by his owner and friends. “I really believe that the animals have a right to have a party and a religion,” said Lee Day, a talis-wearing woman described by the news service as a “bark mitzvah performer.”

Predictably, not everyone is thrilled with the trend. “It’s really part of a sacred tradition,” said Rabbi Daniel Satlow, referring to the human version of the ceremony. “To imagine that a dog could do anything like this is degrading.”

Does Your Dog Deserve a ‘Bark Mitzvah’?