A Letter from Dad…on Hitler’s Stationery 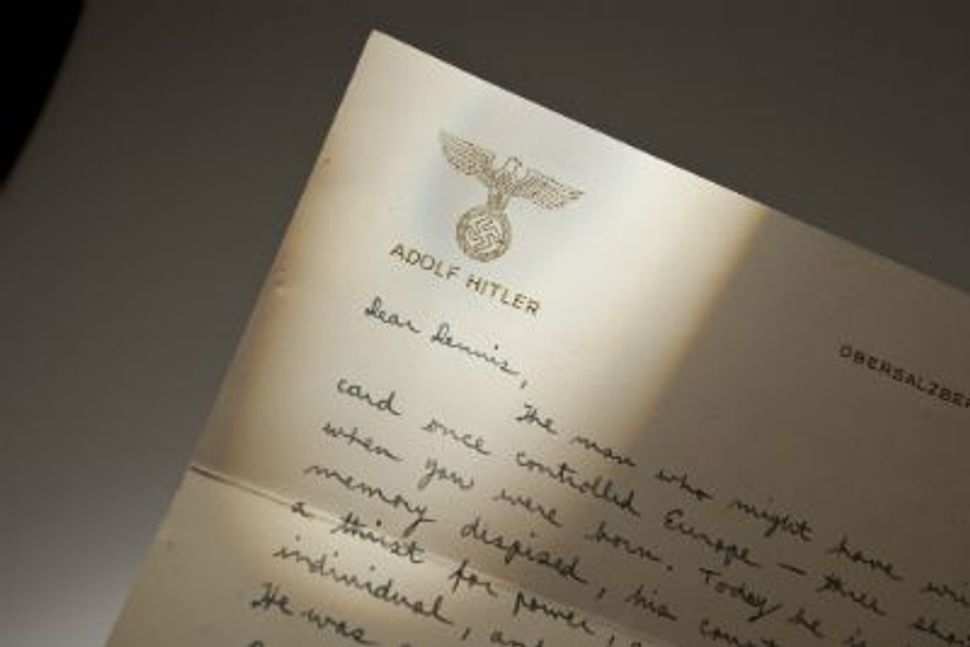 Many of us have saved old letters and cards that were sent to us by family members and close friends when we were children. Some of us even have scrapbooks filled with old “Welcome Baby” notes and birthday cards that our parents compiled as keepsakes.

But only Dennis Helms has such a greeting written on Adolf Hitler’s personal stationery. The CIA recently acquired and put on display a note that Helms’ father, Richard (then an OSS officer) wrote from Germany to his three-year-old son back home on May 8, 1945 (Victory in Europe Day).

Having taken a sheet of the stationery from Hitler’s Bavarian hilltop retreat, he proceeded to write:

The man who might have written on this card once controlled Europe — three short years ago when you were born. Today he is dead, his memory despised, his country in ruins. He had a thirst for power, a low opinion of man as an individual, and a fear of intellectual honesty. He was a force for evil in the world. His passing, his defeat — a boon to mankind. But thousands died that it might be so. The price for ridding society of bad is always high.

Definitely not the kind of note most dads write to their toddler sons. But then again, Helms was not your usual dad and the occasion on which he wrote this letter was not your average one, either.

The elder Helms, “an urbane and dashing spymaster” went to work in the CIA (the successor to the OSS) rising in the ranks to Director of Central Intelligence during the Johnson and Nixon administrations. He was eventually convicted of covering up covert actions in Chile and Cuba.

The letter is on display at the CIA Museum’s newly renovated OSS Gallery, together with a plate inscribed in German with “The Chacellery of the Fuehrer,” which Helms, after slipping into the Russian Zone, took as a souvenir from Hitler’s office compound in the fall of 1945.

A Letter from Dad…on Hitler’s Stationery