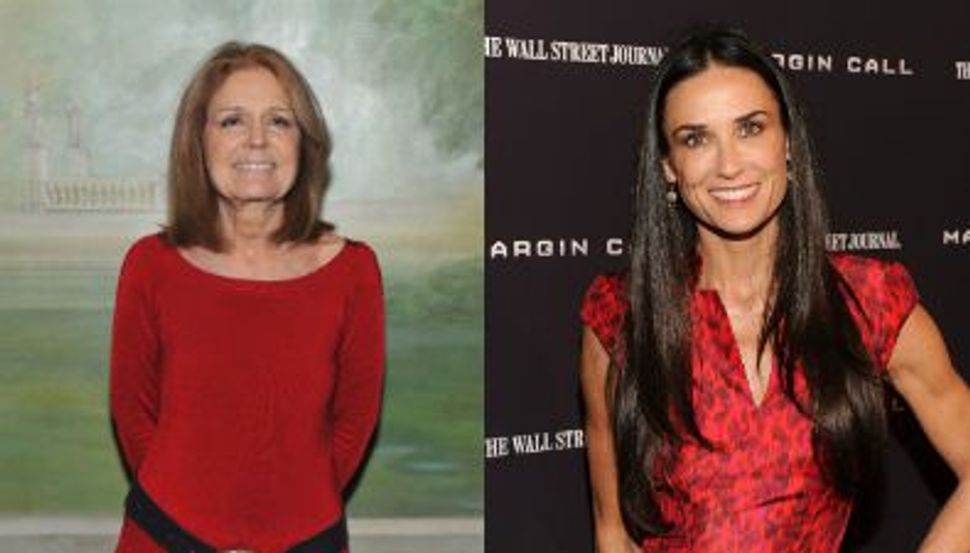 The Shmooze can totally see Demi Moore as feminist Gloria Steinem. We may not be casting directors, but we can certainly see the resemblance in terms of hairstyle and bone structure.

Seyfried reportedly got the starring role after plans to give it to the perpetually legally challenged Lindsay Lohan fell through. Joining Moore and Seyfried in the biopic will be Peter Sarsgaard, Hank Azaria, Sharon Stone, Chris Noth, Adam Brody, and Eric Roberts (as Lovelace’s “Deep Throat” co-star Harry Reems).

Rumor has it that James Franco will make an appearance as Hugh Hefner. The Shmooze can easily picture that, too.