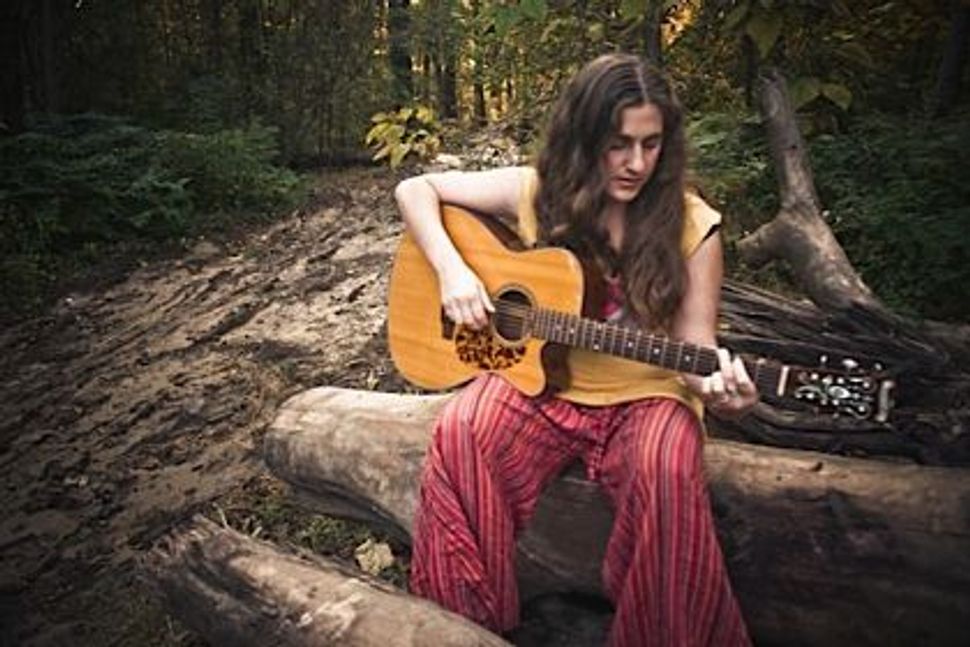 Not every singer-songwriter can sing lyrics like, “You got a big heart, sweet like a Pop-Tart, bigger than Walmart” and hope to be taken seriously. But Chana Rothman can, and she does so on the bouncy first track of her new album, “Beautiful Land.” That track, somewhat reminiscent of Kimya Dawson (whose songs were featured in Jason Reitman’s powerful film “Juno”), is called “Shine.” The object of Rothman’s complimentary lyrics is a young person whom the singer is encouraging to grow up strong and proud of her individuality.

The Rothman we hear on “Beautiful Land” is clearly recognizable from her debut album, “We Can Rise,” but here she goes in new musical and lyrical directions. Her earlier music, though accomplished, was heavy-handed politically and religiously (there was no mistaking her left-leaning opinions), while her new songs leave more to the listener’s interpretation. If the former was a form of musical activism, the latter is a show of increasing artistry.

“In the time between my first and second album, many things unfolded musically, professionally, and personally,” Rothman told The Arty Semite. “I got married, traveled to Jamaica and South Africa, moved to Philadelphia, took African drumming classes, and got pregnant. I also had a lot of different types of musical experiences.”

With regard to the more immediate, acoustic sound of the new songs, Rothman reflected that she “began connecting more with an acoustic, simple vibe with which to express my words and melodies.” She added that after consulting with producer C Lanzbom, “I decided that I didn’t want any drum kit or electric bass on this album… So the whole thing felt more mellow, organic, and fitting to the vibe I was feeling inside.”

On “We Can Rise” Rothman slid in and out of Hebrew, but this time she offers six all-English numbers. Following “Shine,” comes “Beautiful Land,” a polyrhythmic tribute to the people and landscape of Jamaica. Next comes the hip-hoppy “Inadequate,” the one track on the album in which she makes a return to socio-political messaging.

On the second half of the EP Rothman makes the greatest departure from her earlier work. “Come on Home” is a mournful gospel-like reflection on the Mourner’s Kaddish, with its emphasis on praising God’s name rather than directly memorializing the dead. On “Baby Do That Dance,” Rothman flexes her flirty, jazzy chops. The singer describes it “like being in a smoky bar on the Lower East Side with a diva singer who doesn’t take herself too seriously.” Finally, Rothman closes with “Remember Your Name,” a sensitive and heartfelt tribute to the late King of Pop, Michael Jackson, with a slide guitar solo by Lanzbom.

Listen to ‘Baby Do That Dance’:

“I feel that while ‘We Can Rise’ was an opening statement on the many ways to express faith and justice, ‘Beautiful Land’ integrates the many stories that have moved me deeply as a human, songwriter and musician,” Rothman said. We look forward to hearing where life will take her next.