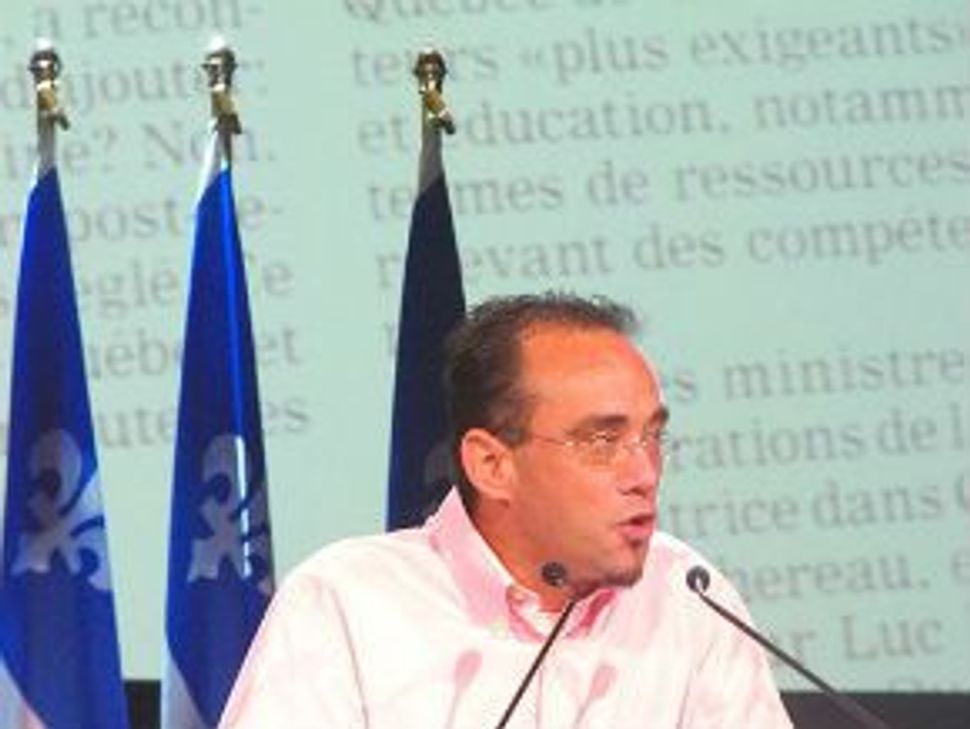 A small-town Canadian politician and talk-show host is in trouble — again — for on-air, anti-Israel rants.

As CTV reports, the rant wasn’t Gendron’s first offense; he had been removed from the airwaves following complaints after comparing Israelis to Nazis in a newspaper interview.

“He is a dangerous force, a divisive force,” Rabbi Reuben Poupko, a Montreal Jewish community leader, told CTV. “And the fact that the management and ownership of that station continues to tolerate his presence on air as they dismissed him five years ago is bizarre.”

While Gendron’s remained silent on the controversy, a spokesperson for V Network, which airs his show, defended his stances. “This program is neither a news telecast or a news magazine and its hosts are not journalists,” Diane Patenaude told the CBC. She did add that the network will meet with Gendron this week “to discuss the situation.” CBC notes that Gendron also publicly supported the 2010 boycott of a Montreal shoe store that sold shoes made in Israel.