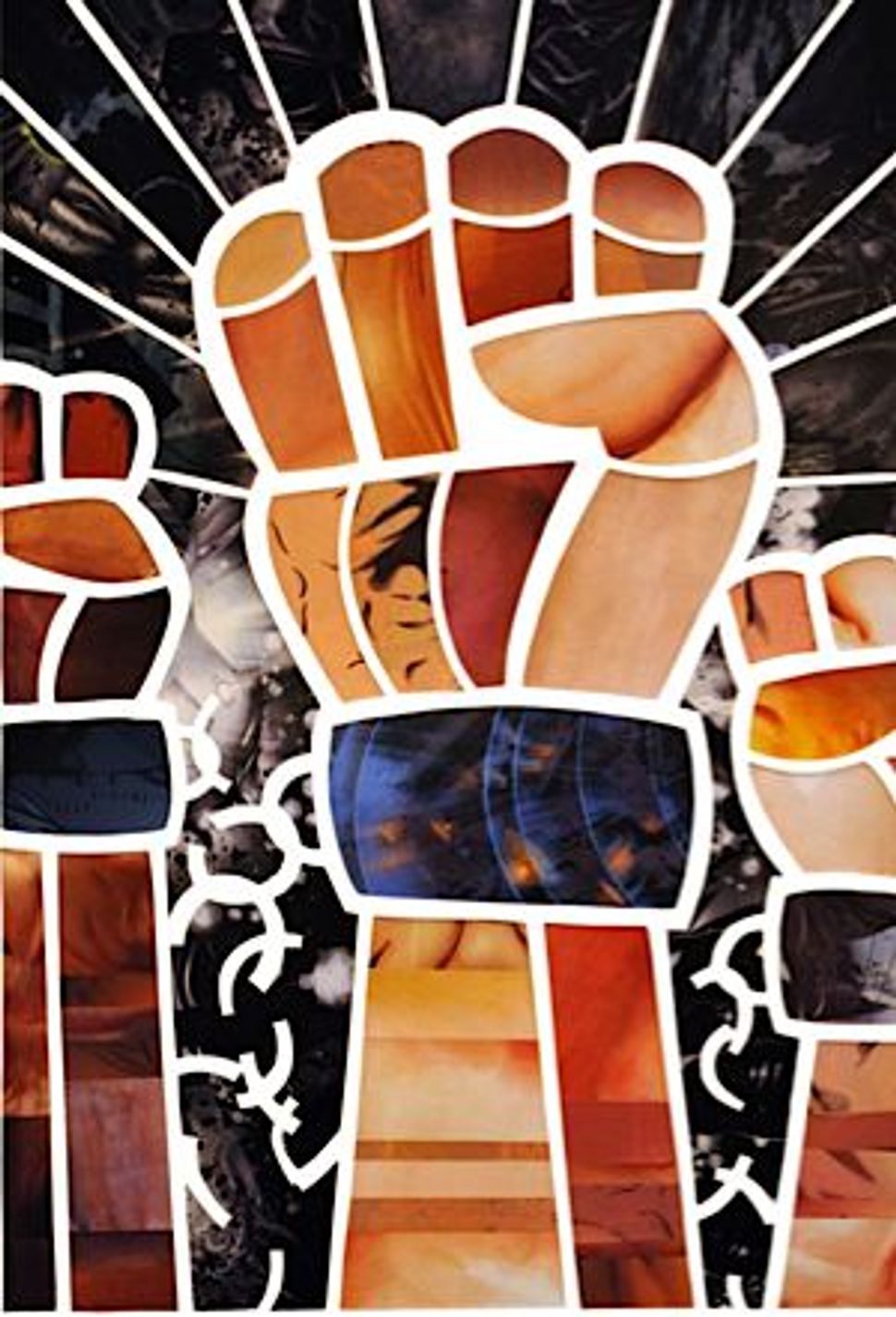 That’s not just vibrant color peeking out through artist Isaac Brynjegard-Bialik’s papercuts — that’s Flash Gordon, the Green Lantern, Spiderman and Wolverine. Brynjegard-Bialik, whose “Paper Tefillah” exhibition opens January 10 at Temple Israel in Memphis, Tenn., combines the traditional art of papercutting with the power of comics to explore prayer and the human striving for connection with God.

Temple Israel commissioned Brynjegard-Bialik to create 16 works exploring the Jewish liturgy, covering the key components of the prayer service, from Barchu to Aleinu. Brynjegard-Bialik, 39, poured himself into studying the texts and reflecting on his own prayer experience. He looked through genizot to salvage pages from worn out siddurim, and raided his childhood comic book collection for the right colors and images to convey the ideas and feelings that were percolating in his imagination.

The resulting images combine papercuts with collage and “straddle the line between art and craft,” the artist told The Arty Semite. Brynjegard-Bialik uses the contrasting colors and textures of old, thin, brittle prayer book pages, and variegated comic panels underneath cuts in cold press watercolor stock to stunning effect.

Each of the works — some of which include Hebrew words from the prayers — stands on its own merits, but there is a clear sense of unity to the series. The show continues until February 8, and it is Bryjegard-Bialik’s hope that the pieces will be able to stay and be shown together in the future.

“Paper Tefillah” is Bryjegard-Bialik’s sixth solo show. He is self-taught, and began practicing papercutting while in Jerusalem 15 years ago during his wife’s rabbinical training there. In the last seven years he has focused on bringing Judaism into his work. “I have been doing that not only through this exhibition, but also by making ‘Paper Midrash,’ which explores stories and iconic moments and images in the Torah and other traditional texts,” he said. “I want to explore the role of the Divine in the world.”

View a slideshow of images from ‘Paper Tefillah’: