From Reagan to Gibson: A Star’s Life and Loves 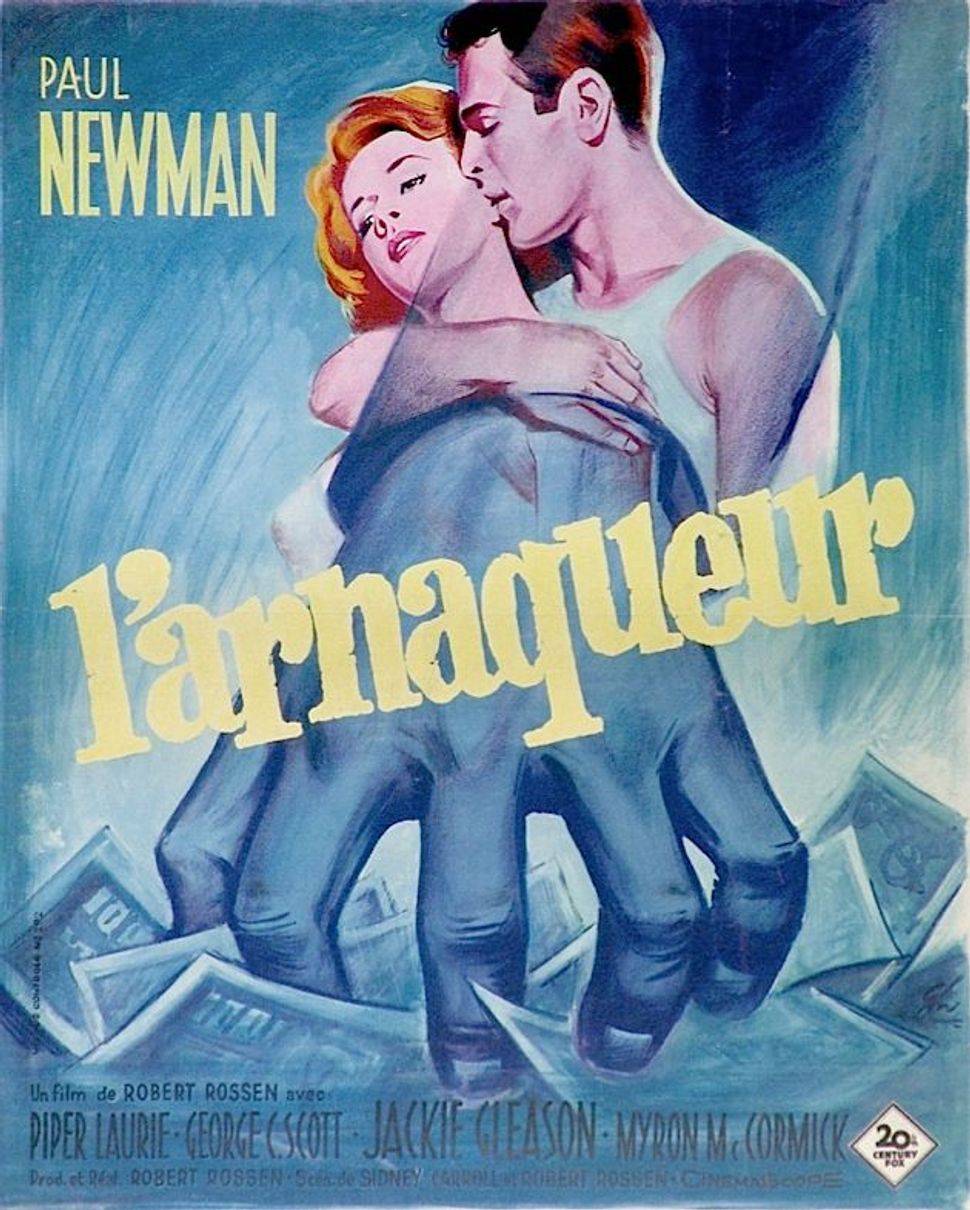 The Hustler Unlike in the American poster, the French movie poster shows the faces of Newman and Laurie.

Admirers of the 79-year-old filmstar Piper Laurie, especially her three Oscar-nominated performances in “The Hustler” (1961), “Carrie” (1976) and “Children of a Lesser God” (1986), may not know about the abiding importance of Yiddishkeit to her achievements.

Laurie, born Rosetta Jacobs in Detroit in 1932, makes this aspect of her life and art evident in an intelligent, emotionally perceptive book published by Crown in November, “Learning to Live Out Loud: A Memoir”. Her parents, Charlotte Sadie Alperin and Alfred Jacobs were of Russian and Polish Jewish descent respectively, and early on Laurie marveled at her mother’s penchant for standing in the street and howling if one of her children was misbehaving.

A lifelong fan of Jewish cooking — according to family legend, two-year-old Laurie’s first words were “more soup!” — as a girl she also relished showbiz through local performances by the singer Ted Lewis (born Theodore Leopold Friedman). After her family moved to California, Laurie sang and danced at The Jewish Home for the Aging (today’s Los Angeles Jewish Home).

Successfully preparing for her bat mitzvah at the Mogen David shul, Laurie was renamed by an agent after she won a contest for a screen test. She was soon launched into stardom as well as oft-misguided trysts. Courted by Tony Curtis who was loathed by her mother for his “crassness,” Laurie lost her virginity c.1949 with Ronald Reagan, during which the Great Communicator informed her “how much the condom cost” and announced:

There’s something wrong with you. You should have had many orgasms by now — after all this time. You’ve got to see a doctor about your abnormality.

Further ghastly Lotharios included G. David Schine, the McCarthyite friend of Roy Cohn, and even a one-night stand with a young Mel Gibson. Laurie eventually fled Hollywood typecasting for stage work, and seriously considered returning to her birth name, a sign of her lifelong attachment to her roots (she confesses to channeling her own grandmother in a recent stage performance of Larry Kramer’s “The Destiny of Me”). In 2009, by then a voice of experience herself, Laurie won acclaim directing a stage play about Zero Mostel. “Learning to Live Out Loud” is rich with advice of the “Bubbe’s exhortation” variety, such as: “Self-esteem, a very powerful drug, comes out of purposeful action.”

Watch Piper Laurie with Paul Newman in a snippet from “The Hustler” (1961).

From Reagan to Gibson: A Star’s Life and Loves