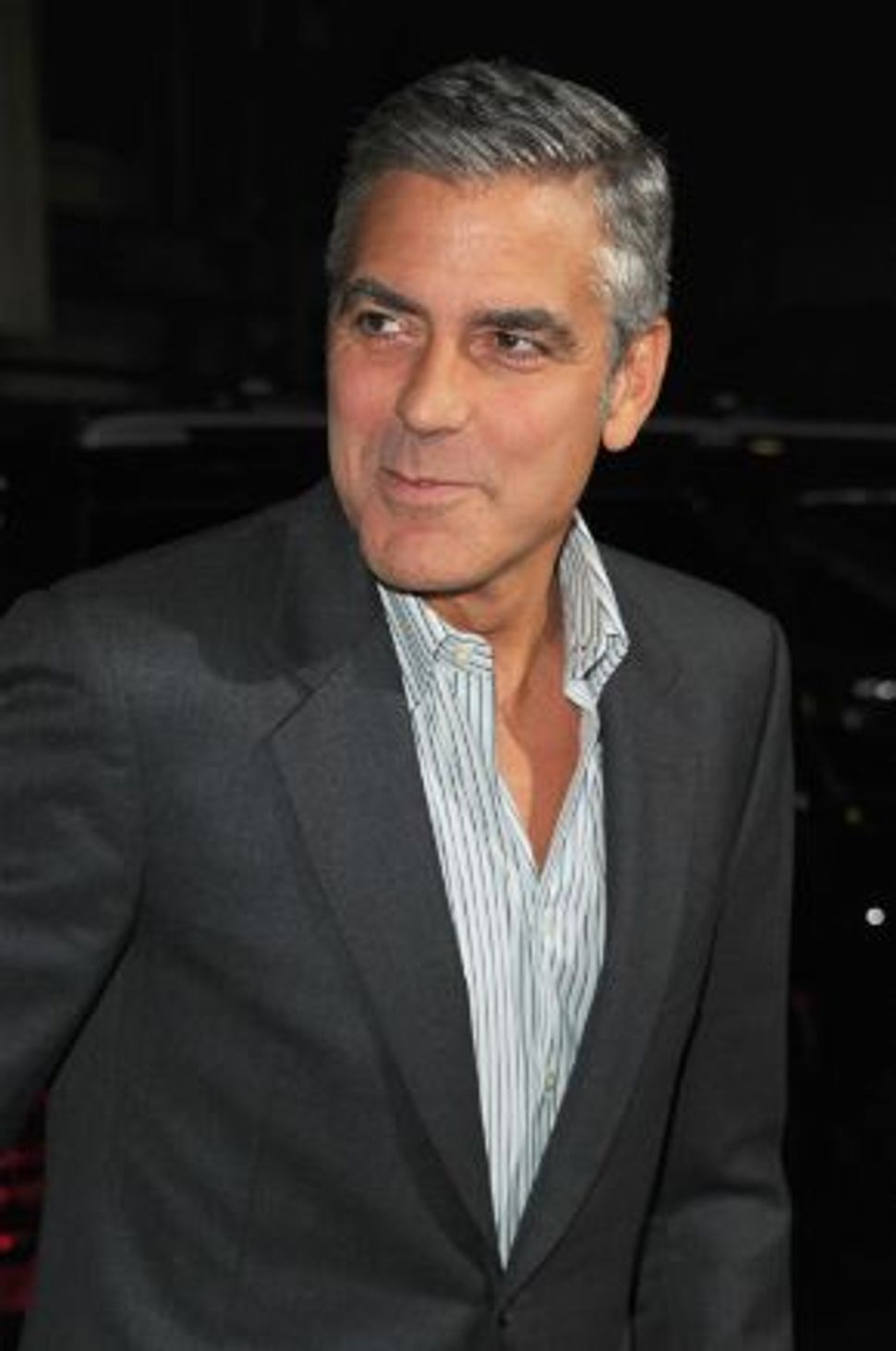 A gritty tale of stolen Nazi artwork is about to get the big-budget treatment from Hollywood.

“The Monuments Men: Allied Heroes, Nazi Thieves, and the Greatest Treasure Hunt in History,” by author Robert M. Edsel, has been optioned by actor/filmmaker George Clooney, according to The Hollywood Reporter. Clooney and producing partner Grant Heslov will adapt the book into a screenplay; the film “will likely serve as a starring vehicle for the ‘Descendants’ star,” who will also direct, the Hollywood Reporter said.

“I’m excited about it,” Clooney told industry blog TheWrap. “It’s a fun movie because it could be big entertainment. It’s a big budget, you can’t do it small — it’s landing in Normandy.”

The book “is an intrigue-filled tale of art theft and espionage in Europe during World War Two,” according to TheWrap. Hitler systematically emptied the museums and private collections of Europe during the Holocaust. “The Monuments Men” “tells the tale of a special force of American and British museum directors, curators, art historians — called the Monuments Men — who risked their lives scouring Europe to prevent the destruction of this culture.” Often unarmed, the group worked behind enemy lines; the book specifically follows the 11-month period between D-Day and V-E Day.

As TheWrap noted, Clooney and Heslov often make movies about political subjects. Last year they made “Ides of March” together, about a corrupt political campaign; they also co-produced “Good Night and Good Luck,” an examination of the limits of freedom of the press, as well as the Middle East war caper, “The Men Who Stare at Goats.”