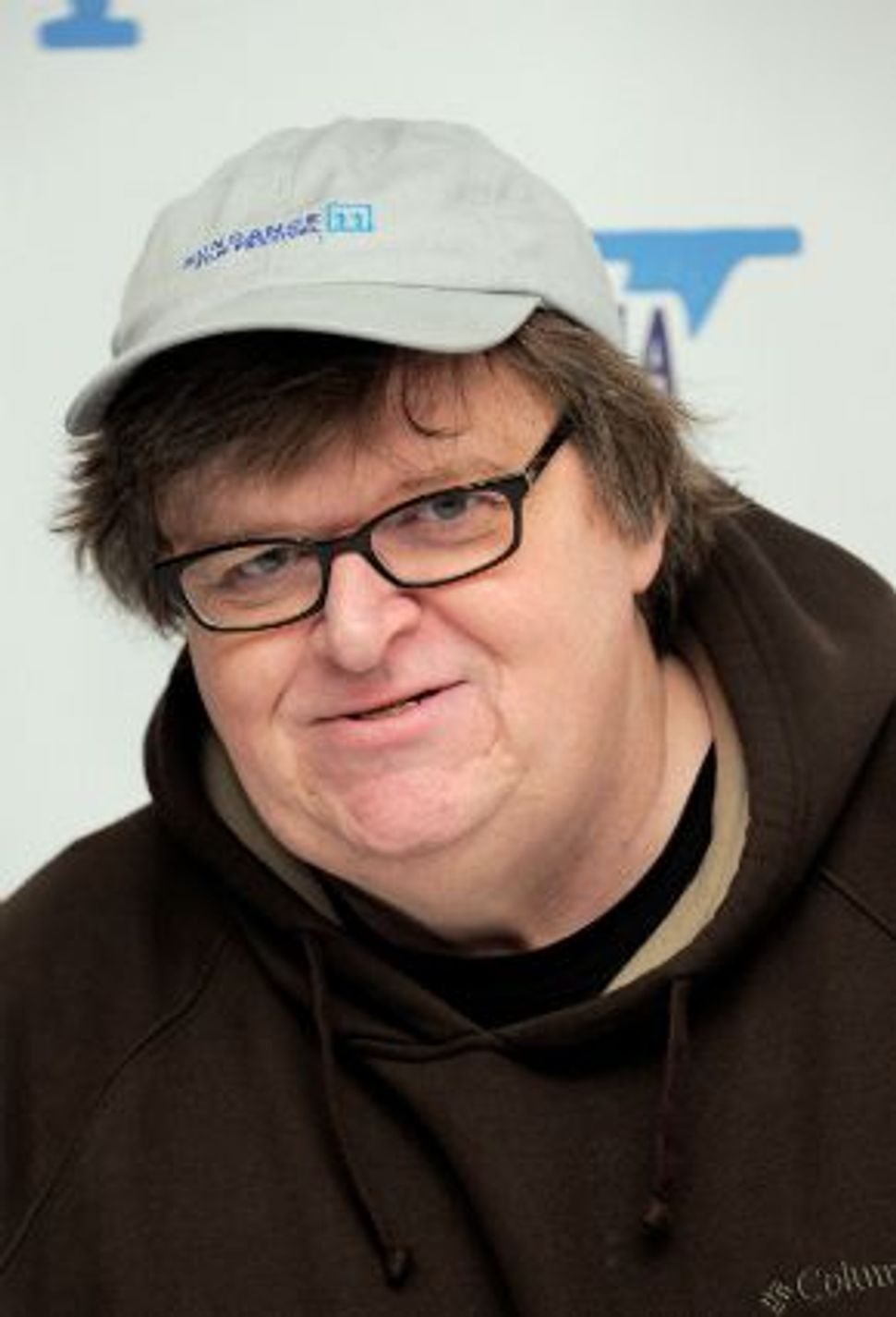 Oscar winner Michael Moore has signed on to help an Israeli filmmaker produce his next documentary — a project that will focus, in part, on the small minority of Germans who defied the Nazis during World War II.

Moore, who received an Academy Award for the 2002 documentary “Bowling for Columbine,” has agreed to match funds currently being raised by Yoav Shamir, whose previous films two have focused, respectively, on Israel’s military culture and anti-Semitism. Like his new benefactor, he’s no stranger to controversy: His most recent film, “Defamation,” questioned and at times mocked accusations of anti-Semitism emanating from parts of the Jewish world, looking in particular at the Anti-Defamation League.

Moore, whose most recent projects were “Sicko” and “Capitalism: A Love Story,” is joining Shamir’s new film as its executive producer, and will match all revenues from Shamir’s current “crowdfunding” effort on IndieGoGo.com.

Moore became a Shamir fan after seeing “Defamation,” and praised the Israeli documentarian as “fearless” in a statement about their new collaboration. The “Fahrenheit 9/11” director described the new film “10-Percent: What Makes A Hero? ” as “urgent.”

“10-Percent” will focus on the small fraction of people — presumably 10 percent — who defy authority and peer pressure to act morally in difficult situations.