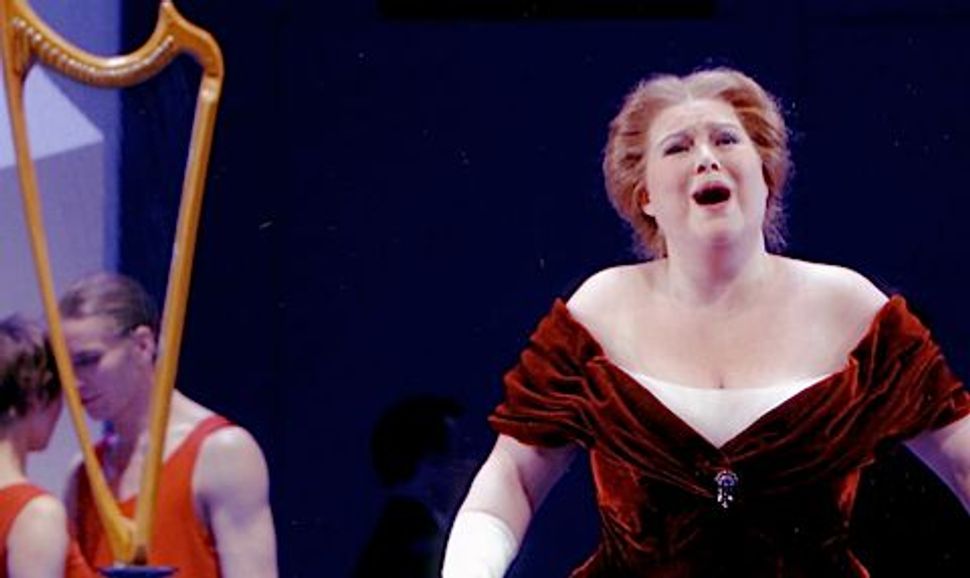 The author, a professor of contemporary Jewish life and culture at Monash University, explains how for each of these three prominent Jews, Tannhäuser, ostensibly a Christian legend especially in Wagner’s version, became instead a “tool to foster Jewish identity and subvert anti-Semitism.” Heine’s 1836 poem “Der Tannhäuser” is a “bawdy and satiric rewrite” of the story, Garrett notes, deflating the original Teutonic high-mindedness. Over a half-century later, Herzl attended nightly performances of Wagner’s Tannhäuser in Paris while writing “The Jewish State.” In his diary, Herzl noted that “only on those evenings where there was no opera did I have any doubts as to the truth of my ideas.”

Garrett points out that for Herzl, “Wagner’s opera was a lesson in propaganda: how to manipulate people through art.” Wagnerian pageantry and costumes further inspired Herzl to institute a formal dress code for attendees at Zionist congresses, and the Second Zionist Congress in 1898 opened to the strains of music from Tannhäuser.

This appropriation reached its apogee in I. L. Peretz’s 1904 novella “Self-Sacrifice” (“Mesires-nefesh”) in which Tannhäuser is transformed into Chananiah, a young Jewish hero who meets Miriam (Venus) while studying at the Safed Yeshiva. As Garrett puts it, Peretz turns the plot into a “morality tale about how to live an ethical life… a paean to Judaic life and learning.” Imbuing famous narratives with Yiddishkeit was a longtime practice, since before an 1820 Yiddish novella, “Robinzon di geshikhte fun Alter Leb” which makes Robinson Crusoe into an observant Jew from Hamburg, while Friday is renamed “Shabes” (Sabbath).

In her 2003 “Journeys beyond the Pale: Yiddish Travel Writing in the Modern World” from the University of Wisconsin Press, Garrett cites Mendele Mocher Sforim’s 1878 “Yiddish Don Quixote,” about a Jewish protagonist imperiled in anti-Semitic Poland. The comparable precedents of authors unafraid to “appropriate and perhaps even subvert [Tannhäuser] to reflect their own vision,” Garrett opines, may set an example of how to possibly resolve the ongoing debate over whether Wagner’s music should be performed in Israel.