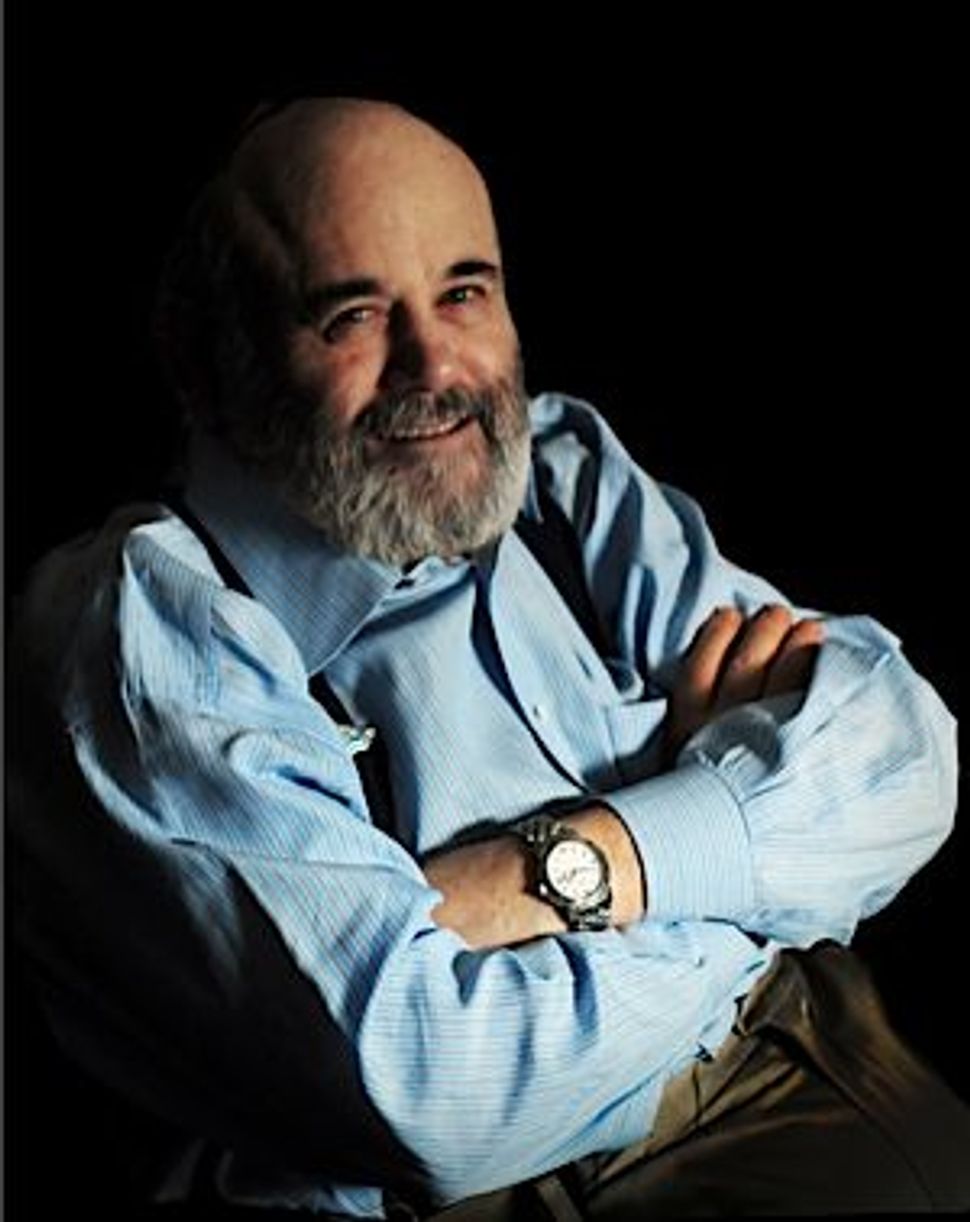 When he was dubbed “the original bad boy of morning radio” in the New York Daily News, Josephson grumbled that “Howard Stern stole my act.” In the press release for this evening’s performance the 72-year-old curmudgeon notes that when he started doing his live morning show, “In The Beginning,” on WBAI-FM in the late 1960s, Stern “was crawling around Levittown in leather diapers.” Stern, being Stern, is loathe to admit that any of the broadcast personalities on the counter culture outlet had any influence on him, but it’s hard not to assume otherwise.

Josephson’s confessional radio show was heard on Pacifica Radio’s flagship outlet and was both a part of “the movement” as well as an unrepentant harpooner of the same. WBAI, of course, was the station where author Julius Lester aired the infamous “Jewboy” poem in 1968 and over the years the Pacifica network has been home to a cadre of broadcasters critics have accused of Jew-bashing. This includes Malik Zulu Shabazz, a notorious anti-Semite who hosted a program at the Pacifica station in Washington, D.C. It wouldn’t be out of character for Josephson to spit a few harsh ones about the left in general and WBAI in particular in his debut monologue. He recently observed that he met “some serious meshuganers at WBAI over the years. Really destructive, crazy people.” Expect him to spout a few kind words about Zabar’s and Barney Greengrass, as well.

Last week he called in to the late night WBAI show hosted by counter culture legend Bob Fass to talk about the upcoming performance. Fass, a co-founder of the Yippies and acknowledged master of the “free-form radio” that thrived at WBAI, lives a lot closer to those ’60s ideals then almost any other personality that emerged from the listener-sponsored station. Josephson credits Fass with giving him his start on WBAI. It should be noted that Fass, one of a handful of Jews who played a key role in the Yippies, once attended a Manhattan seder bearing video tapes of Bob Dylan performing for the Pope and Abbie Hoffman making gefilte fish from scratch.

“I chose you to be the grumpy morning angel,” Fass joked during Josephson’s uneasy call-in to the station.

Aware that Josephson is dedicating the performance at the Cornelia Street Cafe to his friend, the late monologist Spalding Gray, Fass told Josephson: “I think you could really be a very successful public raconteur, if that’s what you’re planning on doing. But stay off the Staten Island Ferry.” Gray committed suicide by jumping off the ferry.

“That’s not funny,” Josephson shot back. “I can’t do Spalding jokes any more than I can do 9/11 jokes, if there are any.”

But then Josephson told a joke — at Fass’s urging — that takes place in Auschwitz.

Larry Josephson is not the first secular Jew to get closer to his roots later in life. In a nearly 50-year radio career that includes credits as producer for the legendary comedy team of Bob & Ray and host of the nationally distributed talk shows “Bridges” and “Modern Times,” Josephson has focused on Yiddishkeit in recent years. He’s hosted programs explaining Jewish holidays and produced “Only in America,” a series of radio documentaries on American Jewry.