Challenging Aesthetics at The Jewish Museum 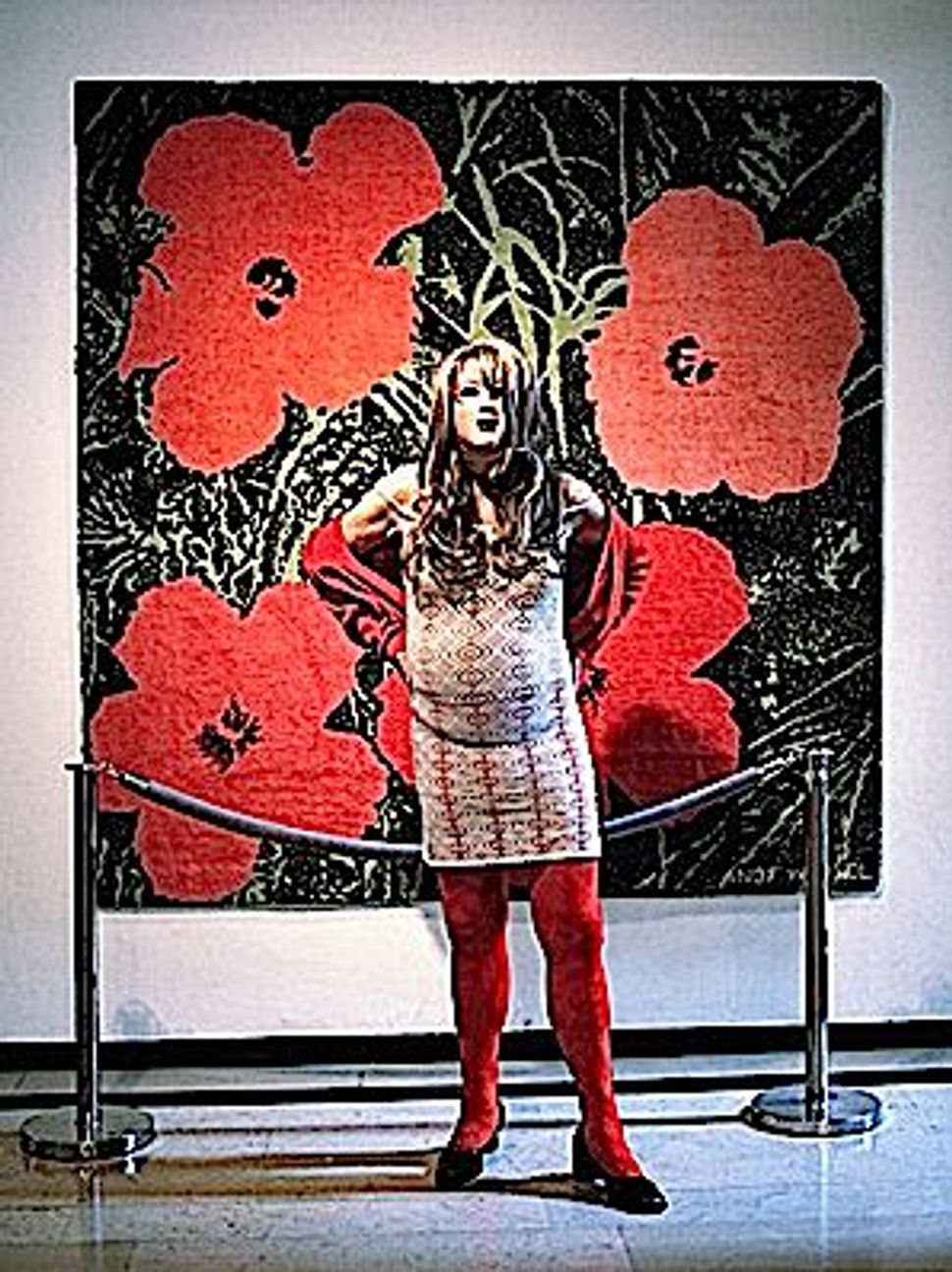 Subverted representations of the Holocaust, the Israeli army, and gender roles characterize a new photography exhibit at The Jewish Museum in New York.

The first work we see in the exhibit, “Martha Bouke and Andy’s Flowers, Visit at the Museum” (2011), by Israeli artist Rona Yefman, sets the scene with its transgressive tone. Here, Yefman portrays Martha Bouke, the female persona adopted by an 80-year-old male Holocaust survivor, posing in front of an iconic Andy Warhol painting. The striking, sexualized figure of the masked, bewigged Bouke, dressed in a pretty dress, bright red tights and matching red lipstick, radically plays with viewers’ expectations of an octogenarian great-grandfather and Holocaust survivor.

In “Stelen (Columns)” (2007-2011), American artist Marc Adelman depicts an uneasy and provocative juxtaposition. During time spent in Berlin, the artist noticed that on one gay dating website, many men posed for their profile pictures at the city’s Memorial to the Murdered Jews of Europe. The photos in Adelman’s installation are a collection of these profile pictures. The structure’s huge concrete slabs or columns are echoed in the grid-formation of Adelman’s photos.

In one picture, a man poses by a column with his chest bare and his pants lowered to expose his backside. As open minded as I consider myself, I found myself cringing at this confluence of playful gay sexuality and austere Holocaust remembrance. It felt somehow wrong, disrespectful. But perhaps this was one of the reactions the artist was hoping to provoke?

Indeed, as I perused the art, it occurred to me that the museum’s curatorial choices in this exhibit could be quite offensive to some visitors to a Jewish museum. To test this out, I asked other visitors — a pair of middle-aged gentlemen — what they thought.

While both said that they did not find any of the art offensive per se, one observed that the images portrayed in “Jorge, February 3, 1994,” (1994, printed 2000) by Canadian artist AA Bronson, were “of questionable taste.” In the triptych of three large photographs, Bronson portrays fellow artist Jorge Zontal shortly before his death from AIDS. Zontal’s emaciated, wasted body, and the way he poses, recall images of concentration camp survivors in the aftermath of the Holocaust.

Indeed, we learn that this is exactly what Zontal was expressing in the portraits: “Jorge’s father had been a survivor of Auschwitz, and he had the idea that he looked exactly as his father had on the day of his release. He wanted to document that family similarity of genetics and disaster,” said Bronson.

Without a doubt, the images in this show succeed in raising questions about taste and aesthetics in the way that only radical art can do.

Challenging Aesthetics at The Jewish Museum