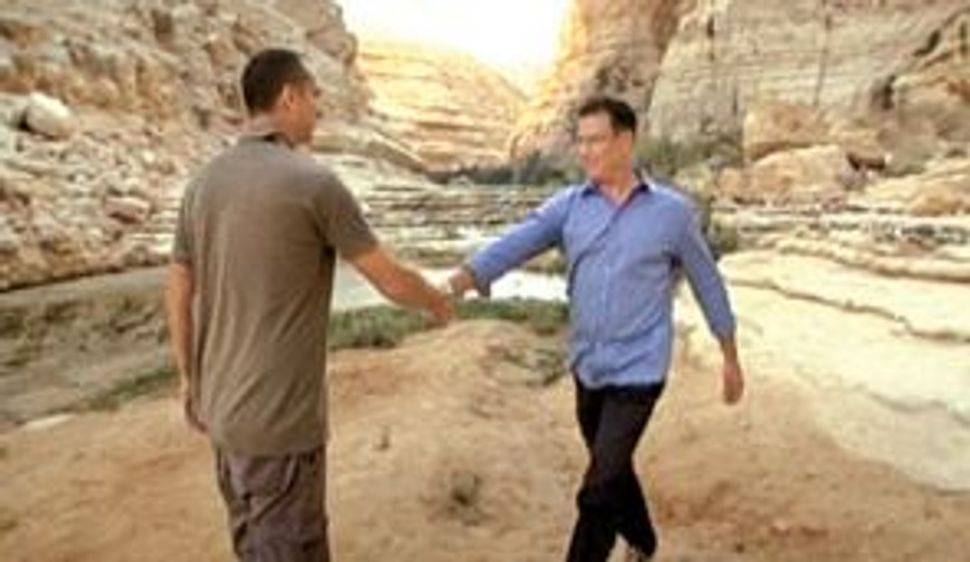 A scene from ?The Green Man.?

Broadcasts of a new environmental television program that has come under fire because it is being sponsored by a chemical company that is considered one of Israel’s biggest polluters were suspended on Wednesday. Last week Haaretz reported that “The Green Man,” which is shown on the cable and satellite Health Channel as well as commercial station Channel 2, is sponsored by Israel Chemicals. 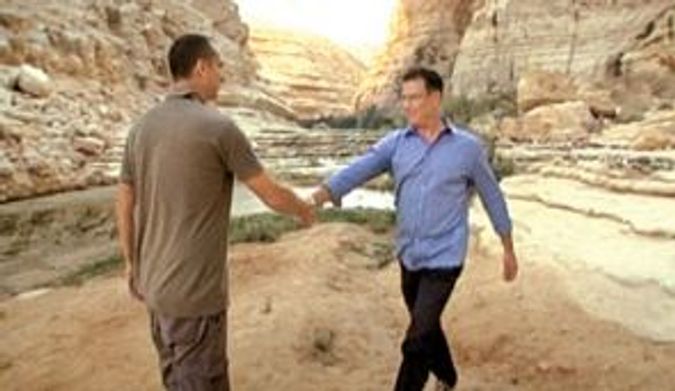 A scene from ?The Green Man.?

The program, which is presented by popular former TV newscaster Gadi Sukenik, aired for the first time on Saturday night. Now broadcast regulator the Council for Cable and Satellite Broadcasting and the Second Television and Radio Authority have suspended the broadcasts in order to allow for a review of the show.

Channel 2 franchise-holder Reshet, which airs the program, is controlled by the Ofer family, which also owns Israel Chemicals. Reshet said it had stopped broadcasting “The Green Man” until it completes its investigation into the program content.