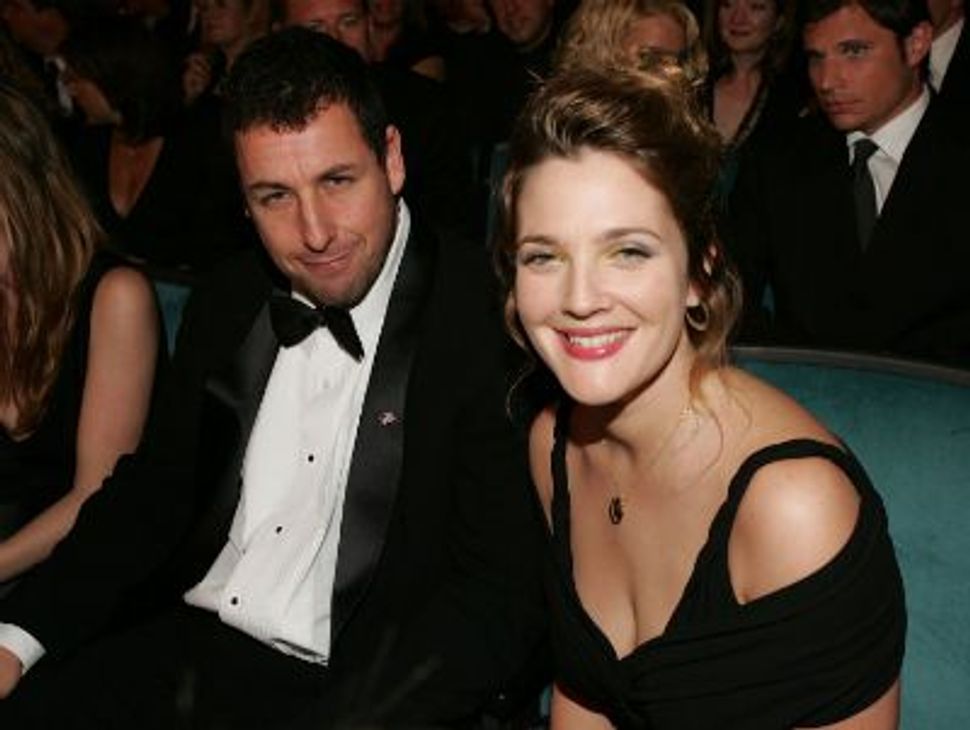 Sandler and Barrymore at the 31st Annual People?s Choice Awards in 2005 Image by Getty Images

But that is exactly what Barrymore is doing, according to In Touch weekly. The gossip magazine reports that Sandler, of “Hanukkah Song” fame, is guiding Barrymore, 36, in her conversion to Judaism as she prepares for her upcoming marriage to her Jewish fiancé, Will Kopelman, a 34-year-old art consultant. Let’s just hope that Sandler knows more about Judaism than how to rhyme yarmulke with Hanukkah and menorah with Dinah Shore-ah.

Barrymore’s rep is mum on the subject, but In Touch quotes a source as saying that Sandler is also going to serve as her best man at the wedding. “Those two absolutely adore each other, so it only made sense to Drew that he will be right by her side playing an important role at her wedding,” the source said.

The source, reportedly a friend of the actress, also said, “Drew, who has gotten very close to Will’s family, has told them she will raise their children Jewish.”