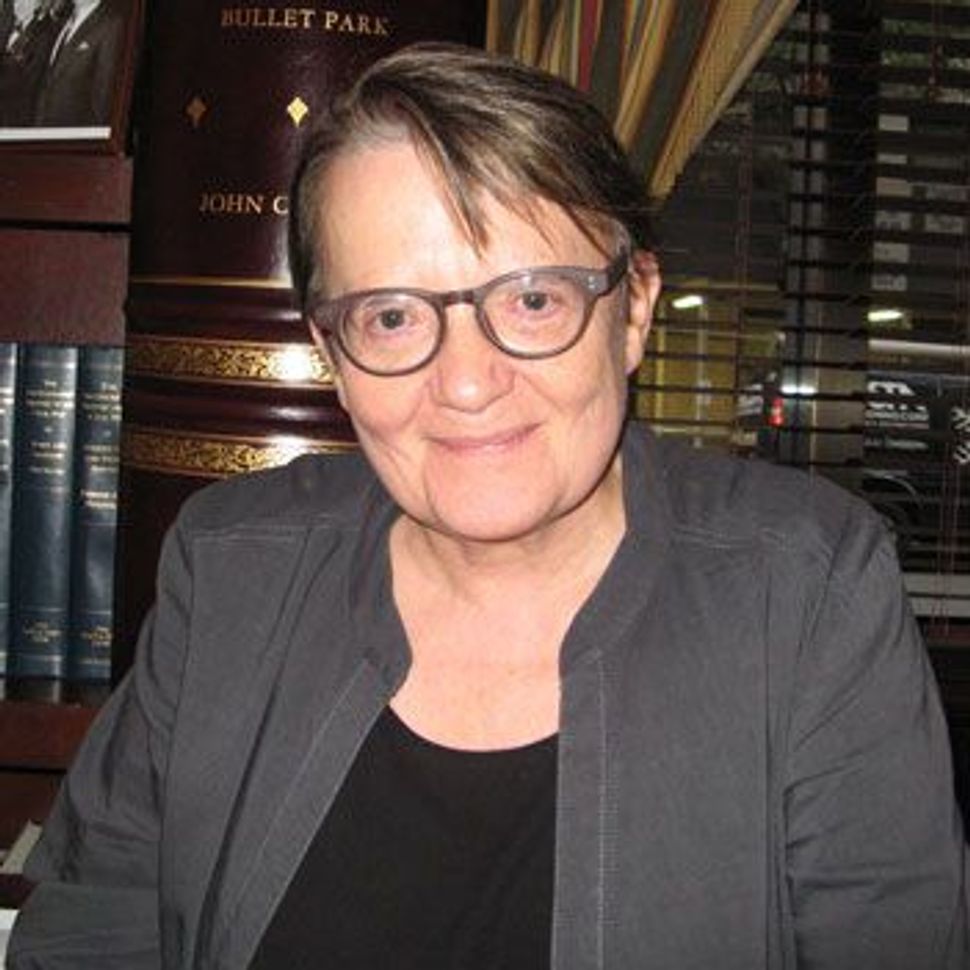 “My first reaction was, ‘I can’t do it!’” Polish filmmaker Agnieszka Holland told me during our chat about her film “In Darkness,” which opened in New York on January 27 and has been nominated for an Academy Award. “I was attracted to the main character, the ambiguous Leopold Socha,” who in 1943, in Nazi-occupied Lvov, Poland, hid a group of Jews for 14 months in the sewers beneath the city. “First he hid them for their money, and when that was gone he continued hiding them because of his humanity. The line between good and bad is like walking a high wire,” said Holland, best known for her 1990 film “Europa Europa,” which won a Golden Globe Award for best foreign language film. “Socha was a nicer man than portrayed in the film [by Robert Wieckiewicz],” she added. One reason for making the film, Holland said, was “because there is such a silence about good Poland. There is a new generation… younger historians and deeply researched books.” She suggested I contact the only survivor from among the Jews whom Socha hid in the sewer: Krystyna “Kryzia” Chigier-Keren, who was 7 at the time.

“We shot for 45 12-hour days,” Holland said. “It was winter and wet. The obstacles included languages — Yiddish, German, Polish, Ukrainian and Russian. I made two critical choices: The Jews were not angelic. I would not sugarcoat any of the characters, [some of whom were] former con men or black marketers. My second choice was to limit the depiction of the atrocities. Audiences already are aware of the horrors, and some events were too horrifying to attempt to re-create and would have been an act of disrespect.” 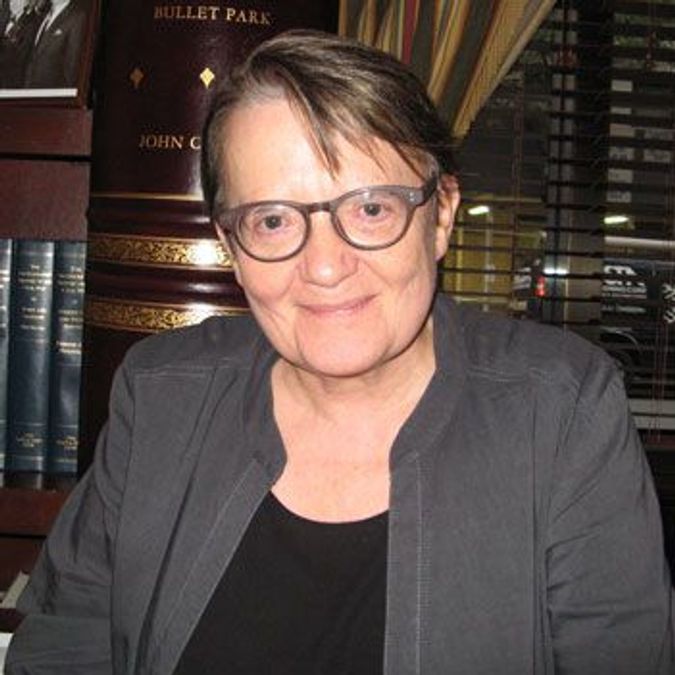 In the film’s press kit, screenwriter and executive co-producer David Shamoon describes his eight-year journey “to writing the film that took me to the sewers of Lviv [the Ukrainian city’s current name]. Inspired by an article about ‘The Righteous’ by Sir Martin Gilbert that catalogs those incredibly courageous individuals who risked not only their lives, but also the lives of their families, by helping Jews escape the Nazis, Shamoon cites “a galvanizing sentence: ‘A Polish Catholic thief hid a group of Jews in the sewers of Lvov, which he knew well because that is where he hid his loot and got a job as a sewer worker.’ I contacted Sir Martin, who directed me to the 1991 book ‘In The Sewers of Lvov’ by Marshall Roberts and out of print. I bought the last copy from Amazon. As a screenwriter [I found] the story was irresistible.”

I emailed Gilbert in London to tell him that Shamoon credits him as the inspiration for the film, which is dedicated to Marek Edelman, a leader of the 1943 Warsaw Ghetto Uprising. He replied, “I had no idea about the reference to me.” In a follow-up e-mail, he wrote, “I have just returned from Lviv, where I found the manhole cover through which Socha’s people emerged finally into the light.” Gilbert also informed me that after the war, “Socha died in a traffic accident.”

During a long-distance phone conversation, sewer survivor Chigier-Keren told me: “The film was done very realistically. What happened to me was painful. But in the sewer it was easier to be with my mother, father and brother than [above ground] alone, taking care of my little brother. I left Poland in 1957 and went to Israel. I am a dentist. I graduated from Hadassah in Jerusalem.” Her husband, Marian Keren, told me, “Before the war, we both lived across the street from each other in Lvov — she at Kopernicka Street, No. 12, I at No. 17. We never met until Israel, where we married.

During an interview in the early 1990s, Benjamin Meed, founder in 1981 of The American Gathering of Jewish Holocaust Survivors, told me that he was angered by the blanket condemnation of the Poles. Meed, who was himself hidden by a series of Poles, said, “People don’t realize that it took 10 Poles to hide one Jew!”

“For 77 years, the Jewish Labor Committee has stood for Jewish values which continue to guide us,” JLC President Stuart Appelbaum told the 350 labor leaders and guests gathered at the JLC’s 41st Human Rights Award dinner, held on January 12 at Hilton New York. “Ours is a commitment to tolerance and diversity… both on the job and in the community.” Appelbaum hailed JLC’s record, citing “its fight against the rise of Nazi Germany in the 1930s; its battles against segregation in the ’50s and ’60s, and its work for strong labor laws and a secure Israel today.” He continued, “The JLC of 2012 remains what it has always been: labor’s voice for human rights; a voice for economic justice; a voice for freedom, and a voice for peace.” JLC Executive Director Martin Schwartz weighed in with, “The ‘Exodus’ was the largest job walkout in history.”

Matthew Loeb, international president of the International Alliance of Theatrical Stage Employees, accepted JLC’s Human Rights Award from AFL-CIO President Richard Trumka, who declared: “All work has dignity. There is a beauty in the natural efficiency that a person develops on the job, in the elegance of a task well done…. I’ve said [this] about miners, particularly my father, a coal miner — as was I and my grandfather — that when I saw him working in the mine, he moved with the grace and precision of a ballet dancer.” Turning to Loeb, Trumka said: “This award is for your work reaffirming the relationship between the Jewish community and the American labor movement, and for your efforts to expand advocacy and education for workers’ rights here in America and around the world.”

Loeb, whose mother painted scenery for theater, motion pictures and television, said: “I grew up with Jewish parents in Cleveland, Ohio. At my bar mitzvah I got $800 in U.S. Savings Bonds — the most lucrative investment…. My grandfather, a watchmaker, fought [in 1939] with his fists against police with billy clubs…. He had a social conscience. He fought for the American dream.”

New York State AFL-CIO President Mario Cilento made a special presentation to his immediate predecessor, Denis Hughes. “Dennis made a difference in the lives of the people of New York State. He taught us all the importance of solidarity.” Hughes smiled and said, “I feel like I’m at [my own] wake [being celebrated]… I didn’t know half the time what we did, but if you affect [just] one person’s life… that is what we are fighting for.” As an afterthought he added, “If one of us [union members] is cut, all of us bleed.”

Joseph Hansen, chair of the strategic organizing center Change To Win and international president of the United Food and Commercial Workers, presented a JLC Human Rights Award to Montefiore Medical Center President and CEO Steven Safyer, whose long list of credentials includes secretary of the executive committee and the board of governors of the Greater New York Hospital Association. Michael Mulgrew, president of the United Federation of Teachers presented a JLC Human Rights Award to George Gresham, president of 1199 SEIU United Healthcare Workers East.