Semiotics of the Suitcase 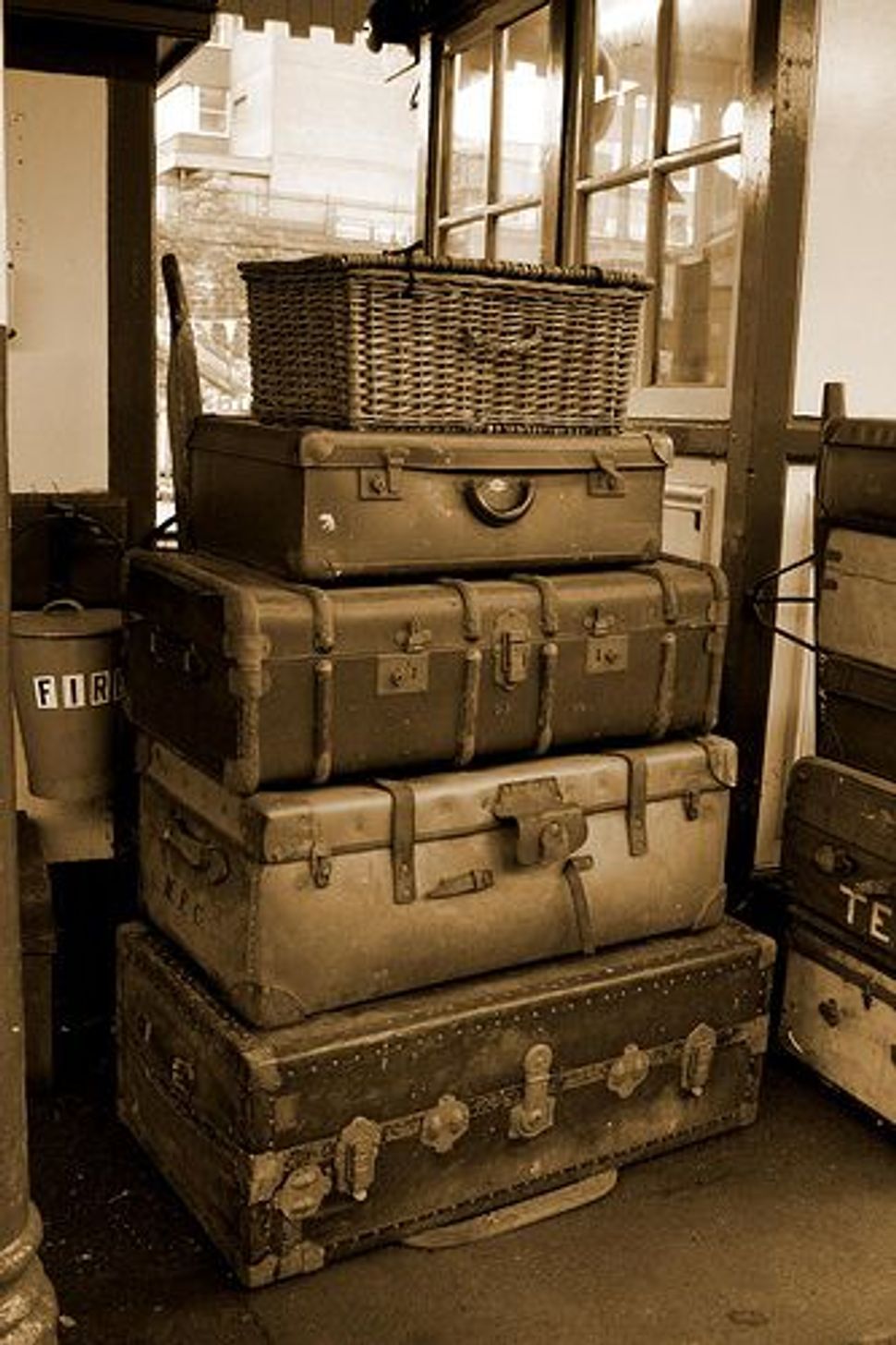 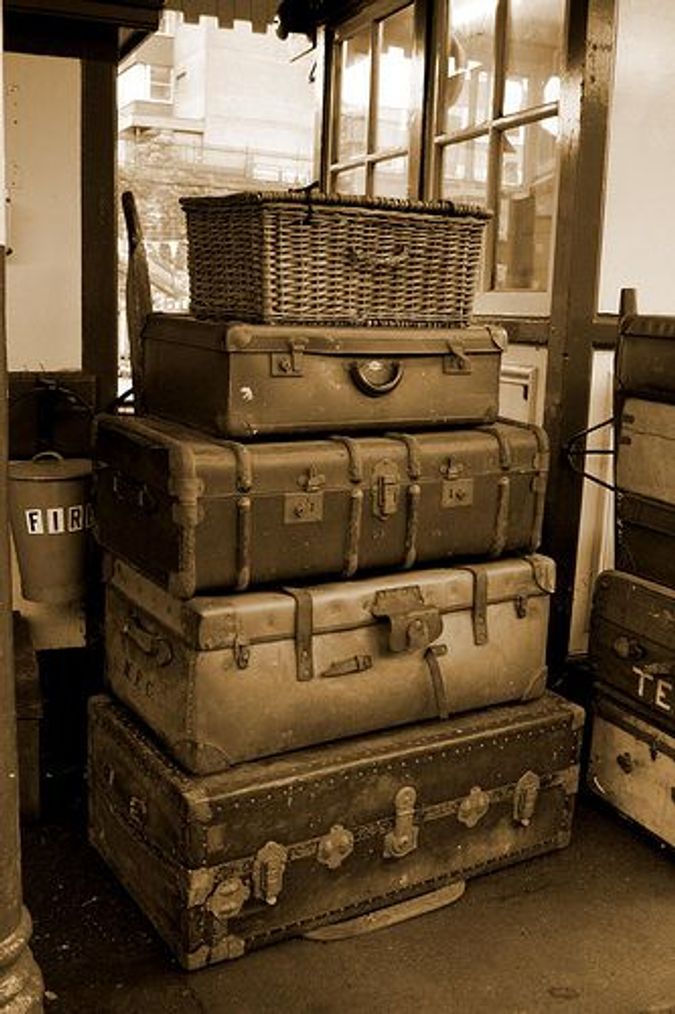 As everyone knows by now, we are what we eat. But we’re also the sum of our associations, many of them derived from museum exhibitions and film screenings.

Take old suitcases, for instance. When I think of these objects, of where they’ve been and what they contain, what springs immediately and incontrovertibly to mind are the dislocations and upsets of migration, not the free-wheeling joys of travel.

I see a battered suitcase and I envision Ellis Island and its jumble of humble, mismatched pieces piled, helter-skelter, one atop another.

I see a dented suitcase and I envision deportations from the Warsaw Ghetto and frightened people clinging desperately to one another and to their worldly goods, all of which are crammed inside a leather portmanteau.

Imagine, then, my surprise to see well worn pieces of luggage freighted with a more positive meaning. I was passing by Brooks Brothers, the venerable clothing establishment, in Chevy Chase, when I noticed that its handsomely appointed windows were filled with sets of vintage suitcases. A design element, these leather and metal carry-alls were intended to show off the clothes, to tantalize would-be consumers with visions of sartorial excitement, possibility and fulfillment.

As I stood there, gawking, I was momentarily taken in by the seductiveness of the display. But not for long. By now, I’m too conditioned by culture and history to see a much- used suitcase and to conjure anything else but loss.

Semiotics of the Suitcase