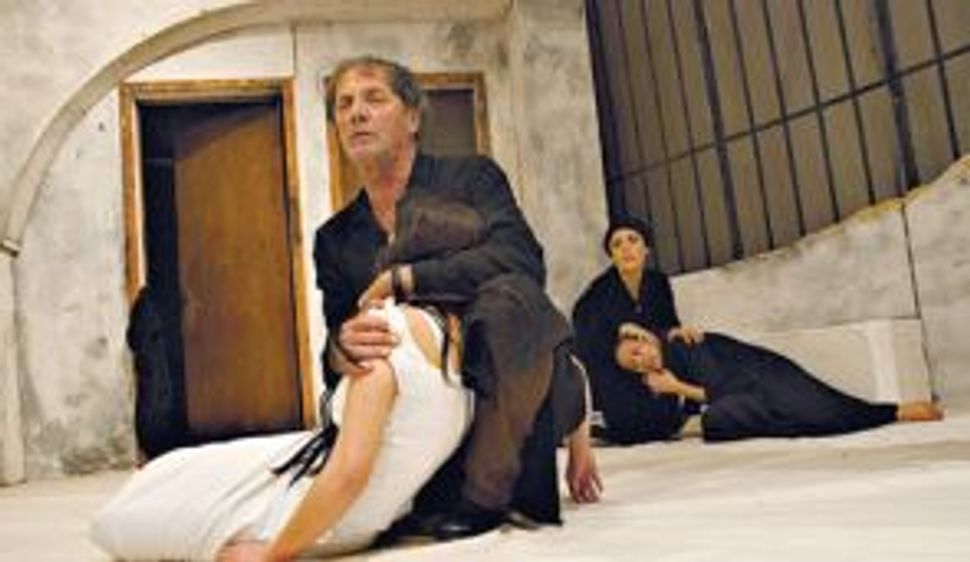 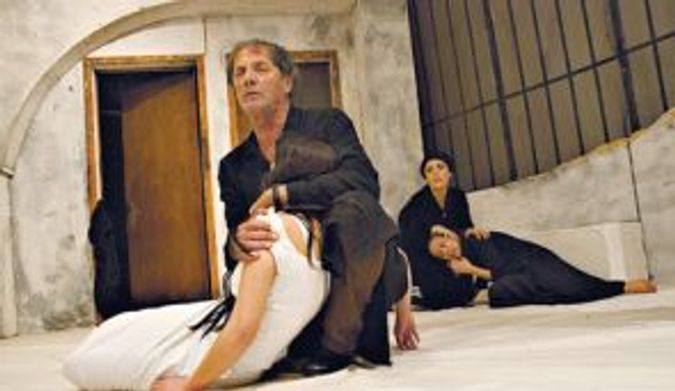 In a normal — not to say ideal — country, discussion of a production of Federico Garcia Lorca’s “The House of Bernarda Alba” would deal with the production’s artistic merits. But we are not living in a normal country, and so before I discuss the artistic values of this production at Tel Aviv’s Tzavta venue, I have no alternative but to set forth the background to this production.

Israeli-Arab actor Mohammed Bakri produced a film, ostensibly a documentary, about Israel Defense Forces action in the Jenin refugee camp during Operation Defensive Shield in 2002. “Jenin Jenin” (which I haven’t seen ) apparently depicts IDF soldiers as war criminals. The Israel Film Council’s censorship board banned its screening. Bakri petitioned the High Court of Justice, which revoked the board’s decision on the grounds that “freedom of expression is a central value of the democratic system. In order to impinge on it, it is necessary to show that there is a definite danger of damage to public order. It is not evident that this applies in this case.”