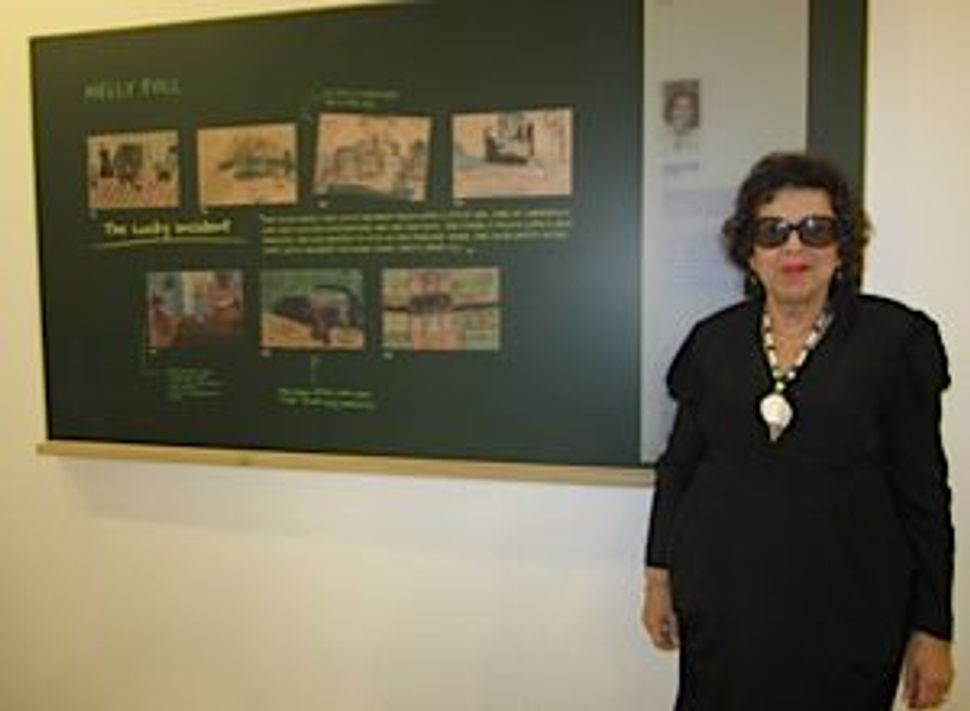 In conjunction with the annual International Day of Commemoration in Memory of the Victims of the Holocaust on January 27, two Holocaust-based art exhibits opened at the United Nations. 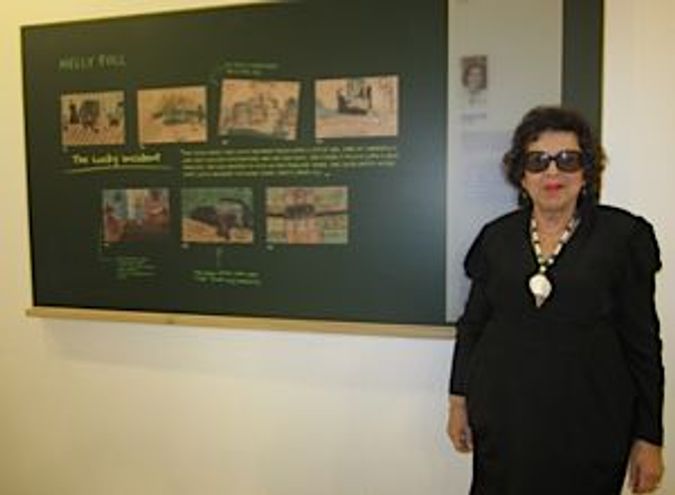 “A Monument of Good Deeds: Dreams and Hopes of Children During the Holocaust,” curated by Yehudit Inbar, Director of the Museums Division at Yad Vashem, includes photographs, paintings and illustrations of ordeals experienced by children during the Holocaust.

One such child, Nelly Toll, who was born in Lviv, Poland, was present at the opening with her sister, who beamed with happiness at seeing an old photograph of Nelly and their mother on display.

Toll’s series of six gouache paintings, created when she was in hiding with a Christian family in Lviv after a failed attempt to escape to Hungary, illustrate the idyllic life “where children played freely” before the war. When complimented on her paintings, Toll said, “I still remember painting these.”

The exhibit also contains a photograph of Anne Frank, arguably recognizable as the face of 1.5 million child victims of the Holocaust.

A second exhibit, running concurrently is “The Face of the Ghetto: Pictures by Jewish Photographers from the Lodz Ghetto 1940-1944.” The photographs featured in this exhibit were originally commissioned to show the Nazi Party the usefulness and productivity of Jewish workers who lived in the ghetto. While on their assignment, the photographers made sure to document the horrific reality of daily life in the ghetto. Images on display include Jewish ghetto police and their families.

The opening of both exhibits was celebrated with speeches given by Yehudit Inbar, Kiyotaka Akasaka, United Nations Under-Secretary-General for Communications and Public Information, Eli Zborowski, a Holocaust survivor and founder and chairman of the American and International Societies for Yad Vashem, and Ron Prosor, Permanent Representative of Israel to the U.N.

One guest, who attended with his elderly mother, said he traveled all the way from Boston to see Ambassador Prosor.

Both exhibits are an extremely moving, powerful testament to the atrocities of the Holocaust, and the indomitable human spirit in the face of unfathomable adversity.