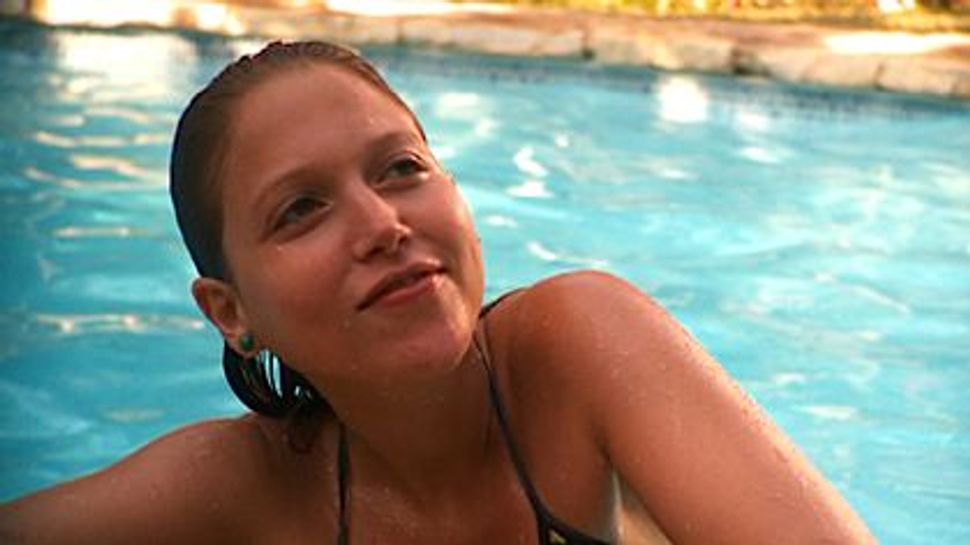 What started out as a second year film project at Tel Aviv University turned into a screening at the 2012 Sundance Film Festival in Park City, Utah. “Barbie Blues,” one of four Israeli films at Sundance, was included in the festival’s new Short Films Program this year. First time filmmaker, Adi Kutner, 25, produced the film in three days of shooting in a Tel Aviv suburb on a budget of only $800.

“Barbie Blues,” is a coming-of-age film about a bored teenager, Mika (played by Meyrav Feldman), who finds a mysterious dead bird floating in her backyard pool. The plot focuses on her interaction with a much older neighbor, Gershon. Dvir Benedek, who plays Gershon in the film, is a household name in Israel, best known for his role as Steve Carell’s character in “HaMisrad,” the Israeli version of “The Office.”

Torn between adulthood and childhood, Mika, dressed in a bikini, questions her sexuality and maturity as she pushes boundaries with Gershon. Older, overweight and intrigued by Mika, Gershon struggles with her playfulness and how he should react to it.

The film may be disturbing to some viewers because lines are not only blurred, but also purposefully disregarded. The uncomfortable interchange between Mika and Gershon is similar to that between actors Kevin Spacey and Mena Suvari in “American Beauty,” a film that Kutner says influenced the script. Some viewers may see a small resemblance to “Lolita,” in which lines of appropriateness are more definitively crossed.

Kutner said that her goal in the film was to depict the conflict between childhood and adulthood, when the character is torn between two ideals. “She thinks she’s an adult and discovers she is still a child,” Kutner explained.

“Barbie Blues,” which has been well received in Israel, won an award at the Jerusalem International Film Festival and was featured at the Rehovot Women’s Film Festival. Kutner spent the last year sending out the film to international festivals outside of Israel, and Sundance was the first to accept it. “It was totally worth the wait,” she said. “Sundance has been an amazing experience and I’m so happy to be part of that family.”