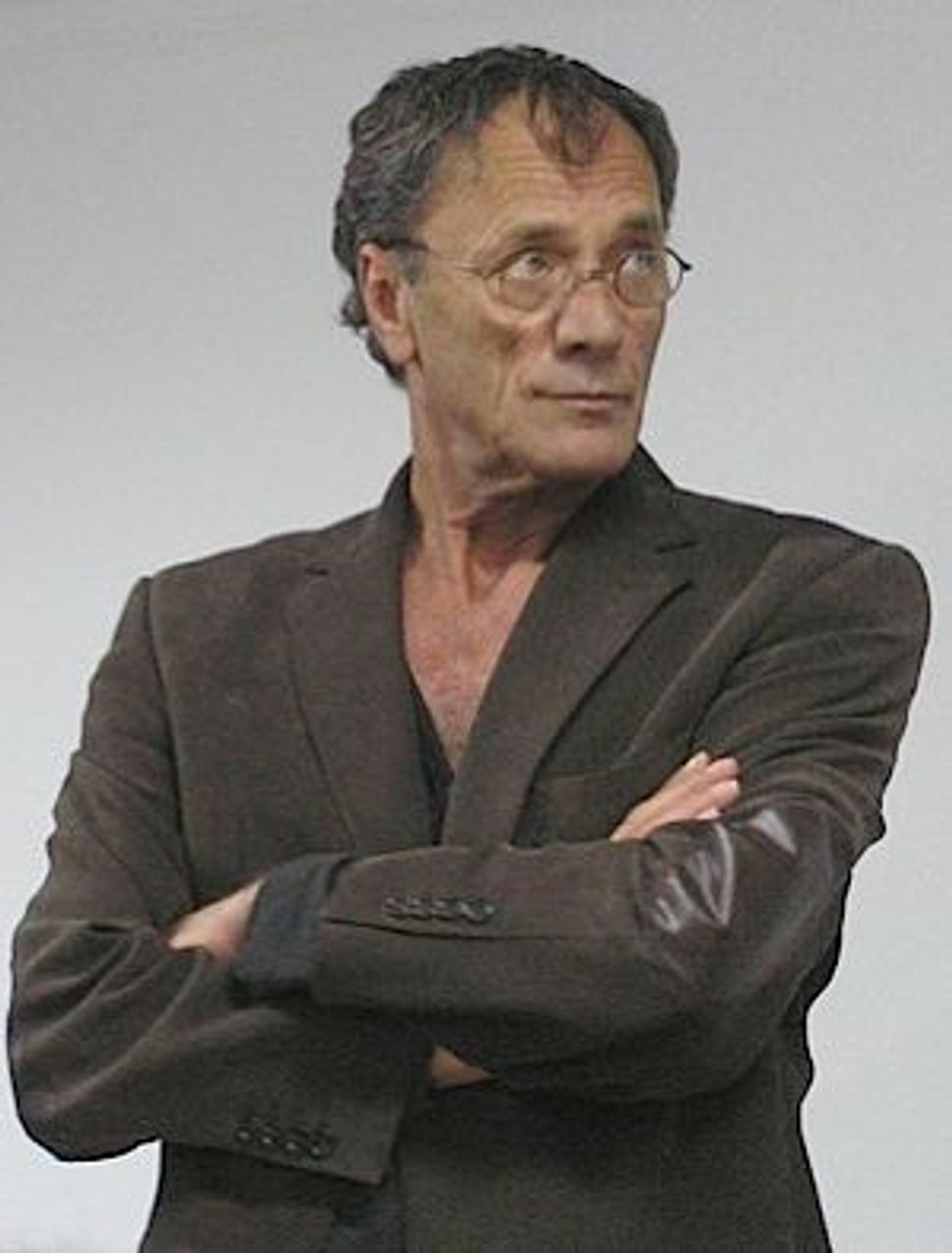 Mohammad Bakri is an extraordinary actor and filmmaker. He is also a Palestinian citizen of the state of Israel, which gives rise to complex issues of identity.

Bakri is currently appearing in a production of Federico Garcia Lorca’s “The House of Bernarda Alba” at the Tzavta theater in Tel Aviv. In an article in Ha’aretz, theater critic Michael Handelzalts called his performance “rare and impressive.” But right-wing groups are condemning the performance because of Bakri’s filmmaking history.

Born in 1954 in the Galilee, Bakri has acted in dozens of theater productions and films. His first major role was as a Palestinian political prisoner in Uri Barbash’s Oscar nominated “Beyond the Walls” (1984), one of the most highly acclaimed Israeli films ever produced. He also starred as the leader of a PLO unit in the award-winning “Cup Final” by Eran Riklis (1991). Both films raised important issues concerning Arab-Jewish relations and political tensions. Bakri has also appeared in a number of international films including “Anna K.” by Costa Gavras and in “Haifa” and “Laila’s Birthday,” both by Palestinian filmmaker Rashid Masharawi.

In recent years, Bakri has turned to directing for theater and documentary film. “1948” (produced in 1998) deals with the Palestinian “Nakba,” or “catastrophe,” of 1948. In his film “Zahra” (2009), Bakri pursued the same subject in a different style, telling a family story that takes place amid the Israeli War of Independence.

But it’s Bakri’s 2003 documentary “Jenin, Jenin,” that is most controversial. The film discusses the fighting in the Jenin refugee camp during Operation Defensive Shield in 2002, during the height of the Second Intifada. It is made up entirely of interviews with people living in Jenin, who experienced the tragedy of that period first-hand.

Many of the film’s subjects discuss the trauma of living through the fighting and having their homes destroyed, and they refer to Israeli soldiers as murderers and criminals. The interviews also supported the rumor that the Israeli army had committed a massacre in Jenin, when in reality approximately 53 Palestinians and 23 Israeli soldiers were killed.

Bakri admitted that no massacre of the civilian population took place in Jenin. However, he said that if people talked in terms of a “massacre” and described the Israeli soldiers as “criminals,” it was an accurate reflection of their feelings at the time. As a documentary filmmaker, Bakri provided those people with a platform to express their views, without editing or censoring them.

As a result, the film was originally banned in Israel, but after Bakri petitioned the Supreme Court the ban was rescinded on the grounds of freedom of speech. Both the district and Supreme courts also rejected soldiers’ attempts to sue Bakri and the theaters that showed the film.

Nontheless, Bakri has become a persona non grata among many groups and politicians in Israel, as evidenced by the opposition to his current role, spearheaded by the right-wing group Im Tirtzu. But as affirmed by the ruling of the Supreme Court, Israel is still a democratic society and Bakri has the right to express his opinions, even if many parts of mainstream Israel are not prepared to recognize or respect them.

Instead of boycotting a local artist, who is one of our leading actors and filmmakers, we would do better trying to understand the pain and suffering that has been experienced by Palestinians, as portrayed through Bakri’s artistry both on stage and on screen.