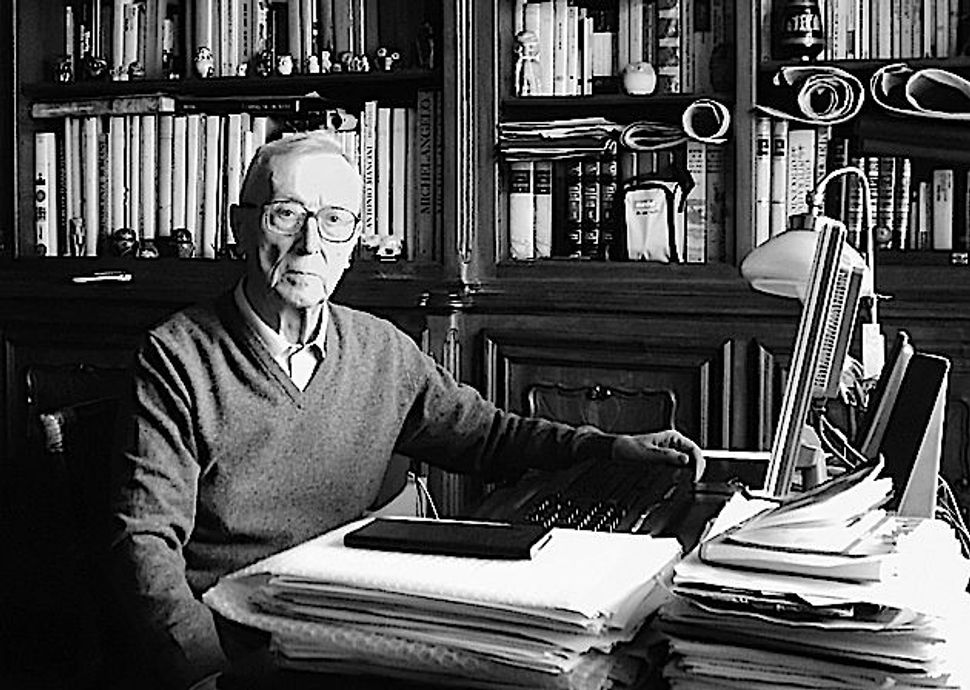 Image by Courtesy of Wallstein Verlag

The French Jewish neuropsychiatrist and Holocaust survivor Boris Cyrulnik has written widely about the importance of “Creative Disobedience” and how when faced by the Nazis, badly-behaved children often had more useful survival strategies than polite, well-trained ones.

The eminent Italian neurologist Davide Schiffer has produced a memoir of his own war years, underlining the truth in this assertion. Although best known to doctors for such texts as “Brain Tumor Pathology: Current Diagnostic Hotspots and Pitfalls” from Springer Verlag in 2006, and “Through the Microscope: Neuroscience and the Bases for Clinical Reasoning”, out from the same publisher in June 2011, Schiffer’s “There is no Homecoming: Holocaust, Resistance, and the Postwar Years” originally out in Italy in 2003 from 5 Continents Edizioni and in a revised version in 2008 from Edizioni Sei, may be his most moving, limpidly written work.

Although no English-language version exists as yet, a German translation appeared from Wallstein Verlag last October. It explains Schiffer’s guilt feelings over the 1944 arrest by Italy’s Fascist police of his Hungarian Jewish-born father Sándor, and subsequent deportation to Auschwitz where he was murdered.

Taught to be obedient and respectful, 16-year-old Davide, raised in the town of Verzuolo in the Piedmont region of Italy, southwest of Torino, did not even think of attacking the policemen who were arresting his father. Instead, “like a fool, like an idiot,” he just witnessed the scene in shock. However, the tragic disappearance of his father immediately galvanized Schiffer who took to the hills as a teenage partisan, fighting the Axis foe after learning disobedience the hard way.

After the war, having resumed his studies, Schiffer was offered the opportunity to study at the renowned Institute for Brain Research in Neustadt, Germany. He eloquently describes his hesitation about studying in the “land of murderers” and speaking a language which from his days as a partisan he associated with screamed military commands. He concludes, “We cannot hate an entire people” and notes that many Germans too died in Nazi concentration camps, so he chose to take up the educational offer, which led to his long and distinguished career.

Watch Davide Schiffer speak in Torino in 2008 about his wartime experiences.