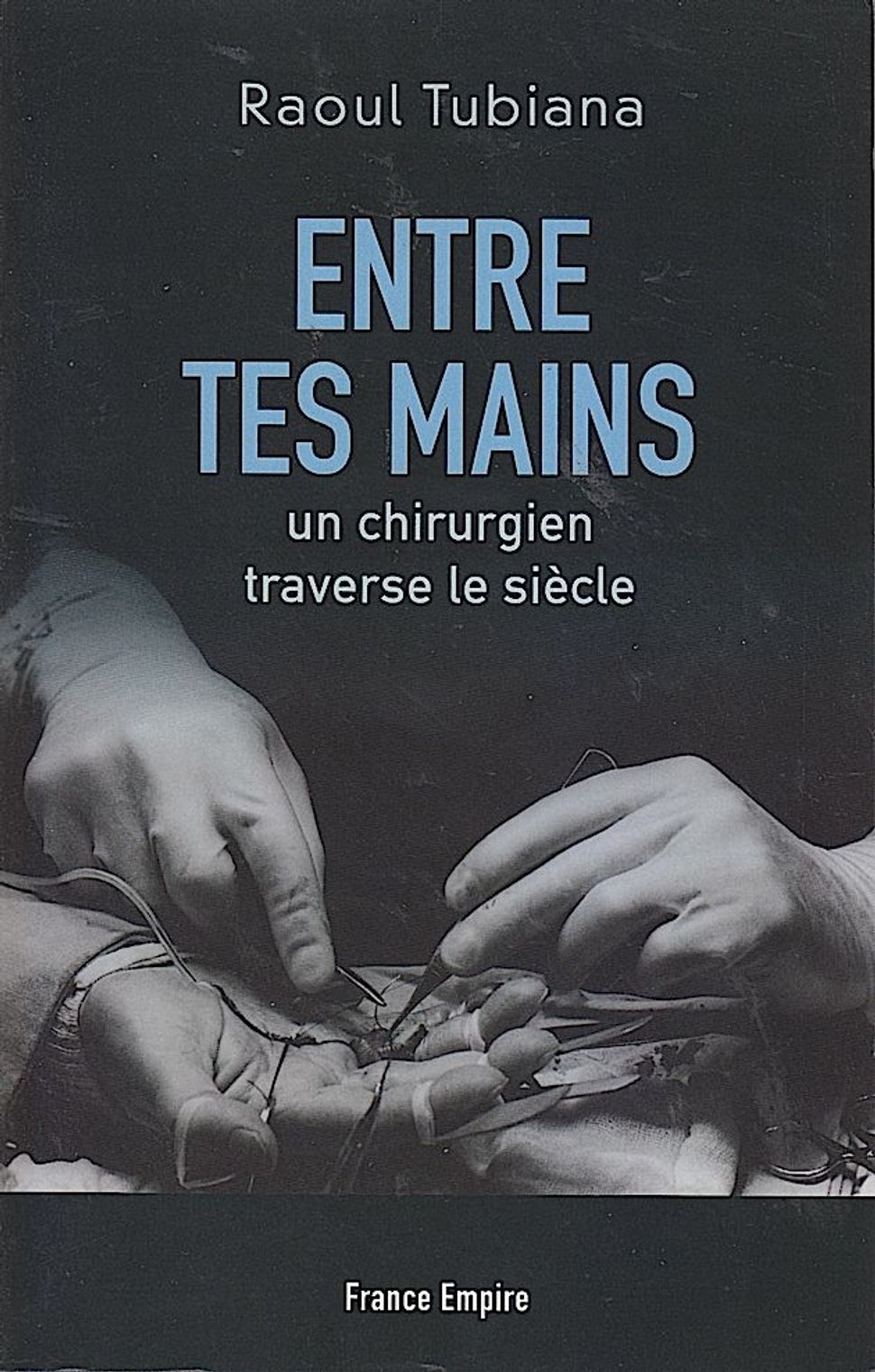 Jewish childhood experiences can determine a lifetime, as a recent heartfelt memoir, “In Your Hands: a Surgeon Traverses the Century,” published on October 20 by Les éditions France-Empire, demonstrates.

Its author, Raoul Tubiana, was born to a Jewish family at Constantine in north-eastern Algeria in 1915, and is a longtime resident of France. Still thriving at age 96 after a groundbreaking career as a specialist in hand surgery, Tubiana is co-author of such standard texts as “Examination of the Hand and Wrist” and co-editor of “Medical Problems of the Instrumentalist Musician”, both from Informa Healthcare.

“In Your Hands” reveals that these accomplishments were directly inspired by vivid memories of his mother Fortunée’s “hand tenderly caressing my face” as a small boy. Her premature death was due to a surgical error by a celebrated French gynecologist, Samuel Pozzi, who was called “Doctor God” by Sarah Bernhardt and also served as possible model for the character Doctor Cottard in Marcel Proust’s “In Search of Lost Time.”

Doctor God distractedly left a surgical swab inside Mrs. Tubiana during one operation, causing her years of future physical torment. Belatedly, impossibly, trying to repair this error in homage to his mother who was the first to introduce him to the joys of music, made Tubiana embrace the careers of surgeon and later, pioneering specialist in musicians’ hand ailments.

Defending young Raoul when he was banned from an Algerian scouting troop for being Jewish, his mother served as a lifelong exemplum of virtue, strengthening him to endure such encounters as a brief brush as a teenager with Picasso’s mistress-to-be Dora Maar, a “virulent anti-Semite” who was “afraid that people might think she was Jewish,” since her Croatian father’s name was the foreign-sounding Marković.

Serving in Paris and North Africa during World War II, Tubiana made firm artistic friendships, such as with the French painter/writer Serge Rezvani, whose Russian Jewish mother died in the Warsaw Ghetto. Repairing soldiers’ wartime injuries required Tubiana to innovate surgical approaches. A key post-war meeting with French Jewish mountaineer Maurice Herzog, who suffered from severe frostbite on his extremities during his 1950 ascent of the Himalayan mountain Annapurna “reinforced [Tubiana’s] decision to specialize in hand surgery.” As a patient himself at nearly ninety, Tubiana survived open-heart surgery despite some unsympathetic Paris hospital nurses whom he describes as lacking the empathy of nurses of yore. A sympathetic bon vivant himself, Toubiana is also a charmingly handy memoirist.