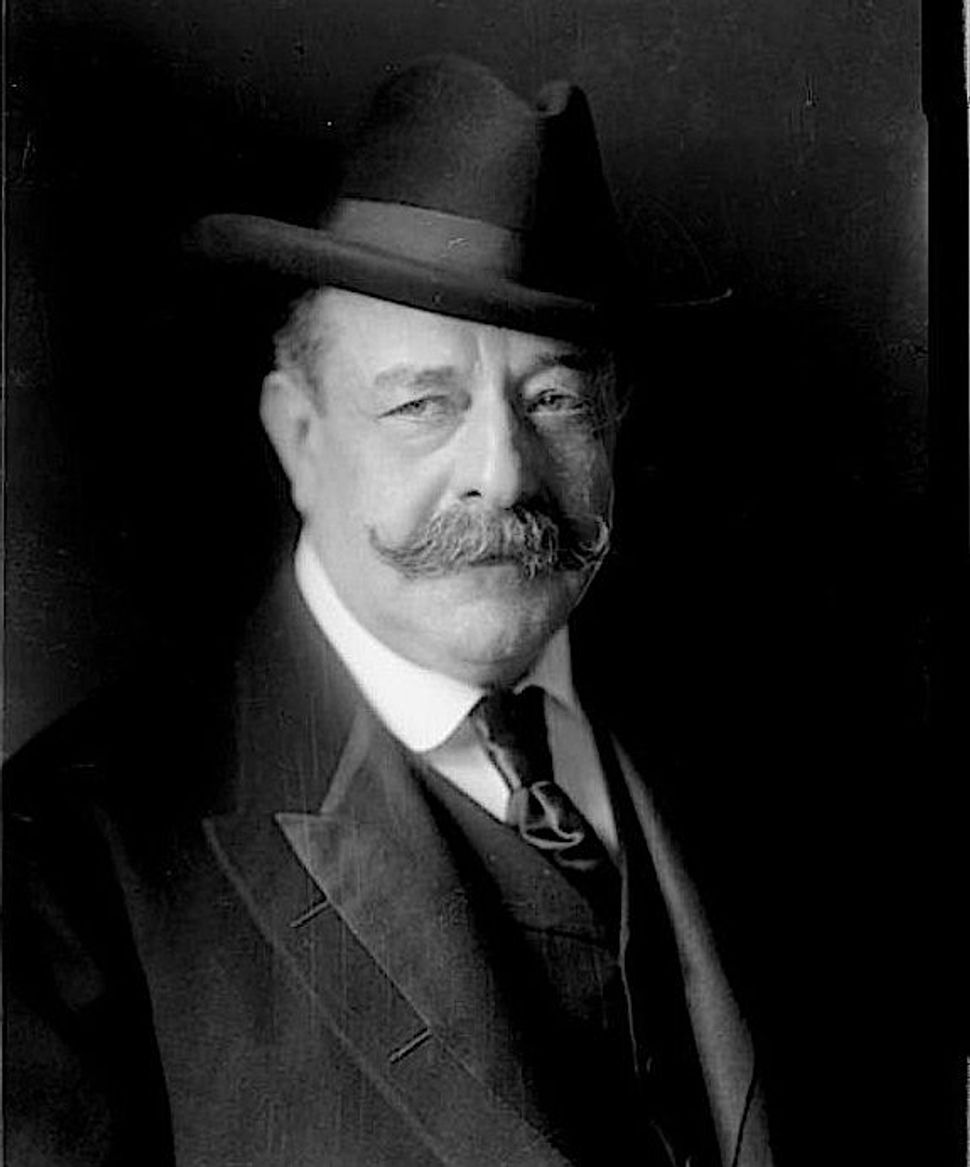 Image by Courtesy of the Austrian National Library

Who left more of a legacy to mankind, a German chancellor or a Jewish pianist? At the end of January, excited headlines announced that a previously unknown 1889 recording of the voice of Prussian ruler Otto von Bismarck was discovered by a scholar digging in the archives of sound pioneer Thomas Edison.

An overlooked find in the same trove is of unquestioned cultural importance to devotees of musical Yiddishkeit. The Jewish pianist and composer Alfred Grünfeld, born in Prague in 1852, is accepted as the first truly great pianist to make records. His previously known earliest recordings, from 1899, preceded other mighty keyboard colleagues’ first such efforts by a full decade.

The newly discovered Edison archive proves that Grünfeld was an even greater pioneer than once believed. An 1889 recording, made in Vienna of Grünfeld performing his own Hungarian Rhapsody, predates any records by other top pianists by a full two decades. Even through the hissing and sizzling sound of the ancient recording, Grünfeld’s stylish personality and panache come through.

By 1889, Grünfeld was already a fixture in Vienna, where he performed at elegant soirées, sometimes accompanying his brother Heinrich, a cellist. Grünfeld rubbed elbows with the piano pedagogue Theodor Leschetizky, Johannes Brahms and Johann Strauss. Even Vienna’s much-feared music critic Eduard Hanslick was a devoted admirer, stating of Grünfeld:

He is a musician beyond criticism; in public and in private one of the best known members of Vienna Society, and the greatest favorite with all musical people. By his brilliant playing as well as his sweet expression and gay humor, he understands to perfection the art of charming his listeners in Vienna.

Indeed, his previously known recordings include over one hundred 78-rpm sides of music by Schumann, Bach, Grieg, Debussy, and many others.

Not everyone was a Grünfeld fan. The waspish Polish Jewish pianist Josef Hofmann, a competitor, grudgingly granted that Grünfeld played with a “velvety tone, but he only played the salon music well.” The evidence of Grünfeld’s recordings proves otherwise, since his own transcriptions of salon-style music by Strauss were outdazzled by arrangements by such Polish Jewish virtuosos as Moriz Rosenthal and Ignaz Friedman. In Grünfeld’s hands, music by Brahms and other serious composers is rendered with dainty delicacy and also a certain chaste seriousness and lack of narcissism. Posterity should value such achievements by Grünfeld, who died in 1924, more than any spoken words from a once-powerful Prussian tyrant.

And listen to Grünfeld playing Schubert.

And listen to Grünfeld playing Brahms.