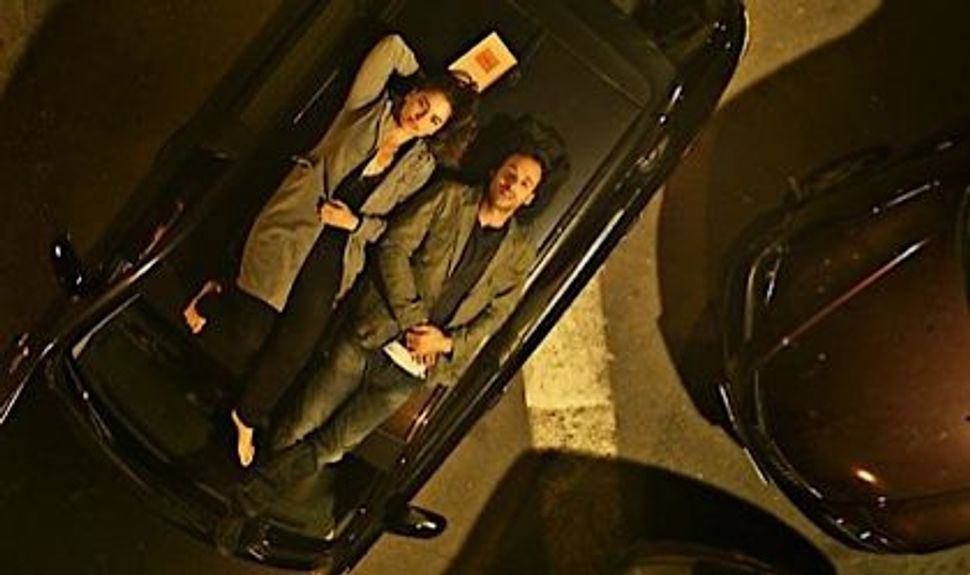 “2 night,” screening February 14 and 23 at the Atlanta Jewish Film Festival, opens inside a Tel Aviv bar, picking up where most hookup storylines leave off. The man and the woman in question, played by Yaron Brovinsky and Keren Berger, have already decided to go home with one another. As they walk to the car, he chafes at the artifice of dating:

Both scenarios are so simple that they could easily grow tedious. But the low-budget “2 Night” proves far more sophisticated than its packaging. Brovinsky and Berger have a playful, bristly chemistry; their characters are far from perfect (at times they’re both borderline appalling), but you get the sense that they very well might be perfect for each other. You want them to hook up, and that makes the parking search interminable.

They’re helped out by a hilarious, quickly paced script from Brovinsky and Roi Werner. Though crammed into a short time frame, the relationship development of the two characters never seems rushed or forced. Moments of uncomfortable tension are cut at just the right time with a joke or a smile, and the pacing isn’t afraid to languish when it needs to — at one point, the couple take a break from their parking search, climb on top of the car, and read poetry together. It sounds silly and forced (and I cringed when it started) but even that somehow worked.

Of course, the truth can be hurtful, and as the night wears on, the consequences of such brutal honesty start to catch up with them. In the end, a twist I certainly never saw coming reveals that one of them wasn’t playing by the rules from the start. And the question asked at every revelatory juncture in a relationship presses on them with an immediacy that can’t be ignored: Do you put up with it, or cut your losses and move on?

Watch the trailer for ‘2 Night’: