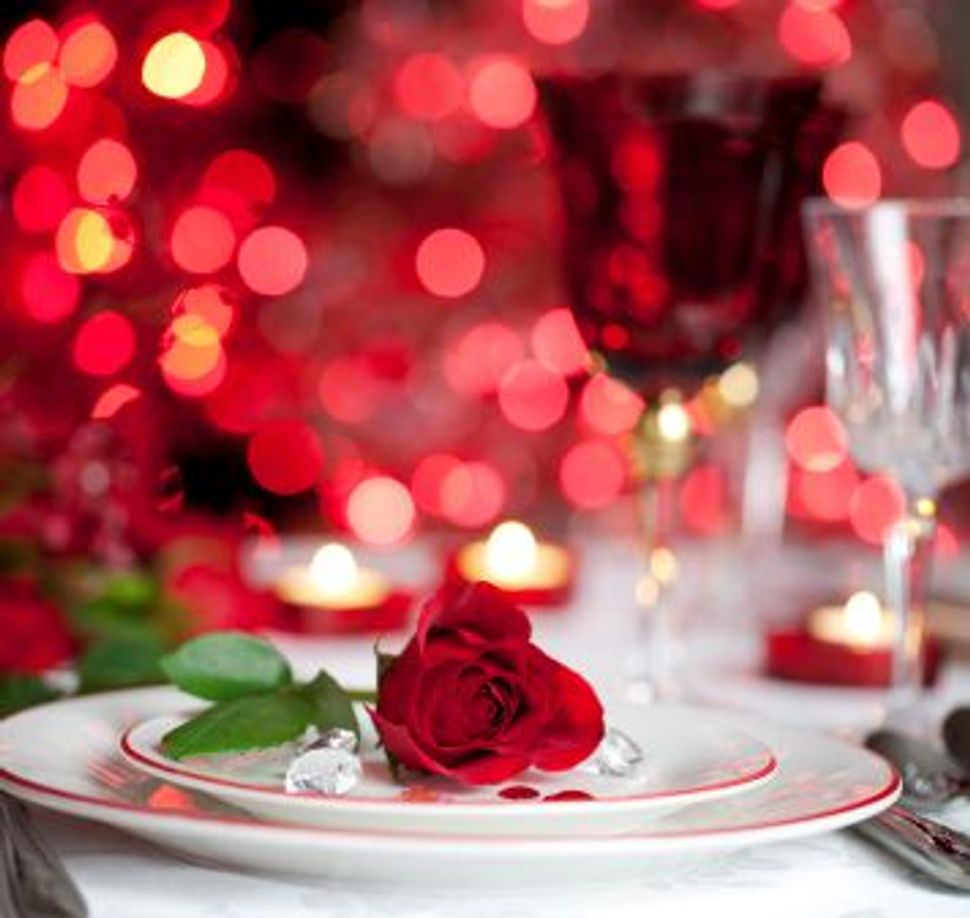 Comedic actress Michelle Slonim may like to joke around, but she is taking Valentine’s Day very seriously. So much so that she has planned a Date My Jewish Friend Extravaganza for the entire month of February. Known for the young Jewish singles events she has been organizing about once a month for the past year and a half, she has decided to take this social scene to a whole other level.

For Slonim, 31, who staged her original party as a way to support her “Michelle’s Jewish Date Party” interactive comedy show, told The Shmooze that she is motivated to bring young Jews together while supporting the arts and partnering with local businesses and organizations. “I like building community,” the New York native said. “I do it through comedy, through talking to people.”

Why go it alone when it comes to finding your love match? “Date My Jewish Friend harnesses the power of the original social network — real friends — to bring together young Jewish professionals ages 21 to 40. We think that no matter how fly you are, you could always use a wingman to give you that extra lift,” Slonim explains to potential funders on her project’s IndieGoGo page.

With no part of the extravaganza scheduled to take place exactly on February 14, it is clearly not about finding love on a single hyper-commercialized day. Rather, Slonim is offering a smorgasbord of varied activities to get the crowds of New York Jewish singles out meeting one another this month. The events planned are: a learning session on “Sex, Lies and Biblical Text”; “Date My Single Kid Live!” for moms and their single sons and daughters; a storytelling night; a comedy night; a “Get Your Shabbat Shalom On” Friday night dinner; a “Date My Gay Jewish Friend” party (“Hags, Hunks and Horas”) hosted by comedienne Jackie Hoffman; and a big “Winter Love Bash” finale.

So, if you are a young single Jew in New York, this month may just be the right time for you to get your Nicki Minaj-enstein on, as Slonim puts it…or at least to get by with a little help from your friends when it comes to seeking your bashert.