From Shtetl to Stage to Screen 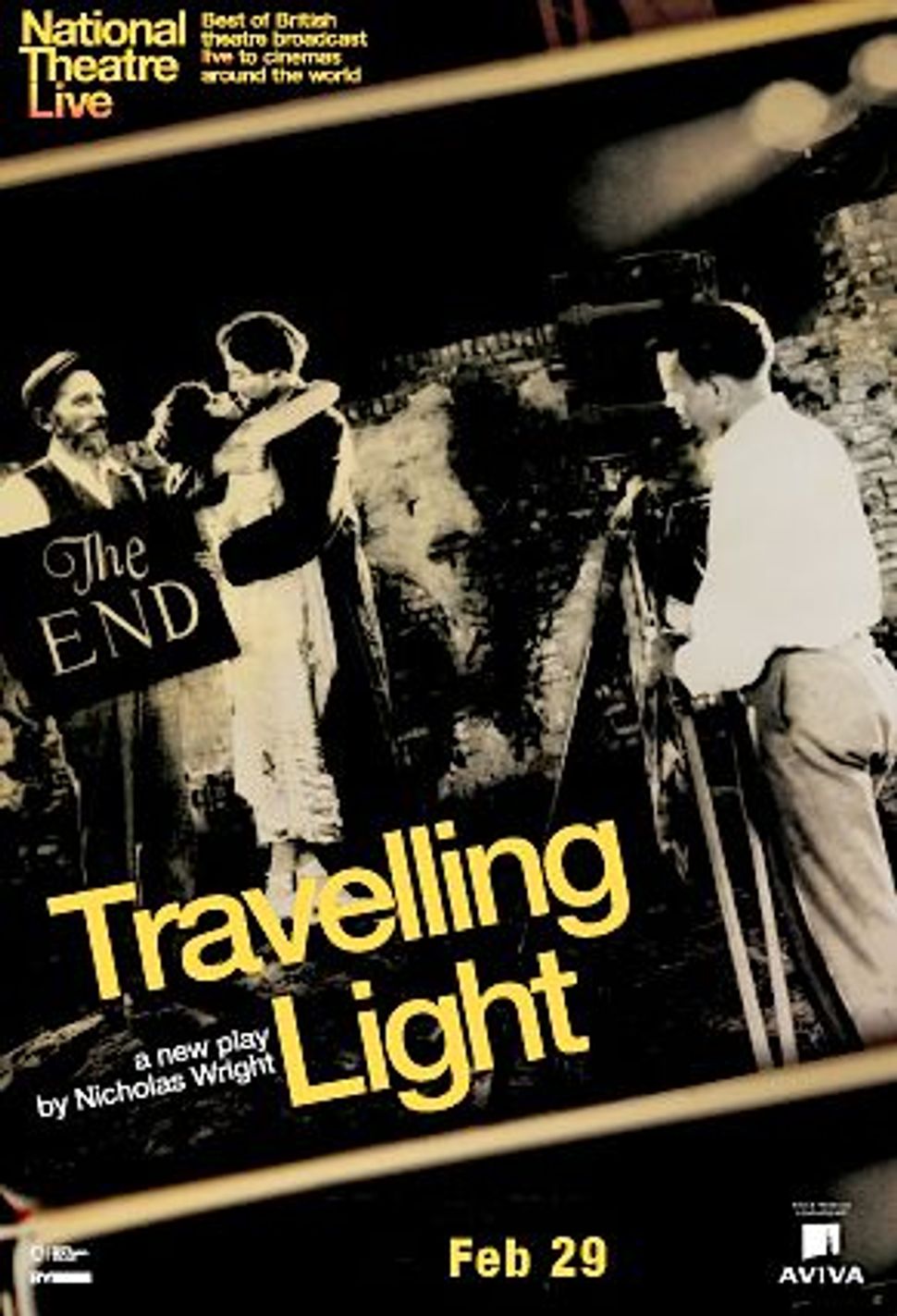 “It’s Hollywood in the shtetl.” That’s how playwright Nicholas Wright summed up his new play, “Travelling Light,” now at London’s National Theatre. He pretty much hit the nail on the head with this pithy description as he spoke to the audience in a talkback following the production’s worldwide simulcast on February 9.

Imagine “Fiddler on the Roof,” only with a young man let loose in the village with his early model motion picture camera. Also imagine a pushy producer and a young ingénue in the movie’s leading lady role. Finally, imagine that the young man with the camera runs away to America to become a Samuel Goldwyn or Jack Warner. Motl Mendl of the shtetl morphs into Maurice Montgomery of the studio.

Wright jokingly called himself “an assimilated Gentile” as he sat on stage with the play’s Jewish director Nicholas Hytner and Jewish film critic Jason Solomons. For Wright, the play’s through-line is Motl’s inability to ever fully become Maurice. “He carried the shtetl with him always,” Wright explained.

That may be the emotional core of the play, but its main conceit is that Jewish themes from the shtetls surrounding Vilna (where most of the studio moguls came from) were at the heart of early Hollywood moviemaking. Though it is a fictional idea (in reality the moguls were desperate to assimilate and therefore avoided making overtly Jewish films), it is amusing to imagine that pitches to producers, fights for artistic control, budgetary woes, focus groups, and even the casting couch all hark back to the Pale of Settlement.

Although Travelling Light’s ideas are engaging, its cast is less so. Damien Molony doesn’t quite have enough presence to hold the center as Motl, nor is there enough chemistry between Molony and Lauren O’Neil, who plays Lillian Gish lookalike Anna, to convince the audience of any real attraction between their characters.

The biggest letdown is Antony Sher’s portrayal of Jacob Bindel, the wealthy mill owner who bankrolls Motl’s filmmaking exploits. Wright mentioned that he had Sher in mind all along for the role of Jacob, but the actor ends up overplaying his character, looking like Tevye and sounding like Borat.

While Travelling Light’s production falls short, the National Theatre Live simulcast was fascinating in the way it blurred the line between film and stage. “Travelling Light” is itself a play about film, and the simulcast turned it into a film of a play. Far more captivating than the acting was the faux black and white footage “shot” by Motl, which is integrated into the script and projected in the theater during the performance. Ironically, these moving images, shown in close-up on the movie screen, had a greater impact on audiences hundreds or thousands of miles away than they did on the audience sitting in London’s Lyttelton Theatre.

“Travelling Light” does tell us that films can be “noble, miraculous things.” But it also suggests that behind the onscreen magic is real life. It’s the kind that comes with a lot of baggage, some of which originates — at least metaphorically — back among the mud roads, wooden houses and actual characters of the shtetl.

From Shtetl to Stage to Screen