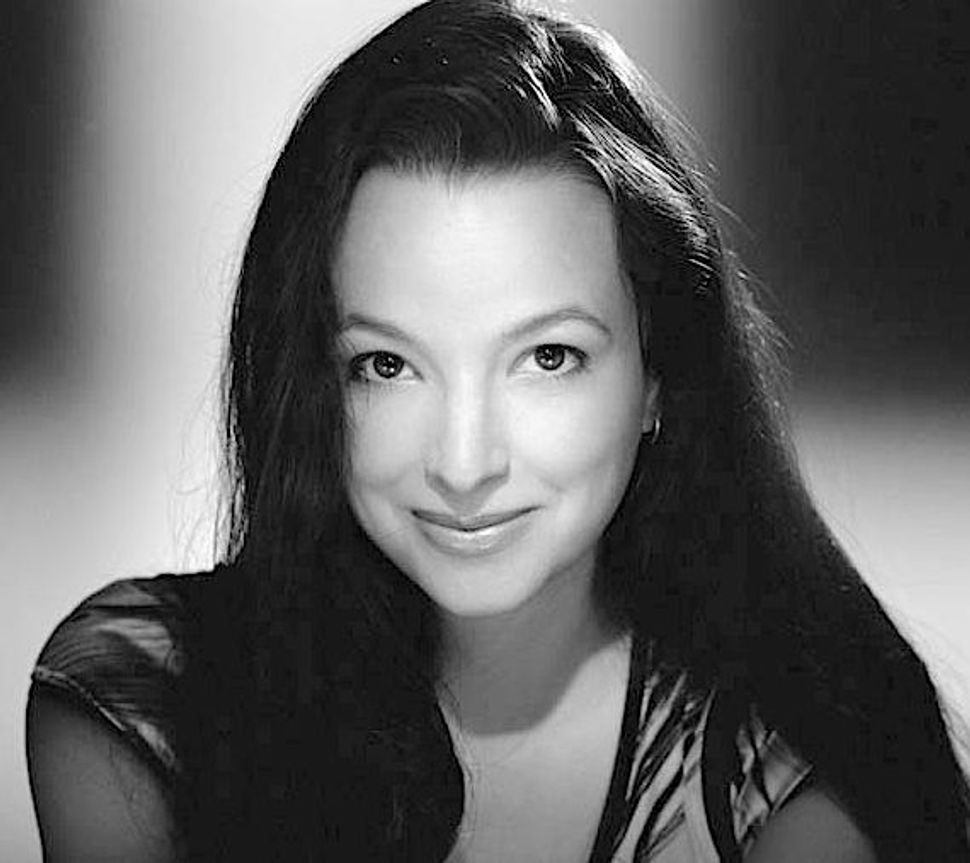 Perhaps the brainiest current romance novelist is the French Jewish writer Éliette Abécassis, born in 1969 in Strasbourg to an Orthodox Sephardic family. Her father, Armand Abécassis, is an historian of Jewish spirituality and prolific author himself. Éliette Abécassis teaches philosophy at the University of Caen and also writes middle-brow, accessible fiction about the storm and stress of being an Orthodox Jewish woman today.

She co-wrote the screenplay for the 1999 film “Kadosh” directed by Israeli filmmaker Amos Gitaï, set in Jerusalem’s Mea Shearim, and one critic described the movie as “two horror stories intertwined, about women tyrannized by men in the name of religious belief.” Her latest novel, out from Les éditions Albin Michel in August — with a Kindle version released on September 28 — suggests that Abécassis has more to say on the same subject.

The title of the novel, “You are Hereby Permitted to All Men” cites the Orthodox document for divorce, known as a “get,” which is presented by a husband to his wife, ending their marriage. If a husband refuses to cooperate, which is what happens in Abécassis’s novel, the wife may become what is called an Agunah‎, or “chained woman” in Hebrew. The protagonist of “You are Hereby Permitted to All Men,” Anna Attal, is an intellectual Judaica bookstore employee. After obtaining a civil divorce, she meets a new suitor in the form of a shopper named Sacha Steiner. Anna complains that her ex-husband was a lousy lover, which is not just grounds for divorce, she notes, it goes against the Kabbalah:

The man must kiss the woman at the moment of their union. The Kabbalists write that… the husband is obliged to satisfy her. If he transgresses that law, she has every right to ask for a divorce.

Yet when Anna consults her local rabbi, whom she likens to the 1950s images of Moroccan Jews by photographer Elias Harrus, he is ineffectual when her ex-husband proves obstinate. She obtains an annulment from Jerusalem rabbis which has no weight in Paris, and when she finally receives the get in France, it reads that she is “Permitted to All Men” except Sacha Steiner, who by then has already impregnated her. All this narrative tsoris led one French blogger to sniff ironically that Abécassis had “perfected the syncretism of the Harlequin Romance with the Kabbalah.” Less snobby readers will be intrigued by this heartfelt, informed story of an Orthodox women’s emotional vulnerability and travails.

Watch Éliette Abécassis present her latest bestseller, “You are Hereby Permitted to All Men.”