Dancing Creatures in an Enchanted Forest 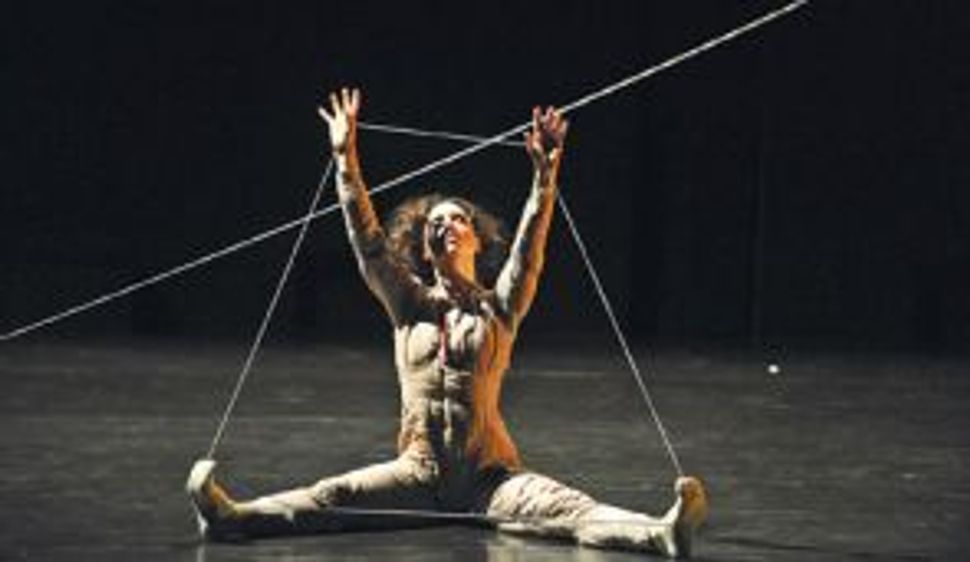 Thread is a prominent theme of the dance performance “Bombyx Mori,” the Latin name for a species of silkworm. In addition to the physical thread that crisscrosses the enchanted forest the stage becomes, the production also creates threads of memory that recall other performances by the same company. 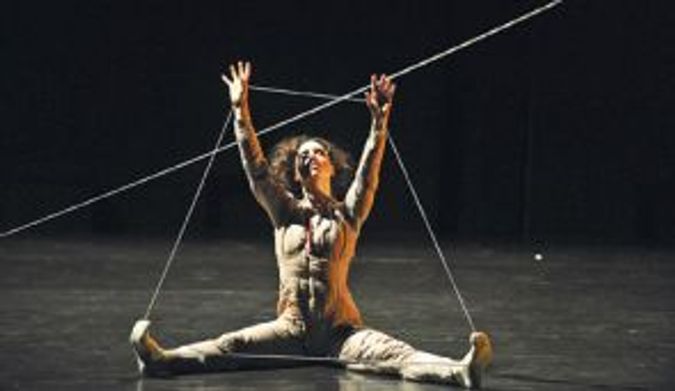 The dog, like the clown with the painted white face and round red nose, are characters familiar to those who frequent the productions put on by the Inbal Pinto and Avshalom Pollak Dance Company. They are guests in the forest of “Bombyx,” which opened Friday and will be on ‏(sporadically‏) through June 23 in several cities, and their presence encourages the audience to hark back to earlier works as they watch the fantasy puzzle unfold.

Although the black wall at the back of the stage is barely visible at first, it catches the eye because every dancer who wants to take part in the thread-spinning ceremony in the forest must first crawl toward the wall. This is a kind of visual conceptualization and prop setting that, in various guises, appears in almost all the works performed by Pinto and Pollak. Wondrous creatures enter, or are swallowed, within these cracks and openings in walls; the creatures appear to come from nowhere, and to be headed to no place in particular.

Dancing Creatures in an Enchanted Forest