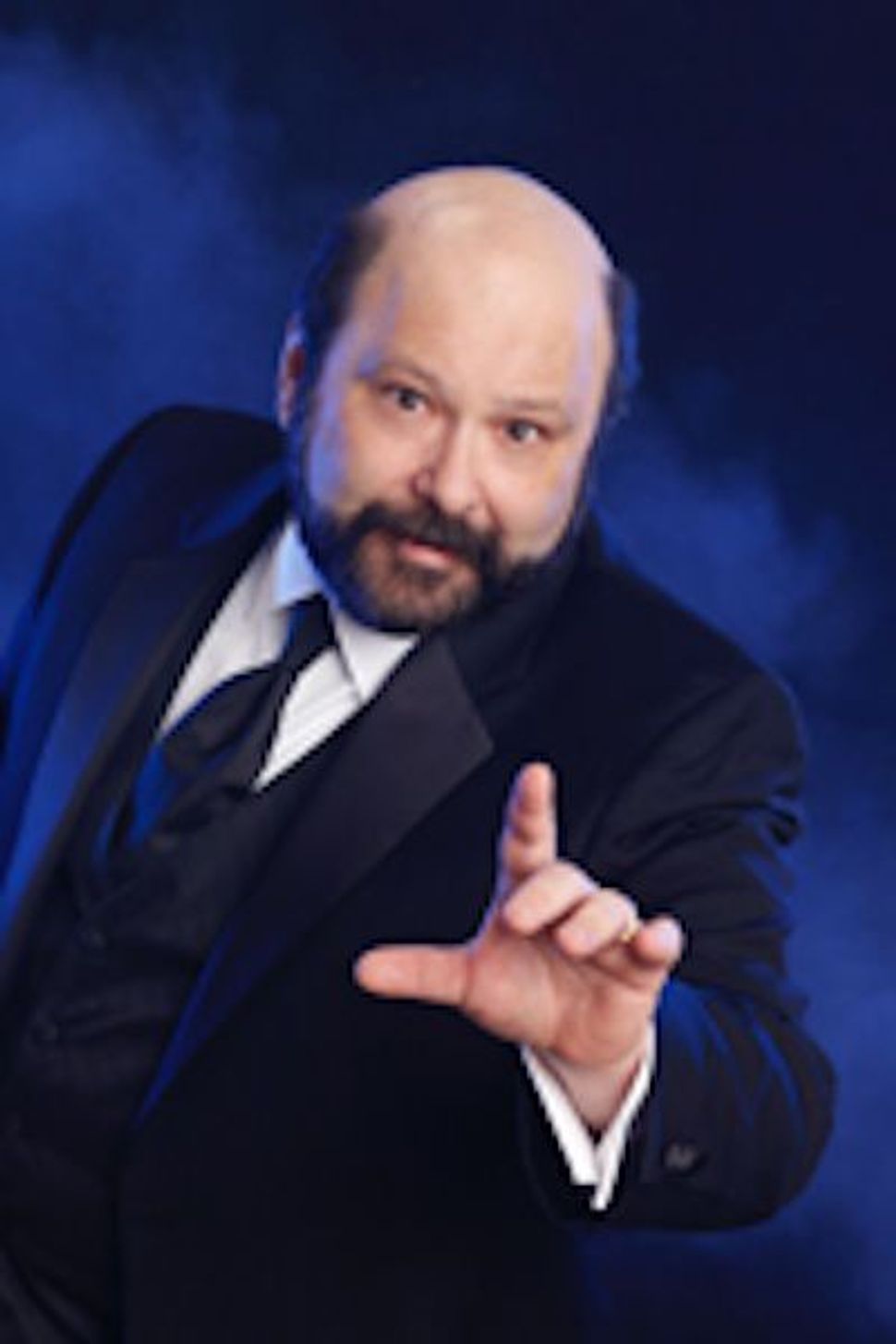 Mentalist Marc Salem knows how to read people. He begins and ends his latest show, “Mind Over Manhattan,” by assuring his audience that there’s nothing paranormal or supernatural about what he does. But it’s hard to reconcile those claims with the “magic” he performs onstage.

How, wearing multiple blindfolds, does he identify items just by placing his hands in their proximity? How does he call out audience members by name and describe favorite vacations they’ve been on?

Salem, 57, born Moshe Botwinick, is a rabbi’s son with a Ph.D. in psychology. He studied with Ray Birdwhistell, who founded the field of non-verbal communications, which, Salem says, is the science he uses to deduce his responses.

“Mind Over Manhattan” is the latest incarnation of “Mind Games,” a show he’s performed from Broadway to Brazil. It’s currently at the concert hall at the New York Society for Ethical Culture. Salem spoke to The Arty Semite about non-verbal communication, Broadway plans and his sixth sense of humor.

Curt Schleier: Do you believe you have a special gift?

Marc Salem: I think no more so than an athlete might have a gift. I think I have a talent and I think I have a hereditary predisposition. My dad — he was a rabbi — was a very quick read of people. But I trained, too. If I have a sixth sense, it’s a sense of humor.

How old were you when you recognized these talents?

What were your parents’ reactions to your skills?

They were very cool. They lived in a world of the intellect and religion, and those two allow you a lot of latitude in what surprises you — which means very little.

You used these senses to work your way through graduate school.

I did things like corporate lectures and corporate talks, everything from how to read a client to how to be motivated to get the corner office…. I never counseled anyone [as a psychologist]. Not interested. I know my dad, being a rabbi, was affected negatively. He was never able to remove himself from other people’s pain. He died when he was very young, and I knew then that [my two brothers and I] would never go into the rabbinate or any healing profession, because the pain would be too close to the surface for us. We don’t have a lot of calluses on the outside, and you need that.

Who were some of your most interesting clients?

I counseled the [New York Football] Giants for two years. I didn’t teach them how to play better. I taught them how to read the non-verbal signs of the opposition. I worked with police departments and with Homeland Security at Logan Airport. I don’t train them on how to do what they do, but how to do it better. More like Israeli security, because they know how to pay attention. They know how to ask the right kind of questions. And they study.

What is it you look for?

I try to hear someone inhale and exhale. It’s little motions that you would hardly see. This is how early man survived, and we’ve lost our abilities to tie in with it…. Sometimes you meet someone and you either like them or don’t like them immediately for reasons you don’t understand. That’s because you’re picking up signals from them. We’re taught reading, writing and arithmetic, but we’re not taught the language people speak most of the time, the non-verbal language. I can tell a friend that I can’t stand his tie, it smells. But because he sees my non-verbal language, he knows I’m joking.