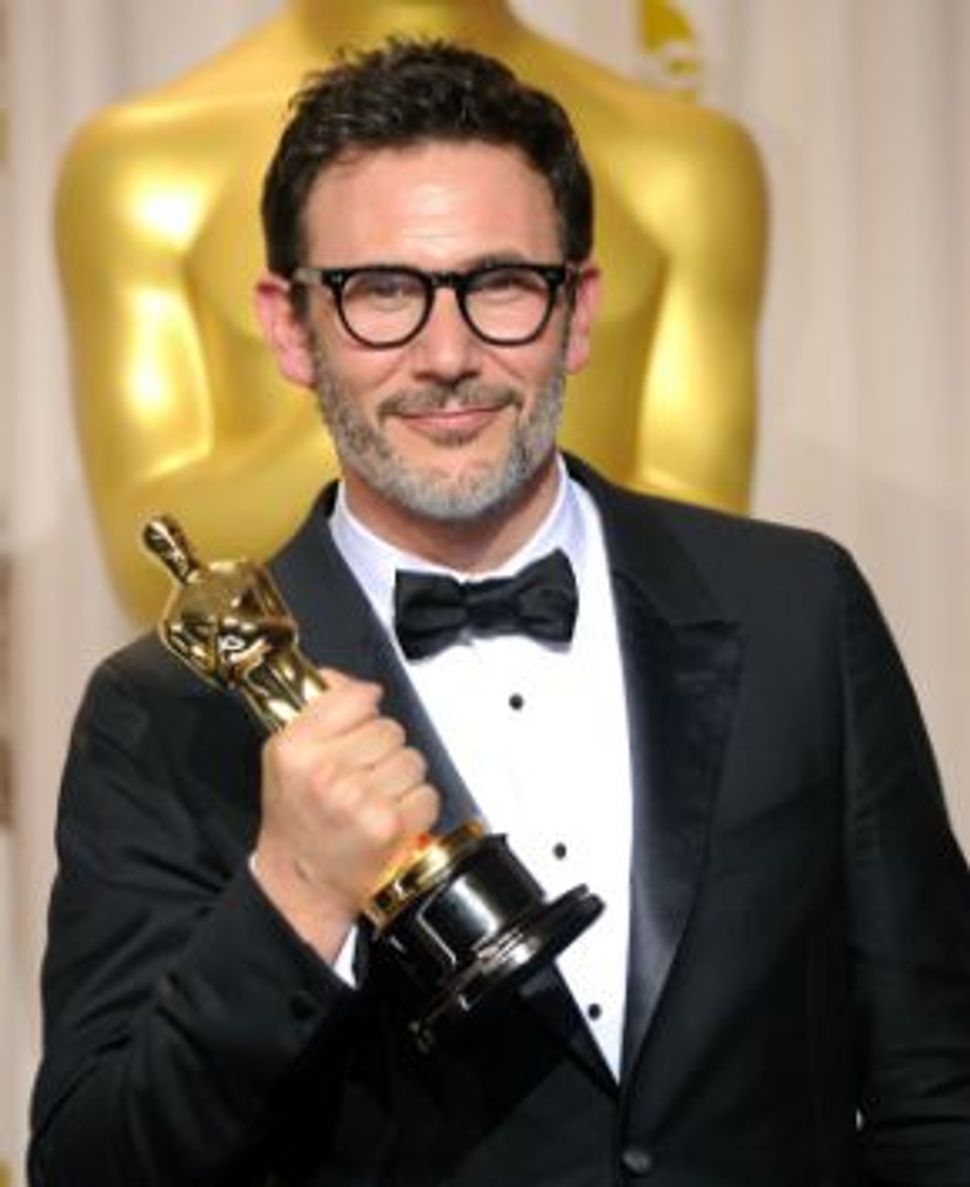 French President Nicolas Sarkozy publicly congratulated actor Jean Dujardin and director Michel Hazanavicius on winning the Oscars for best actor and best director, respectively. The president proudly stated that these awards, along with three others (including best picture) for “The Artist” “demonstrate the exceptional vitality of our cinema and the success of our policy of supporting the excellence of this great French industry.”

The Jewish community in France is likely doubly excited about Hazanavicius’s win, as he is the son and grandson of French Jews who survived the German occupation of France by hiding in the country’s hillsides, according to The Algemeiner. The director’s family is originally Lithuanian, with his grandparents having settled in France in the 1920s.

The Algemeiner also reports that Hazanavicius has hinted that his next project may be an adaptation of a “The Search,” a 1948 film that tells the story of a young concentration camp survivor and his journey to find his mother following World War II.