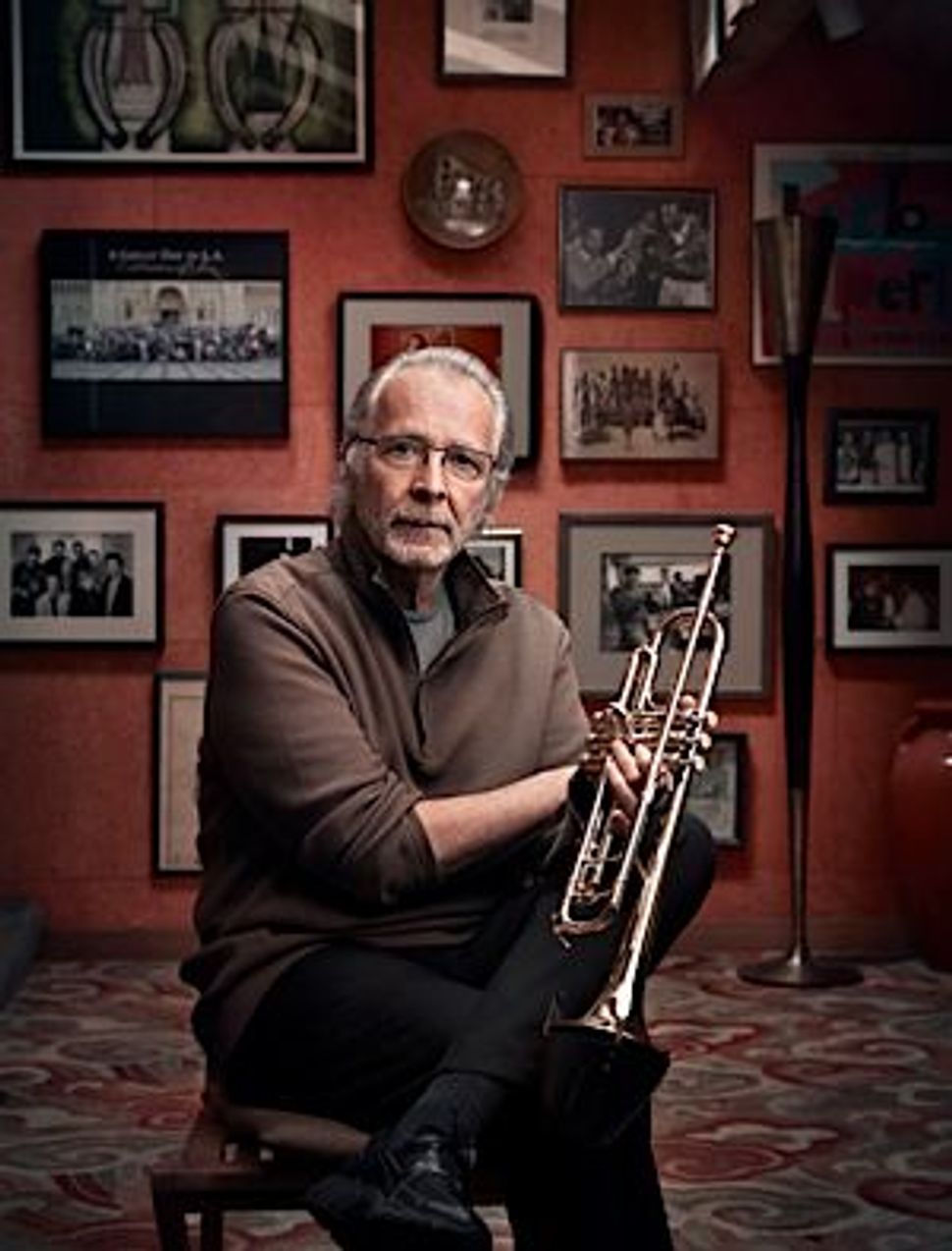 Herb Alpert’s list of accomplishments is longer than, well, a trombone. He is the composer, arranger, trumpet player and leader of the famed Tijuana Brass, as well as a record producer (he and partner Jerry Moss founded A&M records), painter, sculptor and philanthropist. 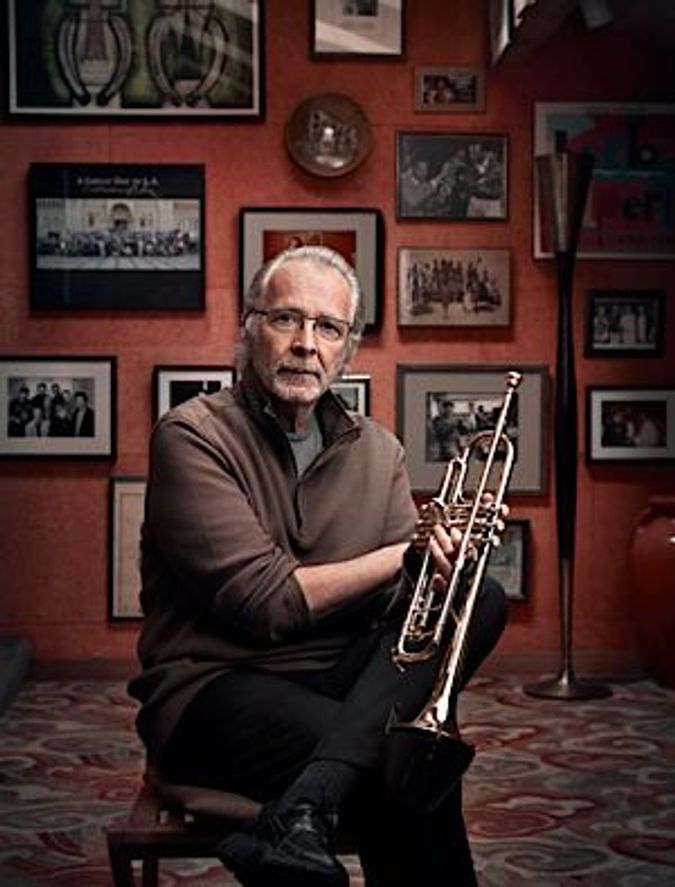 Alpert has had five number one hits, 15 gold and 14 platinum records, won eight Grammy Awards and was named to the Rock and Roll Hall of Fame. His art work is regularly exhibited at galleries around the country and the Herb Alpert Foundation has given away well over $100 million since it was founded in 1988, mostly in support of arts education programs.

Now nearing age 77, Alpert is still recording. His latest album is “I Feel You,” with his wife, singer Lani Hall. The two are currently in New York at the Carlyle Hotel for a two-week run, starting tonight.

Alpert spoke on the phone last week with The Arty Semite about growing up Jewish in Los Angeles, discovering the trumpet and becoming a star.

Curt Schleier: Can you tell me a little about your Jewish upbringing?

Herb Alpert: My dad used to read the Forward religiously. He read the Yiddish version. He was from Russia and spoke Yiddish. He was always reading. I went to Hebrew school; my parents were High Holidays religious.

Did your parents push you to play an instrument?

That wasn’t forced on me. I was fortunate. My grammar school had a musical appreciation class full of instruments. I just happened to pick up a trumpet.

When did you realize that moment was kismet?

It took a while before I had a little fun playing it. Little by little the fun increased. But there was a time when I’d find excuses not to practice. I’d say my lips were chapped. I wanted to go out and play baseball.

Your mother was particularly supportive, wasn’t she?

Our home was close to our neighbors and sometimes someone would shout out for me to shut the window or keep it down. My mother would always yell back, “Knock it off!”

Was there a point when you realized you were really good?

In junior high school I was first trumpet in the school orchestra. We’d have to audition every few weeks and I won every time. That’s when I got the feeling something was happening. I realized I had good relative pitch so I was able to play songs I heard on the radio. In high school, a friend of mine organized a little group, a trio. We started playing weddings and bar mitzvahs. There was also a local TV show that pitted high school musicians against each other. We won like eight weeks in a row, which kind of elevated our worth. From that point on, we were playing three or four jobs every weekend.

How did you develop the Tijuana Brass style?

I was drafted and sent to the band school at Ft. Knox, Ky. That’s where I ran into several trumpet players who were better than me. Some of the trumpet players from the east coast had more talent, and I realized if I was going to become a professional, I was going to have to come up with my own style, my own identity. Around the time I was discharged, some of the artists of the day were doubling their voices or their guitars. I started doing that on trumpet and came up with the Tijuana Brass.

Do you see anything in your Jewish background that influenced your music?

I’m sure there is, but I can’t identify it in words.

Did you ever consider calling it the Tel Aviv Brass?

[Laughs] You’ll have to ask my partner [Jerry Moss]. I got the idea in Tijuana. I used to go to the bull fights and I was trying to give my impressions of those Sunday afternoons.

Tell me a little about the Herb Alpert Foundation. You’ve given away literally millions every year, mostly to foster education in the arts.

My dad was very generous. He used to give to the UJA every year. I guess it’s just in my DNA. I started the foundation before we sold A&M. It just felt natural to me. I’ve been blessed beyond my wildest dreams and it feels natural to me to give back. I think a kid’s education is not complete unless it includes a serious creative component.

You have a two-week engagement at the Carlyle. You still tour and record. What drives you?

I operate 75% to 80% from the right side of my brain. I spend my day painting and sculpting. A friend just called me and asked me why I was doing the Carlyle. He thought I needed the money. I’m doing it because I love it. It gives me energy; it doesn’t take energy away.