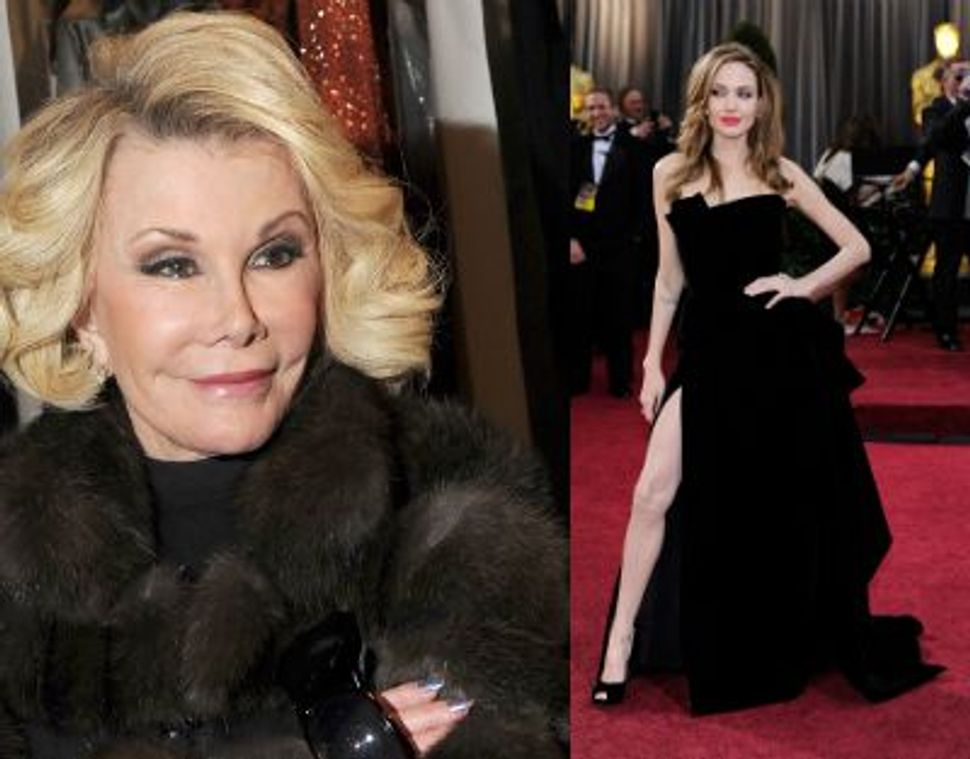 Joan Rivers is known primarily for two things: her addiction to plastic surgery and her predilection for calling it like she sees it — on the red carpet and off. She’s in the news most recently for the latter, only in this instance she issued her commentary with even less tact than usual.

Rivers, like the rest of us, did not miss Angelina Jolie’s revealing display of leg on her way into the Academy Awards ceremony this past Sunday. That exposed appendage is now so famous that it has several of its own Twitter accounts. The first of them (with 39,410 followers) opened just a mere few minutes after we all got a glimpse of gam.

Rivers, of course, had something less than nice to say about Angie’s Right Leg. “Angelina Jolie looked like a fool the way she posed,” Rivers told RadarOnline.com. “She took herself right out of that super star category because you now realize she stands in front of a mirror to figure out [what she looks like.]”

True, snark is expected from Rivers. But she may have gone overboard in commenting on Jolie’s increasingly thin frame and boney arms — which were clearly visible with the actress wearing a strapless black velvet Atelier Versace gown. “That looks like Auschwitz adjacent,” Rivers remarked. RadarOnline suggested Joan might have “made a remark that many are likely to find offensive.” The Shmooze would agree.