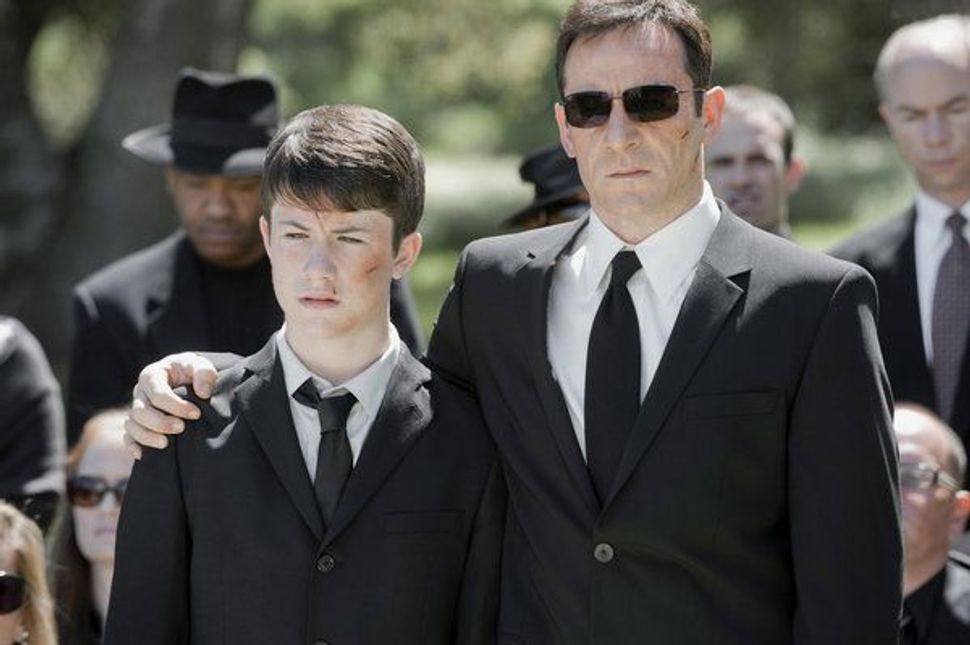 British actor Jason Isaacs is best known for his role as the villain Lucius Malfoy from the “Harry Potter” movies, but you also might recognize him from his role as the Scottish private investigator Jackson Brodie on the popular British series, “Case Histories,” shown in the U.S. as part of the PBS “Masterpiece Mystery!” series. 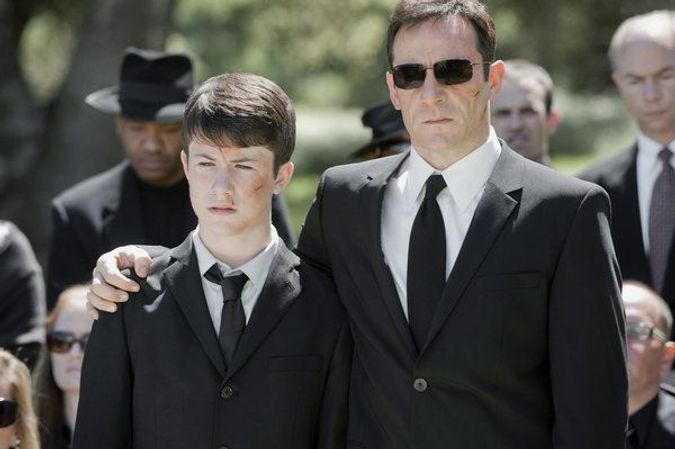 His latest role is as an American detective, Michael Britten, in the NBC series “Awake,” which premieres March 1 at 10 p.m. on NBC. On a trip with his family, Britten gets into an accident and wakes up in a dual world — in one reality he lives with his wife and his son died in the crash, while in the other he is a widower raising his son.

Isaacs is the great-grandson of one of the founders of the Jewish community in his native Liverpool. It the midst of a hectic day on set he spoke to The Arty Semite about being a Jewish Liverpudlian, his first exposure to the outside world, and how he first turned down the “Awake” role.

Curt Schleier: What was it like growing up in Liverpool?

Jason Isaacs: It was a very tight, insular community. I spent my entire life at the Jewish boys’ club. It was only when I came to London when I was 18 that I saw an outside world that wasn’t Jewish. And I assimilated like the rest of my generation.

Was it much of a culture shock?

Liverpool when I grew up in the late ‘60s still had bomb sites from the war. My parents and others of that generation were teenagers during the war and remembered when the camps were liberated a few hundred miles away. There have been Nazis in London. I think they had a sense that the world they lived in, the world they loved, was unwelcoming.

I’m of a different generation. I didn’t see religion or color until I was a teenager. All my friends were Jewish and I went into this big, bad world expecting to find rampant anti-Semitism. But I didn’t. My wife is not Jewish and we celebrate Hanukkah and Christmas. I’m raising my children so they know the [Jewish] traditions and songs and can identify anybody as a human being.

How did you get into acting?

I went to university to study law. I’d been there for about a week and felt very much like a fish out of water. I was surrounded by people with different accents and backgrounds and so when I saw a sign [put up by a theater group] looking for someone who could do a Liverpool accent I knew I could do that. I signed up and wound up running and producing shows at the Edinburgh Festival and the London fringe, which is like off-off-Broadway.

When it came time to graduate, unlike my contemporaries, I applied to [the London School of Drama]. I never thought I would go. I just wanted to see if I could get in. So I auditioned. I thought if I got in I’d keep the acceptance letter and hang it on the wall of my law office or show it to my son when he was 10. But I didn’t get a letter. A lady came to the room and said. “Would you like to attend?” and I just said, “Yes.”

It’s funny how things work out by chance. That’s kind of how you got this role in “Awake,” isn’t it?

I was in Los Angeles trying to sell an idea to FX [network]. It was for a show I wanted to create and make and possibly appear in. Howard Gordon, the show runner [and executive producer] had told me Bob Greenblatt [chairman of NBC entertainment] would like me to take a look at this script. I told him, no, I want to work on my own show. Gordon said he understood and felt the same way, but take a look at it, you’ll like it.

So I did and respected it a lot. I couldn’t get it out of my head. It wasn’t so much that I wanted to play the part, but I wanted to be the first person to find out what happens in episode two. I found it very human and very entertaining. So even though it wasn’t what I set out to do, I had to stop and take a deep breath and recognize how forces can conspire to throw something that’s engaging at you.

Did anyone ever suggest that you change your name?

Actually I suggested it to myself. I thought long and hard about it. I don’t think audiences should know anything about actors, their ethnicity or anything. I want them to concentrate on the character. Some years ago I was at an event for Soviet Jewry and saw a very famous Jewish actor. I won’t mention his name. I asked him about changing my name and he said, “Absolutely no.” He said, “Don’t be ashamed of yourself.” I thanked him and started to leave but turned back and asked him, “Is that your real name?” He said, “No, but I’m of a different generation.”