‘Hora’ to the ‘MAX’ With Batsheva 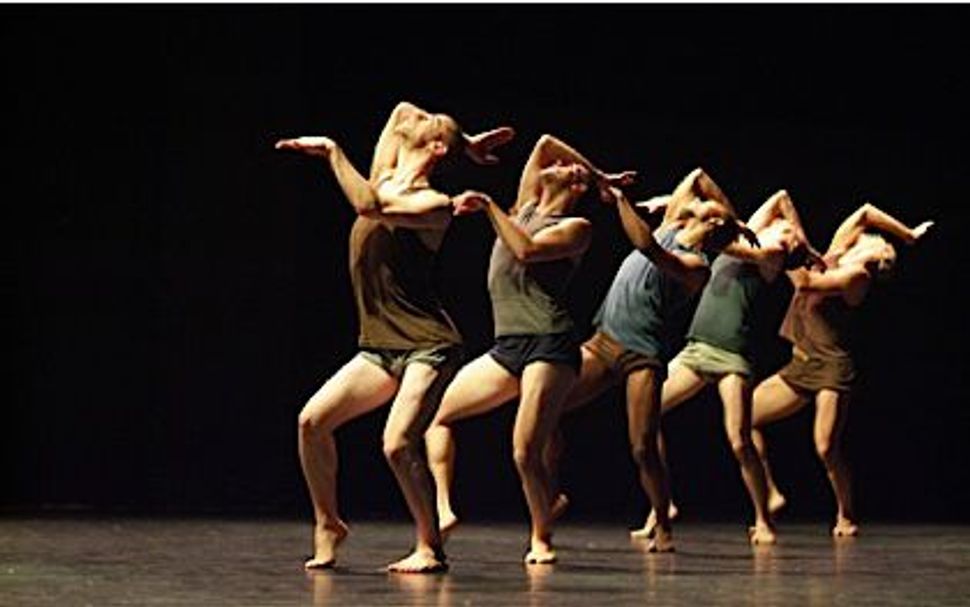 Yaara Moses, like many other little girls growing up in Jerusalem, wore tutus, danced ballet, modern, and of course, Israeli folk dances. When she was 11 years old her mother took her to see Batsheva Dance Company perform Ohad Naharin’s “Anaphaza.” It was an experience that changed her life.

“My jaw dropped. It was different than any other dance I had seen,” Moses said in an interview with The Arty Semite. “There was so much power, grace, and humor. It moved something in me.”

Guy Shomroni, who started dancing as a teenager in Tel Aviv, felt equally compelled the first time he saw Naharin’s choreography. “It was truly unique. It was as if the movement was some type of extra-communication.”

Moses and Shomroni both joined the Batsheva Dance Company in 2005, and continue to be inspired by Naharin’s evocative movement style. This month they come to the U.S. on a tour featuring two of his recent pieces, “Hora” and “MAX.”

“Hora” which opens Wednesday, March 7 at the Brooklyn Academy of Music, is an exuberant evening-length work. Arranged by the famed electronic musician Isao Tomita, the score features a blend of music from classical to space age: Strauss and Debussy are intermixed with John Williams’s “Star Wars” theme.

In typical Naharin-style, the choreography is dynamic and eclectic. The 11 dancers are dressed in black tank tops, shorts, and leggings; they jut their heads like birds, wiggle with reckless abandon, and then halt in sharp ballet poses. “The synthesizer brings out amazing extremes,” said Moses. “There is an intense drama, violence, and humor with the shortest transition.”

An experienced folk dancer, Moses thinks that “Hora” contains folk-inspired elements, and that it explores the relationship between the individual and the group. “But the piece is not a direct comment on the traditional Hora,” said Moses. “‘Hora’ initially was about the sound of the word, which has meaning in many languages,” added Shomroni. “There is never just one story in Ohad’s pieces — that is the beauty of it.”

Filled with rigorous, athletic sequences, “MAX” — being performed in cities around the U.S. throughout March — displays a visceral intensity. The score is a soundscape filled with dissonant noises: drum beats against metal, chanting, and a deep male voice counting in an invented language. In some scenes there is powerful unison. The 19 dancers, costumed in shorts and tanks, huddle together shaking in frenetic gestures. In other sections, one dancer bends and twists waiting for another to introduce the next step.

“It’s a very collaborative experience,” said Shomroni about the creation of “MAX” and “Hora.” “Ohad plays with our movements and then researches the possibilities.”

The idea of choreography as movement research is integral to the philosophy of Gaga, Ohad Naharin’s movement language and the current training platform of Batsheva. Trained in Gaga for over a decade, Shomroni and Moses find that the technique has radically improved their dancing.

“Gaga is a true revolution in movement,” said Moses who now also teaches the technique. “Now I know how to understand my rhythms and patterns, my fears and blockages. Now I finally know how to let go.”

‘Hora’ to the ‘MAX’ With Batsheva