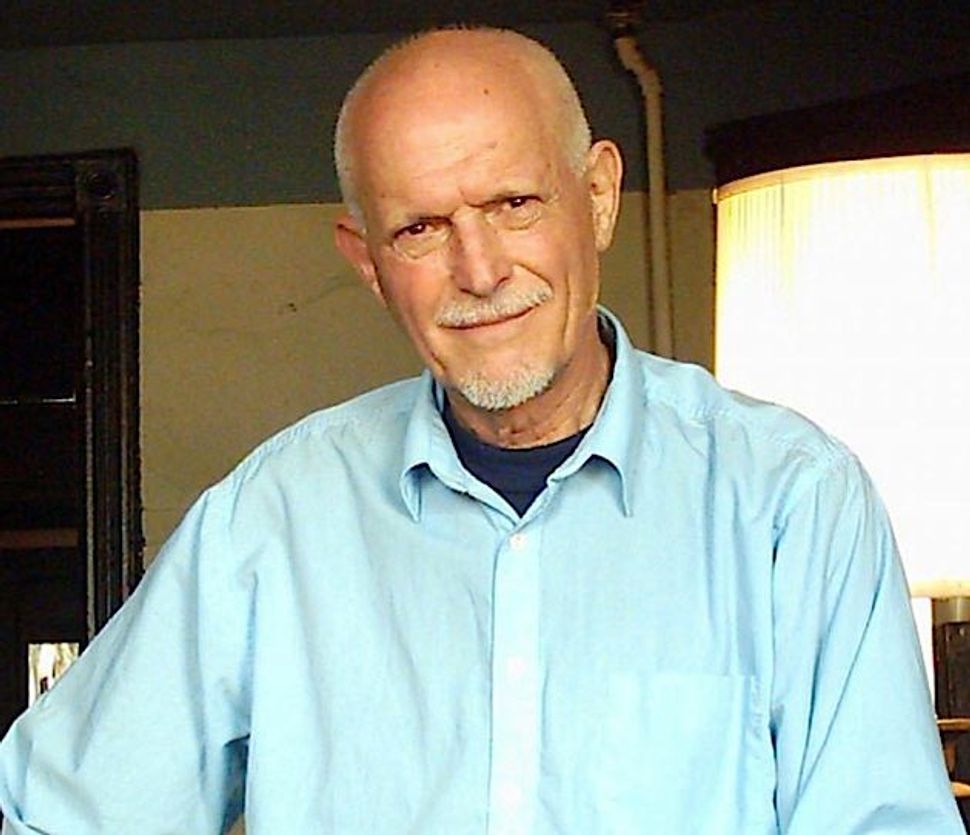 Admirers of the Brooklyn-born Jewish poet Edward Field, whose “After the Fall: Poems Old and New” appeared in 2007 from the University of Pittsburgh Press, will rejoice in the role he plays in an April 16 book from W. W. Norton & Company, “Letters to a Friend” by the venerable British literary editor Diana Athill.

Athill was a longtime mainstay of the publishing house founded by the Hungarian Jewish émigré André Deutsch. Her letters from 1981 to 2007 radiate stalwart support and friendship, although not to the extent of preserving Field’s epistolary replies, which are lost to posterity. Even in obliquely reflected glory, Field’s forthright personality shines through her letters as it does in his first, and best, 1960s poetry collections “Stand Up, Friend, With Me” and “Variety Photoplays.” In these, Field, born in 1924, emerged from a near-death escape during World War II military service to strongly affirm his dual identities as gay and Jewish.

or exulting in campiness, as in this homage to the comic strip character Nancy:

When scolded by Aunt Fritzy Ritz
Nancy seems to lose her wits.
Nancy is often very cross
but Fritzy’s the undisputed boss.

Field is a celebrant. Indeed, in this, he is much like Athill, who in her mid-90s fulfills a role in the British literary milieu somewhere between Chaucer’s Wife of Bath and Aunt Augusta in Graham Greene’s “Travels with My Aunt.” In his gossipy 2005 memoir “The Man Who Would Marry Susan Sontag: And Other Intimate Literary Portraits of the Bohemian Era” from The University of Wisconsin Press, Field described such Jewish literati as Robert Friend, Sol Yurick and Alfred Chester. Also now-dusty political movements such as the Schachtmanites who followed the Marxist ideology of the American Trotskyite Max Schachtman.

As “Letters to a Friend” explains, Field owes his introduction to Athill to Chester, with whom the long-suffering editor bravely dealt through mental illness and other crises. Sure of their mutual affection, Athill complains to Field about the aging Deutsch as well as another Hungarian Jew, humorist George Mikes. According to Athill, Mikes’s books such as 1946’s “How to be an Alien” and 1969’s “The Prophet Motive: Israel Today and Tomorrow” required unacceptable amounts of editorial intervention. Nobody’s fool, Athill decisively rejects the advances of another importunate friend of Chester, British writer Norman Glass, so her esteem for Field’s work was discerning, if sometimes over-generous.

Watch Diana Athill in November 2011, describing her collection of letters to her longtime friend Edward Field.