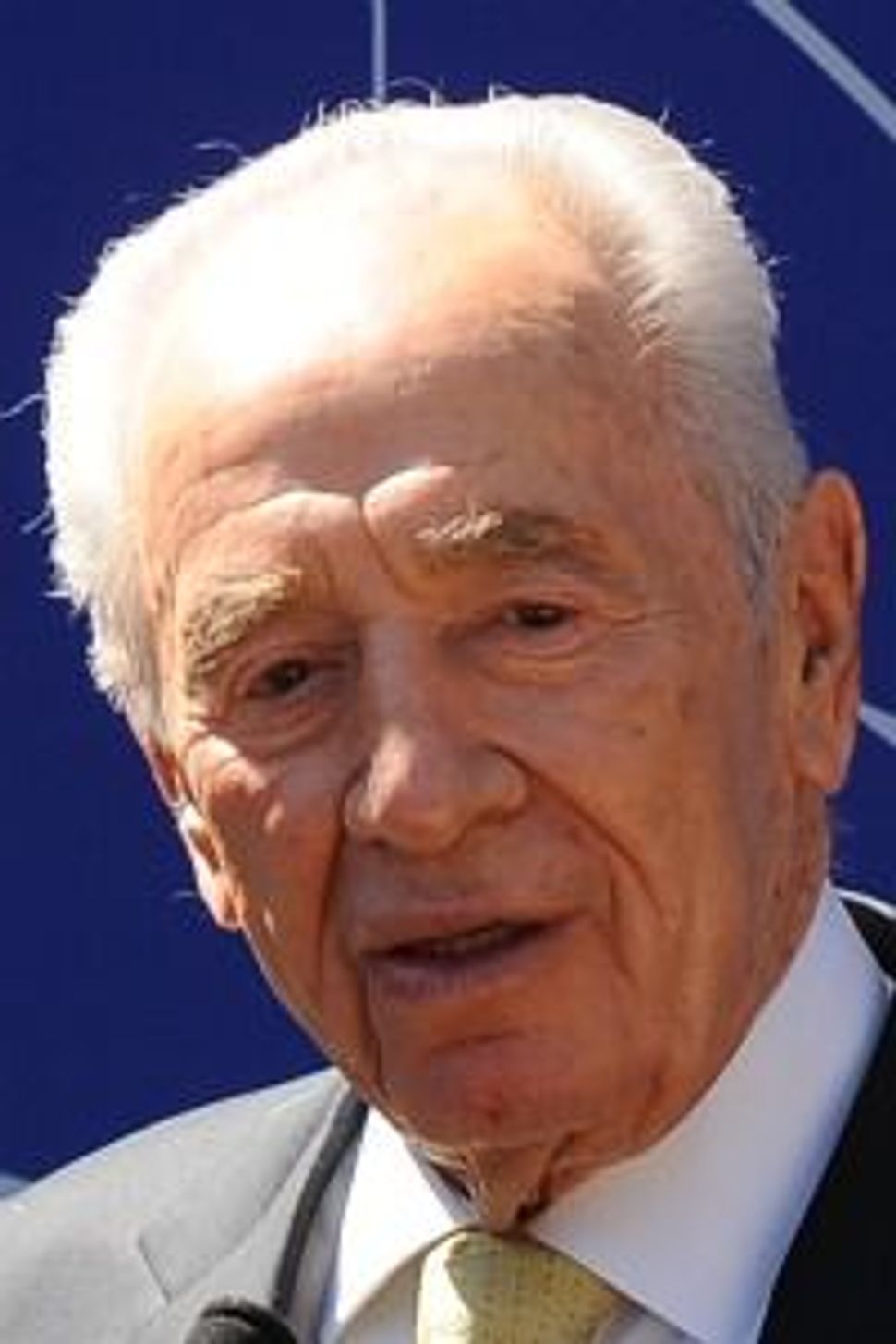 While pundits pondered the crisis brewing over Iran, Shimon Peres was visiting the house that Shrek built, but not exactly to pitch a sequel to Prince of Egypt, the biblical epic that in 1998 launched DreamWorks Animation.

On the second day of his Hollywood sojourn, the Israeli president used his lunch-time tour Friday of Hollywood’s last free-standing animation studio, at the invitation of DreamWorks Animation chief Jeffrey Katzenberg, to thank an assembled crowd of animators, computer graphics artists and production staff “on behalf of the children of Israel” for the studio’s global box office hits. Half-jokingly, Peres added that the younger generation “believed film actors more than politicians.”

Preparations for the visit had been underway for a month and the Secret Service locked down the 14-acre Glendale campus for the president’s visit, with security gates for everyone passing into the courtyard where Peres gave his address.

A booster for new technologies, Peres got a demonstration earlier in the morning of the computer graphics process behind such Dreamwork’s features as the upcoming Rise of the Guardians and Madagascar 3. Meanwhile, as about two hundred of the studio’s 2000 employees gathered by the courtyard fountain, a couple of production guys in their Kung Fu Panda 2 T-shirts, fondling iPads, tried to recall the last time a head of state had paid a visit; was it the president of Madagascar, back in 2005, when the first Madagascar feature was released, a box office blockbuster that took in nearly $200 million?

In fact, the publicly-held company which releases two pictures a year is in a bit of a slump. Puss n’ Boots, the studio’s most recent release, topped the box office its opening weekend last November, but revenues from DVD sales of movies industry-wide continue to drop, impacting the company’s bottom line. DreamWorks Animation stock was down Friday, hovering around $17 from a two-year high of around $43 in March 2010. Nevertheless, the studio is reaching out globally, announcing last month a satellite studio to be built in Shanghai as a joint venture with Chinese investors.

Politically, the DreamWorks SKG triumvirate of Spielberg Katzenberg and David Geffen is an Obama stronghold, with Katzenberg counting as one of the major “bundlers” of campaign contributions for the president. The DreamWorks hosting of Peres might be seen as a subtle reinforcement of the Obama-Israel connection to bolster support among Hollywood’s Jewish electorate.