Gilad Shalit To Get Army Discharge 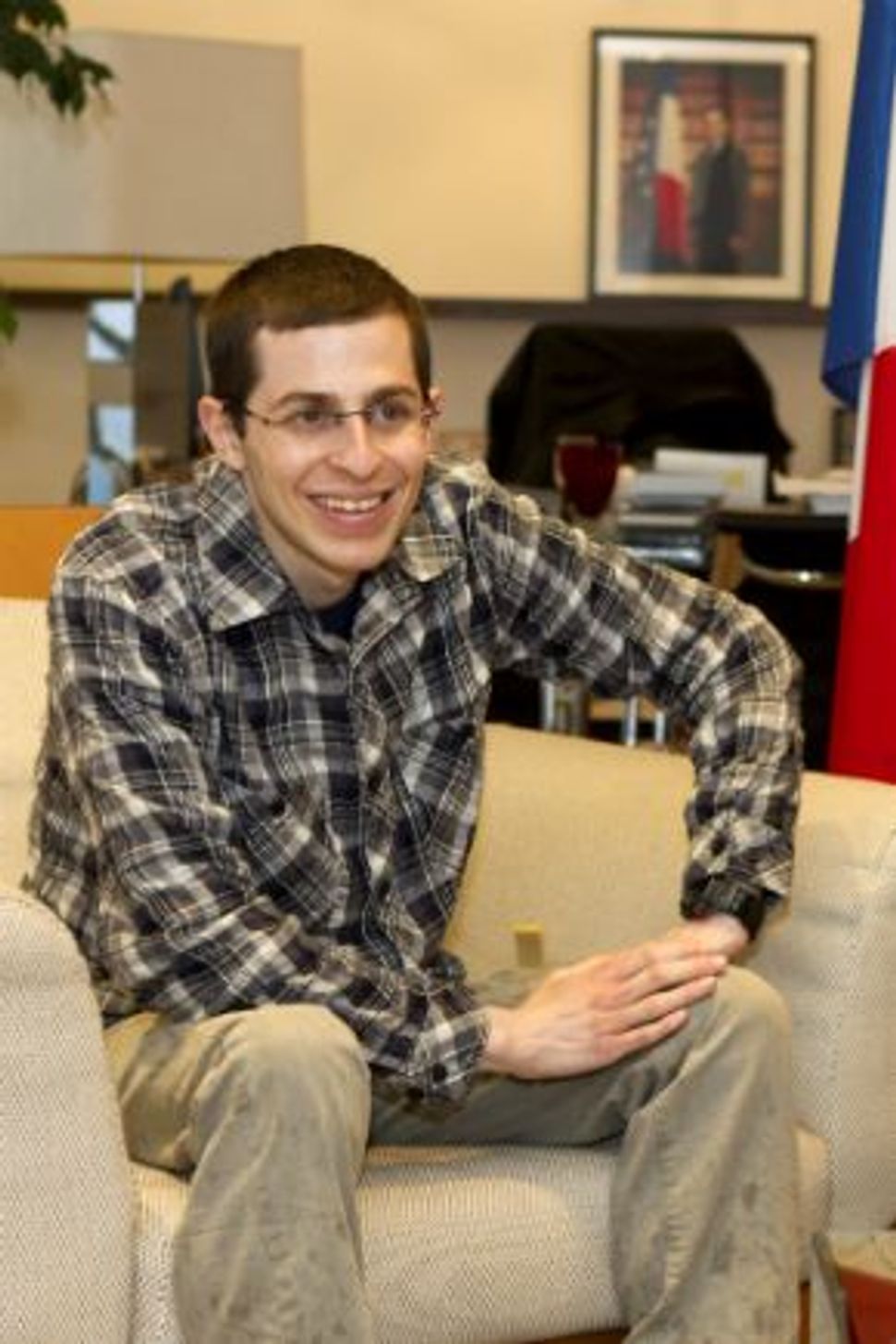 The Israeli press has reported on former Hamas captive Gilad Shalit’s every move since his release and return to Israel last October.

First we were informed of the Gilad Shalit shirt craze, then of his first bike ride and his first visit to the beach. Next we saw him being visited by political VIPs like President Shimon Peres. Before long, he was shmoozing with French President Nicolas Sarkozy on a cold day in Paris and smiling broadly, though a bit awkwardly, as he met with Israeli basketball superstar Omri Casspi.

Now we are being treated to a more mundane newsflash: Shalit is scheduled to be discharged from the IDF by the end of March. (Recall that Shalit arrived in Israel wearing an army uniform, signifying that he was still an Israeli soldier.) He has technically continued to be one, although he has not been on active duty. Shalit has been promoted to the rank of Sergeant First Class.

Shalit is expected to be discharged soon, pending the approval of a medical panel. He has been medically treated under the auspices of the IDF since his return. He will likely continue to receive treatment through the Ministry of Defense’s rehabilitation program once he becomes a civilian.

Will news updates on Shalit, the unlikely celebrity, finally end after he turns in his uniform? The Shmooze highly doubts it.

Gilad Shalit To Get Army Discharge