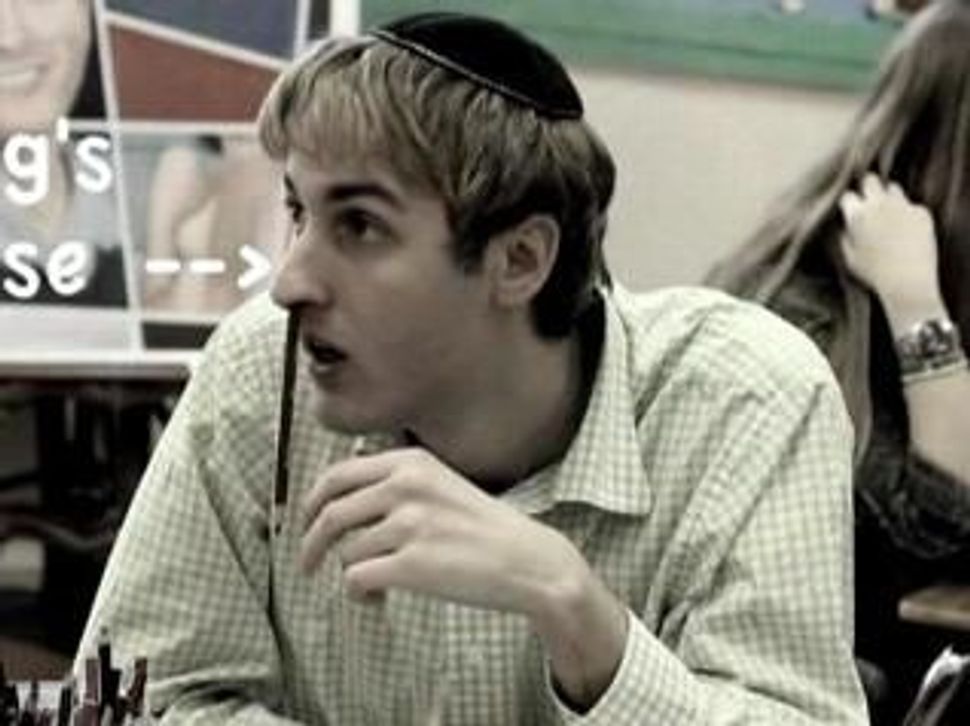 Anyone who has been following The Groggers’ rise to Jewish pop-punk stardom knows that the band likes to push the envelope. But they may have pushed it too far with their latest video, “Jewcan Sam: A Nose Job Love Song.” 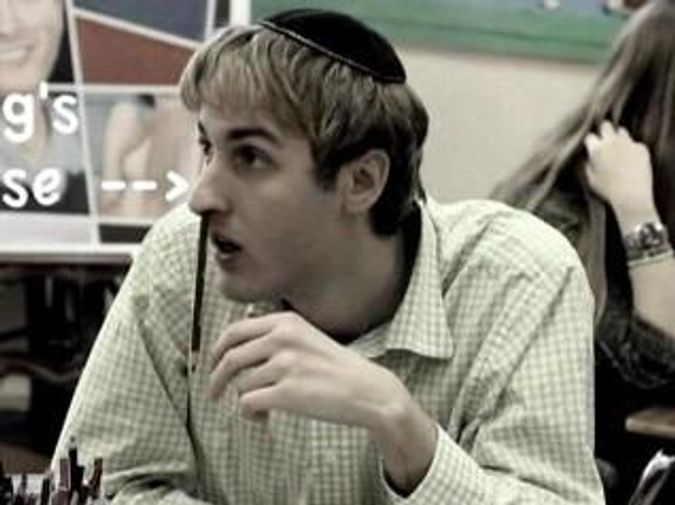 Dr. Michael Salzhauer, a 40-year-old Miami plastic surgeon is under investigation by the American Society of Plastic Surgeons for professional ethics violations resulting from his having commissioned the music video from The Groggers. Salzhauer claims that he was only trying to reach out to the social media-savvy younger generation, and that the ultimate message of the video — that no one should undergo plastic surgery to please someone else — is actually positive.

Notwithstanding the doctor’s assertions, there is much to question about “Jewcan Sam,” which plays out a story of a yarmulke-wearing male high school student who, despite his fears of going under the knife, has his shnoz “circumcised” to please the girl he likes. In the end, the girl of his dreams rebuffs him despite his new, less “Jewish” sniffer. To his dismay, the young man’s hot teacher hits on him, instead.

In many ways, “Jewcan Sam” doesn’t differ from The Groggers’ other songs and videos, known for their clever and critical takes on Jewish stereotypes and internal community issues. Their breakout song, “Get,” was about Jewish men who refuse to give their wives a divorce. Other songs have been called “There’s No ‘I’ in Cherem,” “Eshes Chayil,” “Upper West Side Story” and “The Shidduch Hits The Fan.” For those who didn’t watch TV commercials in their childhood, “Jewcan Sam” is a play on “Toucan Sam,” the colorfully beaked mascot for Froot Loops breakfast cereal.

This time, however, one could legitimately question The Groggers’ judgment in responding to Dr. Salzhauer’s offer to perform rhinoplasty on all the band’s members. The plastic surgeon flew band members from their homes in Queens, N.Y. to Miami, where they filmed the video and lead singer L.E. Doug Staiman actually had a nose job done as part of the process (the other members reportedly declined the doctor’s offer).

“I told him, ‘It’s funny you’re commissioning us to do this, because most of our band members have these massive, deformed noses,’” Staiman told ABC News. “And he generously offered nose jobs to the entire band. But I was the only one who went through with it.”

In other words, The Groggers and Salzhauer bartered a song for a nose, and the ASPS is not buying Salzhauer’s contention that the video is in good taste and morally edifying. The professional organization “has initiated an investigation under its Code of Ethics which clearly requires ASPS members to uphold the dignity and honor of the medical profession.” Salzhauer is facing possible probation and even the loss of his board certification.

Salzhauer, who gave away plastic surgery in 2008 to promote his book explaining plastic surgery to children, did not stop at underwriting The Grogger’s video. He is also holding a contest in which people can make their own music videos for “Jewcan Sam.” It’s not hard to guess what he’s offering as a prize. Hint: The winner might want to compare notes — or profiles — with Staiman.

Dr. Malcolm Roth, president of the American Society of Plastic Surgeons, was quoted as saying of his colleague in Miami: “This is just disturbing that a doctor would play into the frailties of the human condition.”

One could argue that it is disturbing for bands to play into them, as well. What The Groggers’ fans love about them is their playing up — not into — the absurdities, insecurities and idiosyncrasies of Jewish life and identity. They may think they have put forth a positive message in “Jewcan Sam,” but they haven’t. Their collaboration with Salzhauer and Staiman’s nose job cancels out whatever good they might have been trying to do with their song. The whole thing just reeks of eau de publicity stunt.

All that’s left to say to The Groggers is that they had better hope that Staiman’s nose job didn’t affect his ability to sing… or at least belt out those biting lyrics more or less on key.