Bibi and the Tasty Nuclear Duck 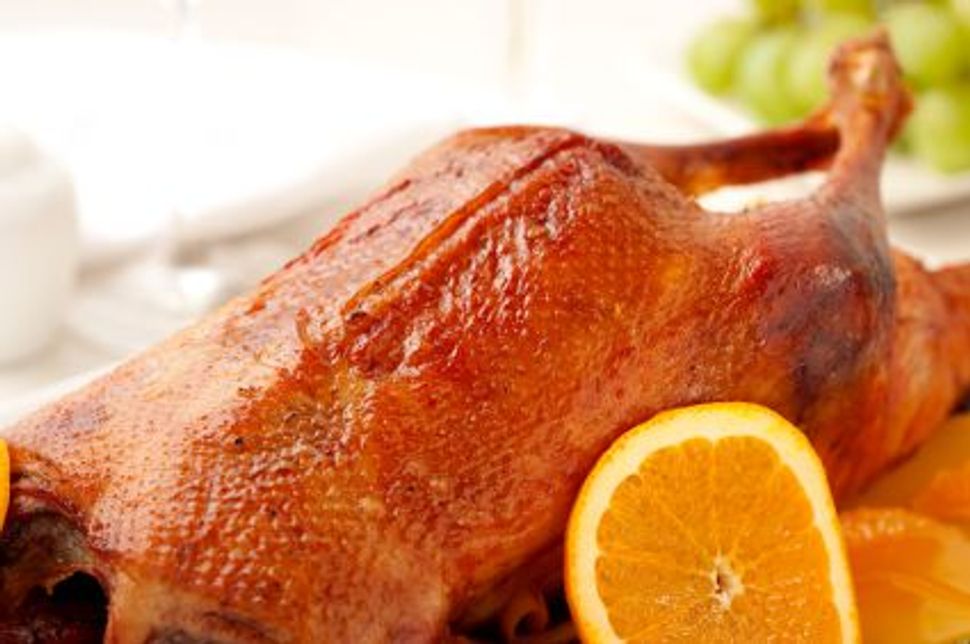 Benjamin Netanyahu’s now-famous duck comment has caused a great deal of amusement at his expense, most famously from this animated remix. Now, the venerated British Broadcasting Corporation, BBC, has set its best comic writers on Bibi.

“If it looks like a duck, walks like a duck, and quacks like a duck, then what is it? That’s right, it’s a duck. But this duck is a nuclear duck and it’s time the world started calling a duck a duck,” said the Israeli Prime Minister at AIPAC.

The BBC Radio 4’s “Now Show” aired a segment on what it calls the “water fowl theory of proliferation.”

For those non-foodies out there, the show had cookery writer Nigella Lawson singing the praises of duck, the delicacy. “Many people say to me how do you get your duck so meltingly tender and delicious and I lick my fingers and say ‘the secret is to ask your butcher for a nuclear duck,’” she says. “The radioactive core of uranium really tenderizes the meat and cooks it through from the inside. I first came across this when I got served a dish intended for a critic of Vladimir Putin.’”

It is not only Netanyahu’s use of language that is mocked, but also his name. Based on the observation it sounds like net-and-Yahoo one of the comedians says he is “the only world leader whose name sounds like an advert for an internet café.” His name was “changed from Net-and-Google obviously because of privacy concerns.”

The segment also took a swing at the American presidential candidates, in particular Mitt Romney, who is scripted as saaying: “Nuclear conflagration in the Middle East could cause the Dow Jones to fall by over 1,000 points. To this end I’ve instructed my broker to short oil futures and switch my dollar demon bonds in to gold. [pause] And I know the average American will do the same.”

You can listen to the segment here — it is the first in the show. But be quick — the BBC only leaves content online for a short period and will take the show down tomorrow.

Bibi and the Tasty Nuclear Duck