Mural Provides Glimpse of Haifa’s Past 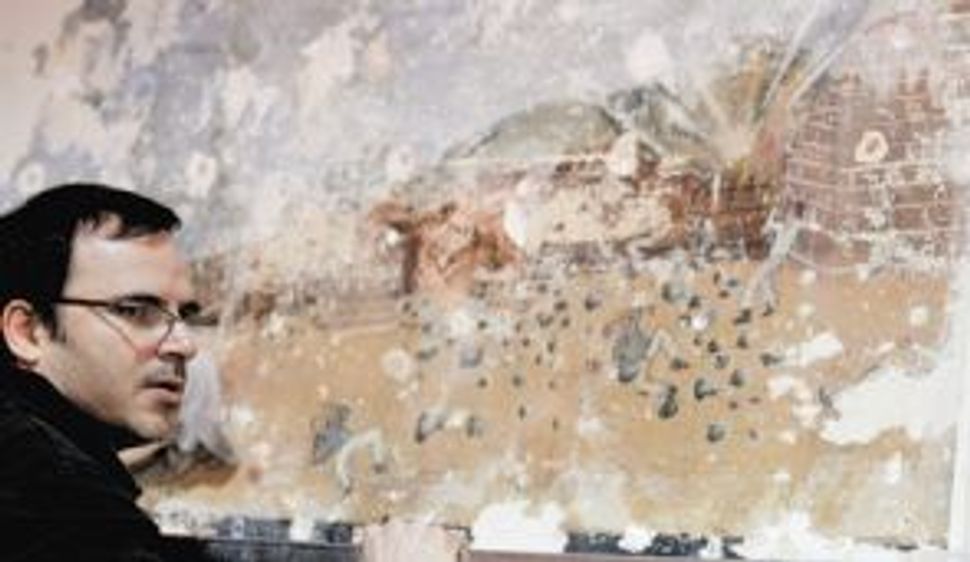 Shay Falkon and the mural inside his Haifa shop. ?Anyone born in a city should know its history.? Image by Hagai Fried 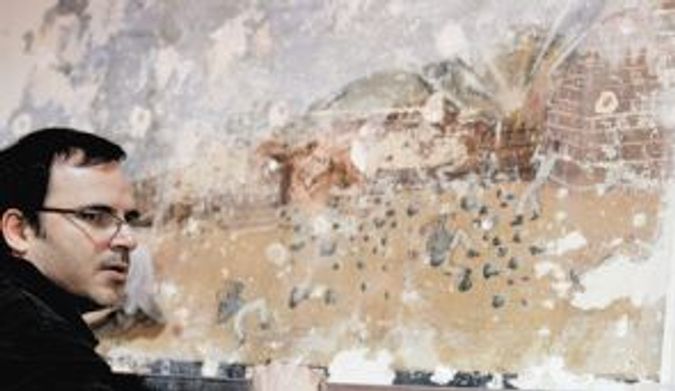 Shay Falkon and the mural inside his Haifa shop. ?Anyone born in a city should know its history.? Image by Hagai Fried

Contrary to the sleepy image it has acquired in recent decades, Haifa was once a global destination. Shay Falkon, who owns a roasted-nut shop in the lower city, received an object lesson in the city’s history recently while repainting a wall in his store. He discovered a battle-scene mural: a downed fighter plane in the sea, warships flying French, British and Turkish flags, cannons, casualties and explosions.

Falkon, the third generation of his family in the nut and seed roasting business, is an amateur historian who enjoys reading about the Ottoman Empire and the British Mandate. He seemed almost taken aback to hear that a visitor earlier last month had made the hour-plus journey from Tel Aviv to see his find. “You came especially for this? Really?” he asked, with a broad smile.

Mural Provides Glimpse of Haifa’s Past